Exiles pipped at the death by Saracens 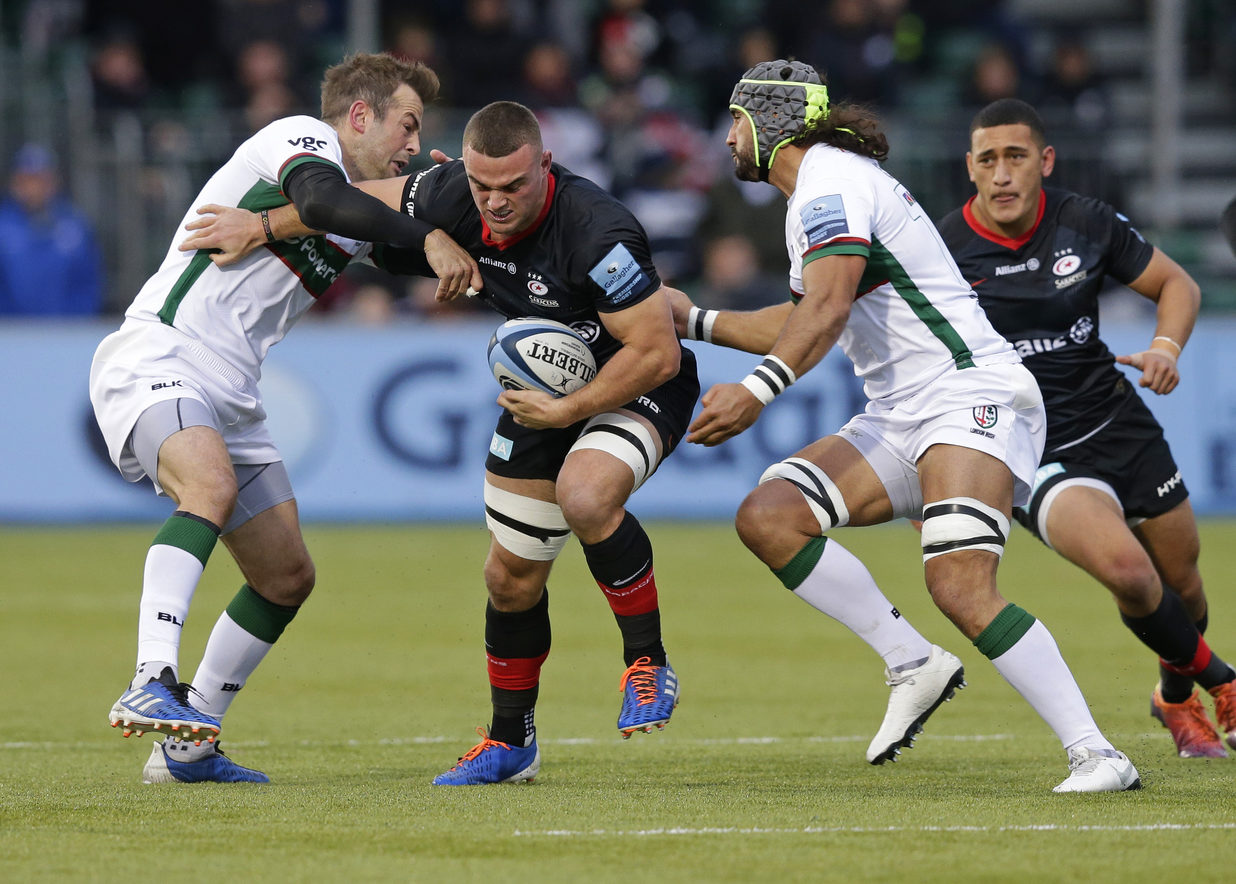 London Irish had to settle for a losing bonus-point at Allianz Park thanks to Manu Vunipola’s penalty goal with the last kick of the match.

Throughout a wet and windy affair, Irish and Saracens battled it out, with the latter edging the result at the death.

It was Irish that were quickest out of the blocks, regathering the kick-off, thanks to tenacious work from TJ Ioane. The flanker regathered the ball and set up a good platform for the visiting side.

Second row Ruan Botha stretched out to touch down but the referee judged it to be a double movement, preventing the opening score.

On the eight minute mark, Irish did get on the scoreboard virtue of a Stephen Myler penalty. A high tackle on Tom Stephenson gave Myler the chance, and he duly took it.

Six minutes later, Saracens levelled the score thanks to an Alex Lozowski penalty. The Exiles were penalised for competing for the ball whilst not on their feet.

It was the hosts that were the first team to cross the whitewash, a powerful rolling maul driving the Premiership champions over the line, with Titi Lamositele the try scorer. The conversion was missed and Saracens led 8-3.

On the half hour mark, another high tackle from Saracens gave Myler the chance to cut the deficit. The fly-half sweetly struck penalty sailed through the posts, reducing the host’s lead to 8-6.

The end-to-end contest continued in a robust manner, with both sides delivering crunching tackles in defence. As a result, both defences held firm until the break, leaving the half-time score at 8-6 in favour of Saracens.

The hosts came out of the blocks quickly, putting Irish on the back foot from the restart.

A smart box-kick from Ben Meehan and a sharp break from Matt Williams gave the visitors some breathing space and a chance to regroup.

At 45 minutes, Saracens had a chance to extend their lead from a penalty, but the kick sailed wide and Irish had a 22m drop-out.

From the resulting kick, Myler thumped the ball clear and, with one bounce, the ball went out, deep in Saracens territory.

The visitor’s confidence grew from this, with some hard carries from Ollie Hoskins, Ruan Botha and Albert Tuisue taking the Exiles forward.

Winger Matt Williams sprinted down the touchline and looked to be in, but a last ditch tackle dislodged the ball and halted the attack.

London Irish continued to pile on the pressure, and that pressure came to a head at 54 minutes.

Fiji international Albert Tuisue couldn’t be stopped from short-range, bundling his way over for his side’s first try of the match. Myler converted in the tricky conditions to leave the score at 8-13 in favour of the visitors.

Another missed penalty effort just before the hour mark gave Irish a let-off, but Saracens momentum began to build.

Tremendous efforts in defence from Botha, Ioane and Franco van der Merwe kept the charging Saracens phases at bay as the weather worsened.

Both sides looked to the kicking game, testing each other under the high ball in the swirling winds and rain.

With the clock at 74 minutes, Saracens kicked into the Irish 22m and began rolling to the line. The maul collapsed and prop Allan Dell was shown a yellow card, with the resulting kick being sent back into the corner.

Saracens went over the Exiles line at the second time of asking, with Ben Earl the scorer. After a missed conversion, the score was locked at 13-13 with two minutes to play.

In the final moments, referee Adam Leal awarded Saracens a penalty, Irish deemed to be holding onto the ball on the floor.

Youngster Manu Vunipola held his nerve to convert the penalty with the last kick of the match, securing the victory for the home side and leaving London Irish with a losing bonus-point, final score 16-13.