Exiles name squad for first home fixture of the season 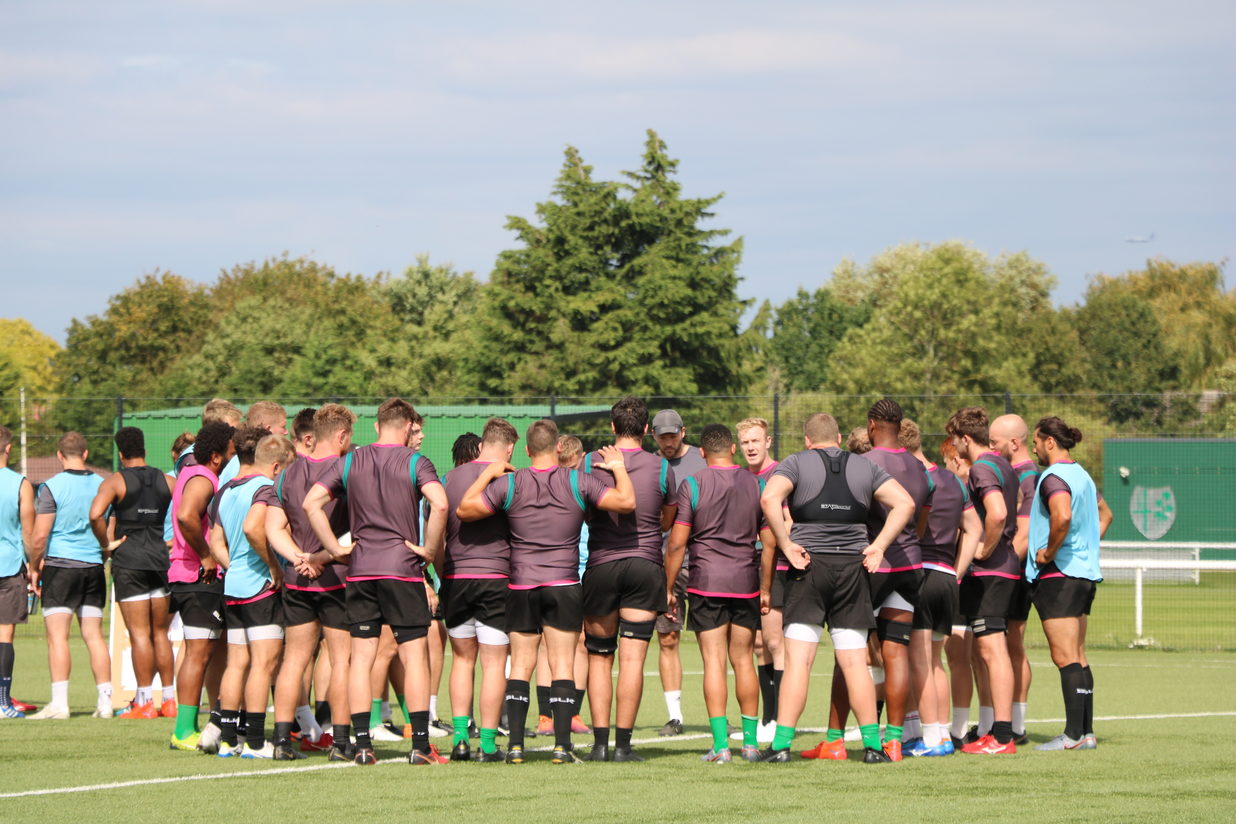 London Irish has named their team to take on Harlequins at the Madejski Stadium in Round 2 of the Premiership Rugby Cup on Saturday 28 September (kick-off 3pm).

Harry Elrington, Saia Fainga’a and Patric Cilliers combine to make up a robust front row, with Franco van der Merwe captaining the side from the four jersey. George Nott partners van der Merwe in the second row, with Nott looking to continue his try scoring form, following his debut against Gloucester last week.

Jack Cooke and Blair Cowan are named at openside and blindside flanker respectively as Matt Rogerson completes the backrow from number 8.

Scott Steele, fresh from his hat-rick of tries at Kingsholm, is joined by Paddy Jackson in the half-backs, Jackson making his first start for the club.

The centres remain the same from the Exiles last outing as Terrence Hepetema and Curtis Rona continue to establish their partnership from inside and outside centre.

Ollie Hassell-Collins retains his starting place on one wing, with Ben Loader coming into the starting team on the other flank. Tom Parton is named at fullback, for his first appearance at the Madejski Stadium since his return from injury.

Among the replacements is scrum-half Caolan Englefield and prop Will Goodrick-Clarke who will make his debut for the club, should he be required from the substitutes.

“It is great to be back playing at the Madejski Stadium for the first time since April. The squad has worked hard in training this week and is looking forward to the challenge that Harlequins will provide.

“We know it will be a step up from last week and we have prepared thoroughly for this Premiership Rugby Cup contest” said Declan Kidney, director of rugby.