Exiles lose at the death to Quins in Premiership Rugby Cup 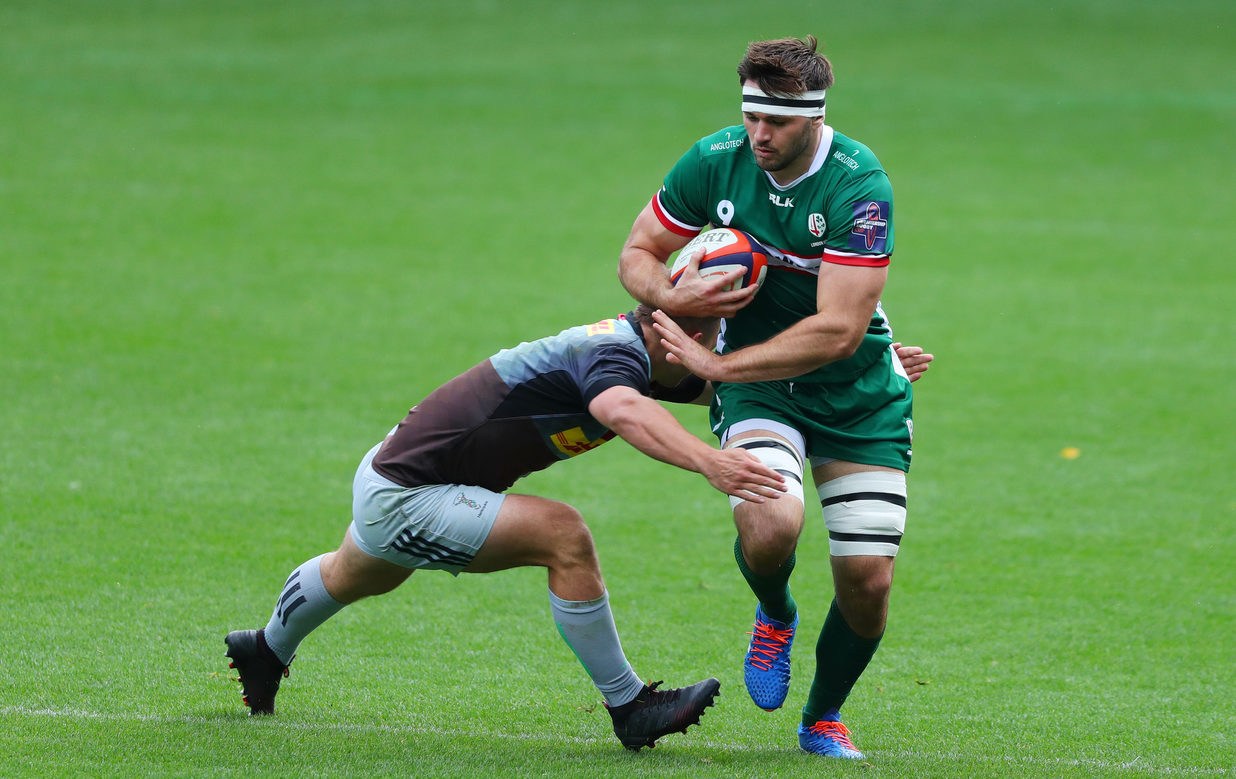 London Irish were denied a home win in the Premiership Rugby Cup with Harlequins scoring a try late on and slotting a last gasp penalty to claim the Round 2 victory.

Paul Gustard’s side scored three tries to the Exiles’ two to maintain their 100% record in the tournament with Irish left to ponder what might have been.

The Exiles found themselves behind after only two minutes. Harlequins winger Gabriel Ibitoye broke down the right-hand flank and passed inside to the supporting James Lang to dot down. The conversion from the touchline missed.

Irish worked their way into the contest and with Harlequins having two players (Lewies and Kerrod) in the sin-bin, the Irish pack drove towards the Quins line. When the ball found its way out to the back,Terrence Hepetema cut a great line and took a Scott Steele pass, to barge his way over the line for his first try of the season. Paddy Jackson converted to give his side a 7-5 lead.

Brett Herron restored the visitor’s lead with a straightforward penalty goal after 22 minutes, after Irish failed to roll away at the breakdown. Enjoying some good front foot ball, the Exiles began to make inroads into Quins territory with Hassell-Collins and Loader making solid breaks.

With 11 minutes of the first half remaining, Curtis Rona came very close to scoring, but was bundled into touch before planting the ball over the line. From the resulting line-out, the ball was over thrown and Saia Fainga’a was gratefully on hand to dive over the whitewash. Jackson’s conversion narrowly missed, but nevertheless Irish were back in front 12-8.

Irish extended their lead five minutes before the break, with another Jackson penalty goal, thanks to great work from the pack at scrum time. The teams headed off for half-time with the home side leading 15-8.

The Exiles continued where they left off from the first half and challenged the Quins defence. Matt Williams, on as a second half replacement, crashed the ball up the middle on the 50 minute mark, but the composure to convert the pressure and territory was missing.

Quins compounded this with their second five pointer of the afternoon with winger Ibotoye scoring a brilliant individual try to reduce the Exiles lead to 15-13 with 25 minutes remaining.

This tight contest was going down to the wire and when Alex Dombrandt crossed for the visitors third try with just over 10 minutes remaining to level the score at 18 all.

Ollie Hassell-Collins was inches away from scoring a great try moments later, but Harlequins replacement Ross Chisholm chased him down and dislodged the ball before the winger was able to touch down.

The crucial point in the game was only a few minutes later, with Quins putting themselves in a position to go in front as they were awarded a penalty in Irish territory. Brett Heron stepped up and his long-range effort went through the posts.

Herron’s effort was enough as the visitors held on for the victory.

Next up for London Irish is a trip to Bristol Bears for Round 3 of the Premiership Rugby Cup on Sunday 6 September.