Exiles hold off Falcons to secure back to back home wins 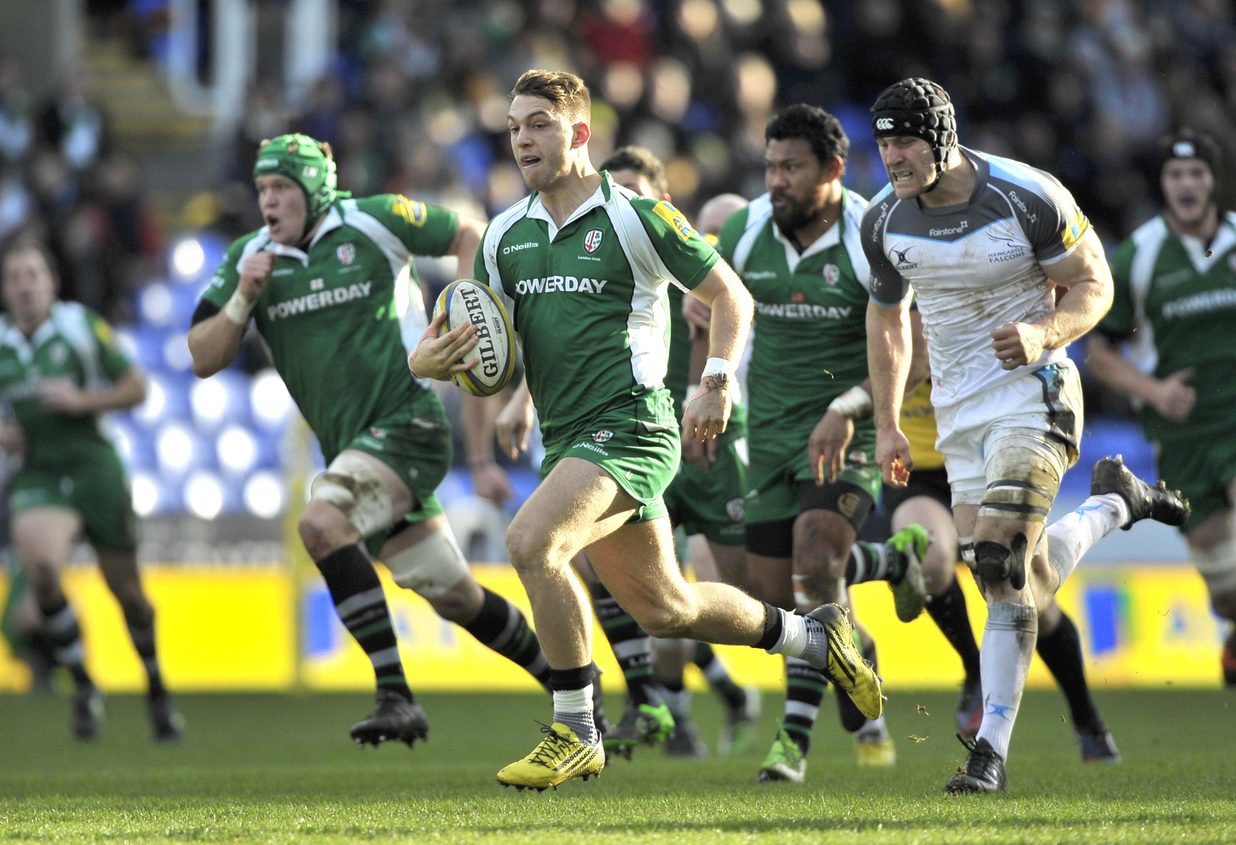 London Irish welcomed Newcastle Falcons to the Madejski Stadium on Sunday 10th January for their round nine Aviva Premiership clash.

Tom Coventry made two changes to his side, with Jebb Sinclair and Topsy Ojo staring at flanker and full back respectively.

After a scrappy first half, Irish took a narrow 6 – 0 lead into the break thanks to the boot of Chris Noakes who was then forced off through injury on the stroke of halftime.

His replacement, Shane Geraghty, had an immediate impact. First, a well judged kick-off to start the second period saw Alex Lewington cross for the first try of the game before a high bomb kick from Geraghty allowed Topsy Ojo to cross the whitewash minutes later.

Newcastle fought back with two tries of their own but Irish held on in the closing stages to win 20 – 15.

Newcastle Falcons controlled possession in the opening phases, however it was London Irish who claimed the first points of the match. After working their way into the Falcons’ 22, Will Lloyd was the recipient of a high tackle which gifted Chris Noakes a simple three points.

Noakes doubled the lead to 6 – 0 with a penalty from in front of the sticks following the Irish pack winning a penalty at the scrum after 25 minutes.

Newcastle looked to have claimed the first try of the game soon after, but following a TMO referral Chris Harris was deemed to have knocked it on over the line.

The closing plays of the half saw Irish camping out in the Falcons 22 for a number of phases, but the visitors held firm to leave the halftime score 6 – 0 in favor of the Exiles.

London Irish started the second half in an emphatic fashion. Shane Geraghty kicked off having replaced an injured Chris Noakes at half time. Lewington claimed the ball off the restart and sprinted away to dive in at the corner for the first try of the game, with Geraghty nailing the conversion from the touchline to bring the score to 13 – 0.

Geraghty supplied another piece of magic form the boot soon after. As the Irish pack rumbled into the 22, Geraghty put up a high ball which Ojo claimed to crash over the line. Geraghty again converted to make it 20 – 0.

Following this early flourish it was Newcastle’s turn to attack. Four times then went to the corner, as Irish gave away penalties whilst defending. And on the fourth attempt Nili Latu broke away from the maul to crash over and bring the scores to 20 – 5.

London Irish were reduced to 14 men when David Paice was sent to the bin for a high tackle on 60 minutes, gifting replacement Andy Goode a simple three points from in front of the posts to make it 20 – 8.

Newcastle crossed for their second try of the match with 13 minutes to go, Marcus Watson collecting a chip through to slide in at the corner. Goode converted to make it 20 – 15.

The final plays saw Newcastle camped on the Irish line but the Exiles held on, Luke Narraway with a crucial turn-over to win a penalty and McKibbin booted it into touch to bring the match to a close.

Next week sees a return to the European Challenge Cup as London Irish welcome Grenoble to the Madejski Stadium. Tickets are available via ww.lidirect.co.uk or call 0118 968 1016.