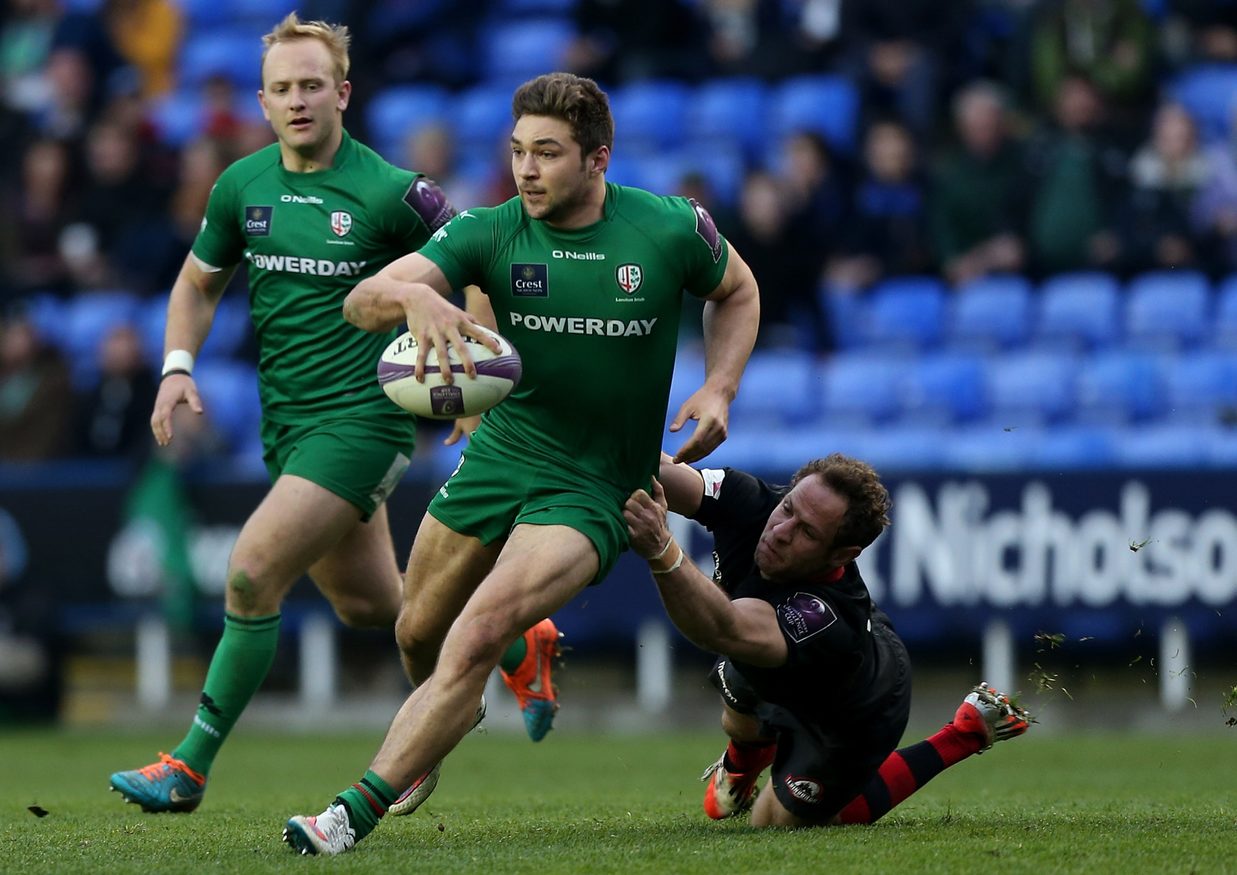 After a poor start to the match for the Exiles, trailing 16 – 0 after 20 minutes, they rallied to come back but ultimately fell short with a final score of 18 – 23.

Tries from Conor Gilsenan, in the final play of the first half, and Scott Steele saw Irish take the lead in the second half before a Fraser McKenzie try after 60 minutes saw the visitors with their noses in front. The final play saw David Paice crash over for London Irish but after a TMO referral it was disallowed, thus ending the Exiles’ European campaign.

Edinburgh took an early lead just one minute into the game. London Irish were penalised after a high tackle and the visitors took a three point lead through a Sam Hidalgo-Clyne penalty from just inside the Irish half.

This lead was extended on the 10 minute mark after a powerful maul with WP Nel breaking away to crash over from short range. Hidalgo-Clyne added the conversion and two more penalties soon after to make it 0 – 16 in favour of the visitors after 20 minutes.

Irish got onto the board after half an hour. After missing an earlier shot at goal the Exiles’ fly half Shane Geraghty made no mistake this time, knocking over the penalty from just inside the 22 to make it 3 – 16.

London Irish scored a crucial try on the stroke of half time, Andrew Fenby putting Conor Gilsenan away from 20 metres out, and with the conversion from Geraghty the scores stood at 8 – 16 at the break.

Irish continued to close the gap at the start of the second half. Shane Geraghty converted a penalty just five minutes into the half after sustained London Irish pressure to make it 13 – 16.

Replacement Tom Fowlie provided a moment of magic for Irish after 52 minutes. A chip over the top from Shane Geraghty pithed Fowlie against Tim Visser and Fowlie rose to the challenge, claiming the ball to allow Scott Steele to dive in at the corner and take the lead for Irish for the first time in the game. Geraghty was unable to convert leaving the score at 18 – 16.

Fraser McKenzie reclaimed the lead for Edinburgh with 20 minutes to go. Hidalgo-Clyne set the move in motion, picking from the base of a ruck to push deep into Irish territory and after a couple waves of attack McKenzie was able to crash over from short range. Hidalgo-Clyne added the extras to make it 18 – 23.

The closing minutes saw London Irish camped on the Edinburgh try line.  Edinburgh were reduced to 14 men when John Andress was sent to the sin bin and Irish pushed on, inches short as the clock ticked into the red. And then, in the final play David Paice crashed his way over only for TMO Eric Gonthier to rule ‘no try’ as there was no clear sight of the ball being grounded.

Next week London Irish welcome Sale Sharks to the Madejski as the Aviva Premiership returns next week.