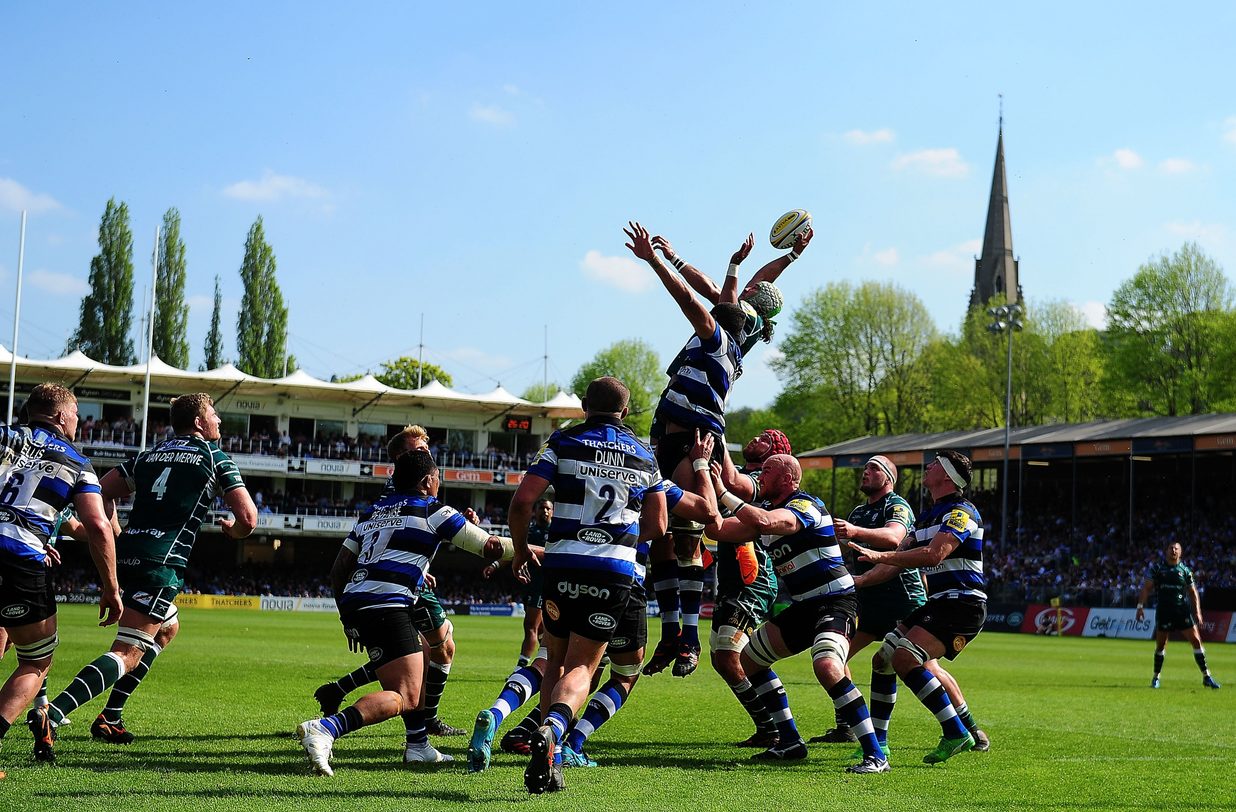 London Irish ended their Aviva Premiership campaign with a 63-19 defeat to Bath Rugby at the Rec, the West Countrymen securing the final Champions Cup spot with a Matt Banahan inspired display.

Banahan bagged a hat-trick and was denied his 100th Bath try in the closing stages, while Rhys Priestland and Freddie Burns nailed all eight conversions.

Irish’s tries came in the shape of a Josh McNally brace and a second half score from Premiership debutant Ben Loader.

Bath were in the ascendancy as early as the third minute, Banahan linking up with Cooper Vuna, who in turn set-up Taulupe Faletau for the opening try. Six minutes later Vuna grabbed his second score in as many games, scooping up the ball from the base of a ruck to touch down on the back of some excellent build-up play from Francois Louw and Tom Ellis.

14-0 down, the Exiles began to build sustained pressure on Bath’s backline as they looked for an immediate response. However, midway through the first period Banahan went over for the first of his three tries. Just past the half hour mark, James Wilson darted over from close range to secure the hosts’ bonus point. And on the stroke of half-time, Elliott Stooke got in on the act after a blistering run from Tom Dunn, Priestland again adding the extras.

It took 13 minutes of the second period for Bath to increase their lead, Banahan raising the roof as he crashed over from a driving maul. Moments later Wilson doubled his tally for the afternoon, collecting Burns’ neat chip-kick to race clear.

49-0 up, Bath’s defensive line was finally breached on the hour mark by virtue of McNally’s sheer brute strength as he stretched over after Irish had worked through the phases. Greig Tonks cannoned the near post with the subsequent conversion.

Bath were soon on the front foot once more, and it was not long before Banahan notched up his hat-trick, the centre barging his way over the whitewash from the back of a maul.

After Will Vaughan got himself on the score sheet, Irish registered their second try of the contest through Premiership debutant Loader. Tonks was the architect, collecting his own chip-kick, before feeding Loader with an exquisite back-handed pass.

Tonks made no mistake with the conversion and with the last play, McNally went over for his second try of the game, with David Paice kicking the conversion in his last outing for the club before retirement.