Exiles edged out by Sale 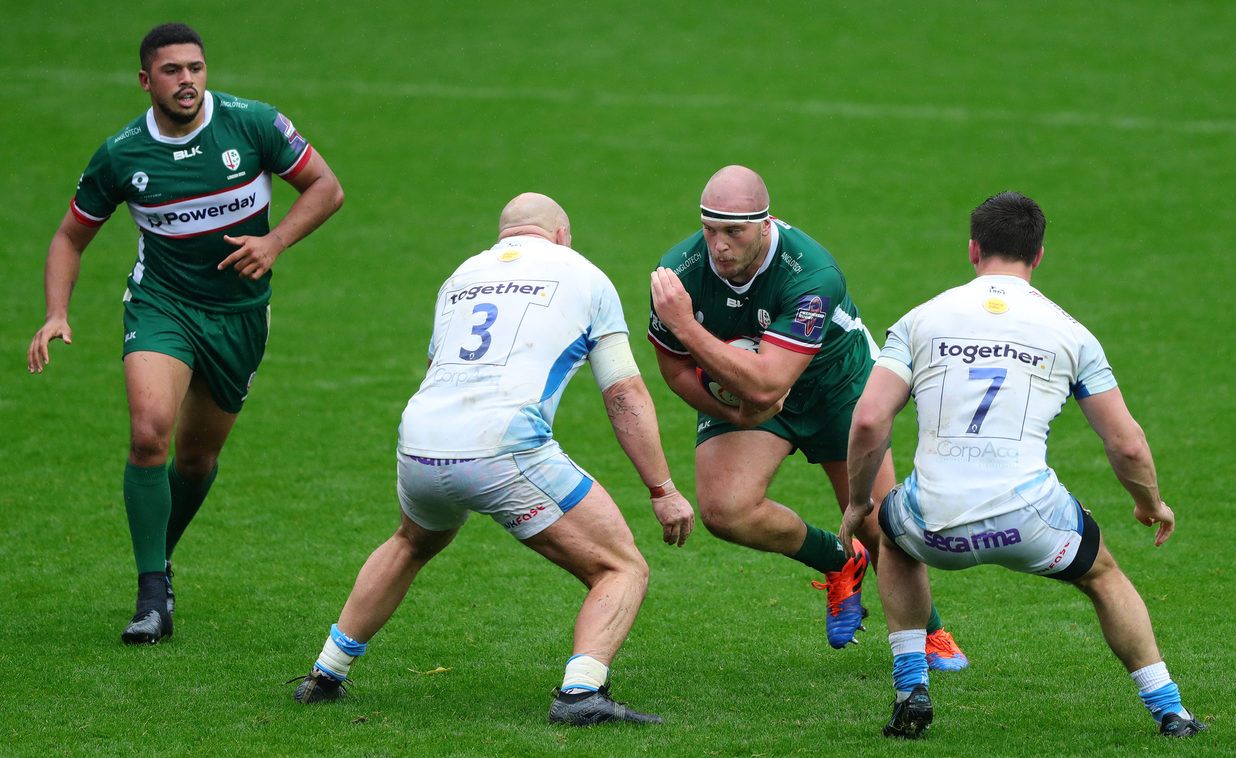 The visiting Sale Sharks grabbed a slender 27-22 victory at a wet Madejski Stadium in the final round of pool fixtures of the Premiership Rugby Cup.

The Exiles crossed for three tries, with Saia Fainga’a, Ollie Hoskins and Ben Loader all dotting down but, a Akker van der Merwe try, eight minutes from time, was enough to ensure Sharks the victory.

London Irish were ahead after eight minutes following a long passage of possession in the Sharks 22. The visitors did well to repel the initial Exiles attack but, gave away a penalty in the process, which was kicked to the corner. The forwards set up a driving maul with Saia Fainga’a coming up with the try. Paddy Jackson added the conversion to make it 7-0

Steve Diamond’s side dominated the ball for the following minutes, putting Irish under lots of pressure. Eventually, the pressure told, and Simon Hammersley was able to score in the corner. The conversion was missed, and Irish held a narrow 7-5 advantage.

Sale were looking the more threatening in attack and when Dan Du Preez busted through the Exiles defence, Chris Ashton was in support to gather and dot down under the crossbar. Rob Du Preez converted to give his side a five-point lead at 7-12.

Paddy Jackson was mixing up the Exiles attack and when his chip kick was regathered by Curtis Rona, Irish were on the front foot. Jono Ross killed the ball at the breakdown and was given 10 minutes in the sin bin. Paddy Jackson kicked the penalty to reduce the arrears to 10-12 with a few minutes of the first half left.

Rob Du Preez kicked a penalty on the stroke of half time, following a high tackle offence, to make it 10-15 at the break.

Irish started the second half in aggressive fashion, all stemmed from a brilliant chase on the restart from Ben Loader, which led to the ball being turned over. The forwards were patient and eventually Ollie Hoskins bundled over for his side’s second try. Jackson converted as Irish hit the lead 17-15.

Irish added their third try of the afternoon on the 54-minute mark and it was Paddy Jackson who made the break before offloading to the supporting Ben Loader to cross the line.

The seesaw contest continued with Chris Ashton showing his pace to dot down the ball ahead of the London Irish defence to have his second of the afternoon. Du Preez’s conversion levelled the scores at 22-22 with just over 15 minutes remaining.

Barney Maddison was sent to the sin bin with 10 minutes remaining and visitors made the man advantage count crossing for their bonus point try through replacement hooker Akker van der Merwe. Irish had opportunities towards the end of the match, but were unable to capitalise and Sale were the victors 22-27.