Exiles confirm side for London derby 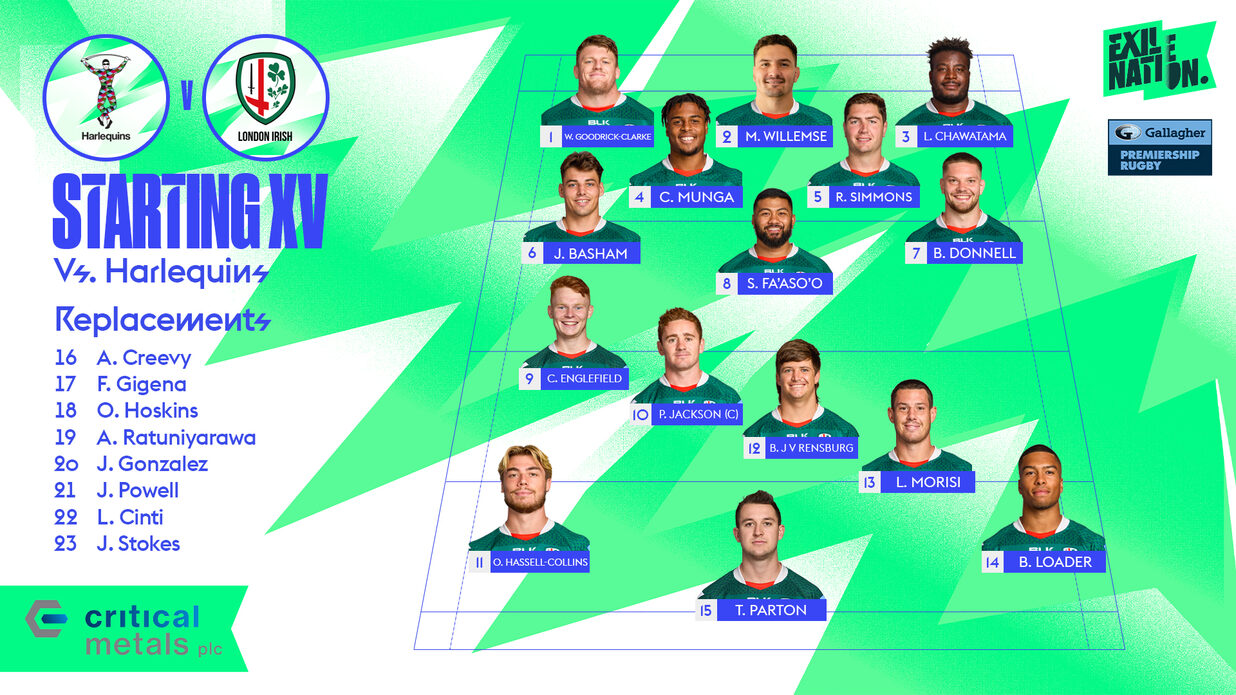 Declan Kidney has named the squad that will travel to Harlequins for Round 8 of the Gallagher Premiership.

Will Goodrick-Clarke, Mike Willemse and Lovejoy Chawatama are in the front row, with Chunya Munga and Rob Simmons in the second row.

Caolan Englefield and Paddy Jackson are the halfback duo, with Benhard van Rensburg and Luca Morisi in the centres.

An all-Academy graduate back three of Ollie Hassell-Collins, Ben Loader and Tom Parton complete the line-up.

“A fixture against Harlequins is always a special occasion for supporters and players alike,” said Declan Kidney, Director of Rugby.

“We have prepared well and are excited to test ourselves against the challenge that Tabai Matson’s team will present.

“It will be up to us to overcome the noise from the home supporters and to put our best foot forward.”