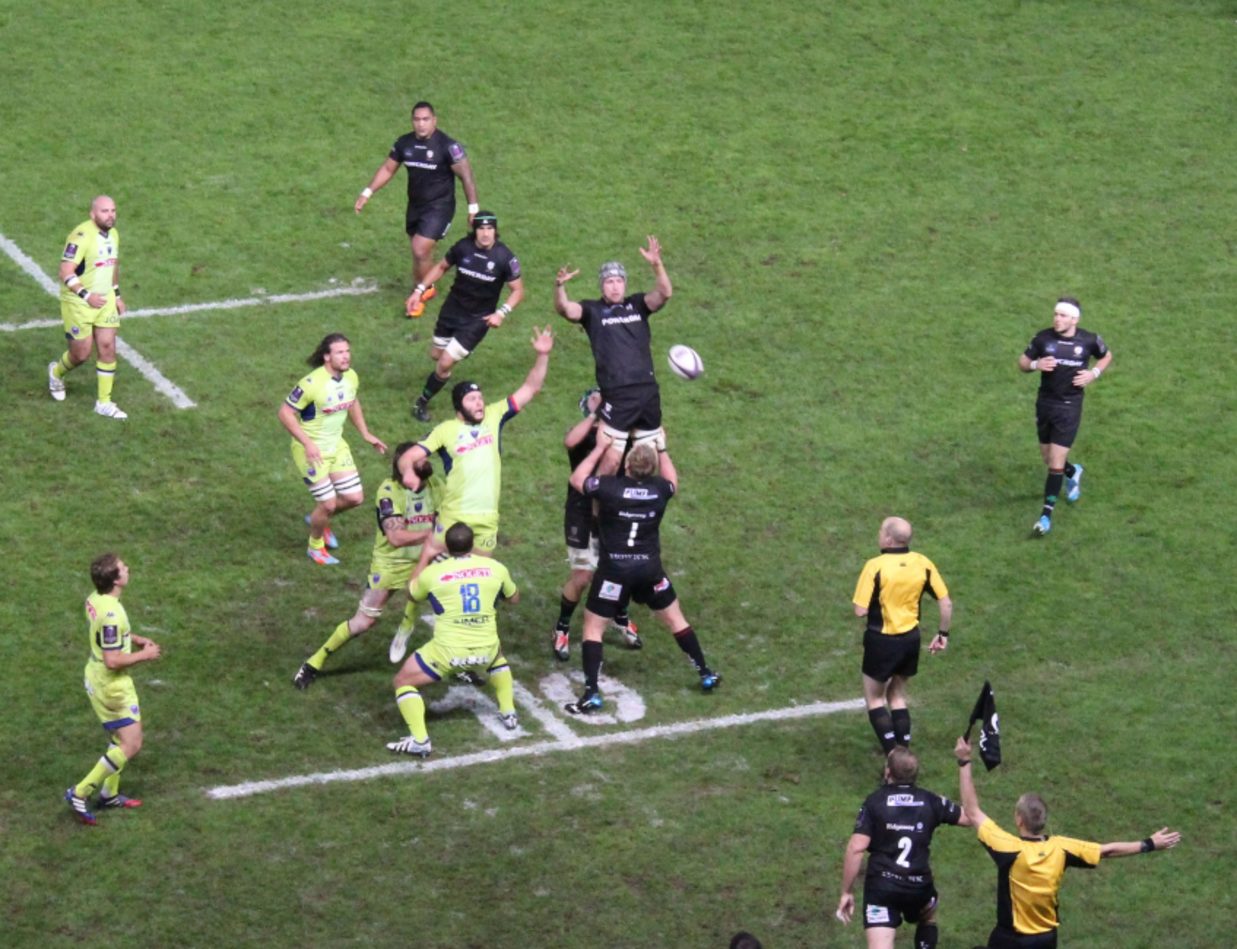 London Irish travelled to Grenoble for their first away game of the new European Challenge Cup.

Irish went into the game hoping to build on the back of their 70 – 14 rout of Rovigo Delta a week earlier with Brian Smith returning to the starting XV that have featured heavily in the Aviva Premiership.

Grenoble, currently sitting sixth in the Top 14 and unbeaten at home so far this season, were looking for a return to form having lost out to Cardiff in round one.

Irish ran in five tries, whilst keeping their own line in tact as they came away 15 – 25 winners in a raucous atmosphere in the shadow of the Alps.

Fifteen points from the boot of James Hart kept the hosts in the contest but a Chris Noakes penalty and a try from Luke Narraway saw the Exiles pull away.

Grenoble were the first to get points on the board. The Irish pack penalised at scrum time the hosts wasted no time in opting for the posts and skipper James Hart delivered the goods; 3 – 0.

Irish struck back soon after following a multi-phase build up. Strong carries from Halani Aulika provided the platform for Shane Geraghty to feed Mulchrone who powered his way over in the corner, 3 – 5.

Another penalty from the boot of Hart however reclaimed the lead for the hosts, making in 6 – 5 after a quarter of an hour.

After 20 minutes Grenoble were down to 14 men with Daniel Kilioni sent to the sin bin following a dangerous tackle. Irish went for the corner and the forwards powered their way over with Halani Aulika the man with his hands on the ball to dot it down. Captain Shane Geraghty added the extras to make it 6 – 12.

James Hart continued to make Irish pay for their ill discipline. The scum half landed another penalty after 28 minutes to close the Irish lead with the scores at 9 – 12.

London Irish scored try number three after 34 minutes. Again the side showed patience and built the phases in their oppositions 22. This patience soon paid off and Alex Lewington showed his pace and power to finish well to make it 9 – 17, which is how it stayed until the break.

Hart collected the first points with two successful shots at goal. These penalties made it at two point game with the score at 15 – 17 after 53 minutes.

A penalty from Chris Noakes increased the Irish lead back to five points at 15 – 20. Ten minutes later Irish scored try number four, Luke Narraway crashing over to bring the scores to 15 – 25 with 67 minutes gone.

As the game entered it’s closing moments it became a scrappy affair. Grenoble attempting run the ball from deep and Irish looking to control the game with tight carries and as the pressure increased the errors started to creep in.

The final play saw Grenoble going for one last try but the Irish defence held firm with a try saving tackle from James Short forcing the knock-on. As the final whistle went The Exiles’ claimed not only the first win in Grenoble for a visiting side all season, but an all important bonus point win on the road.

Irish next face Leicester Tigers in the first game of this season’s LV= Cup at the Madejski Stadium next Saturday.