Exiles character shines through in draw at Ashton Gate 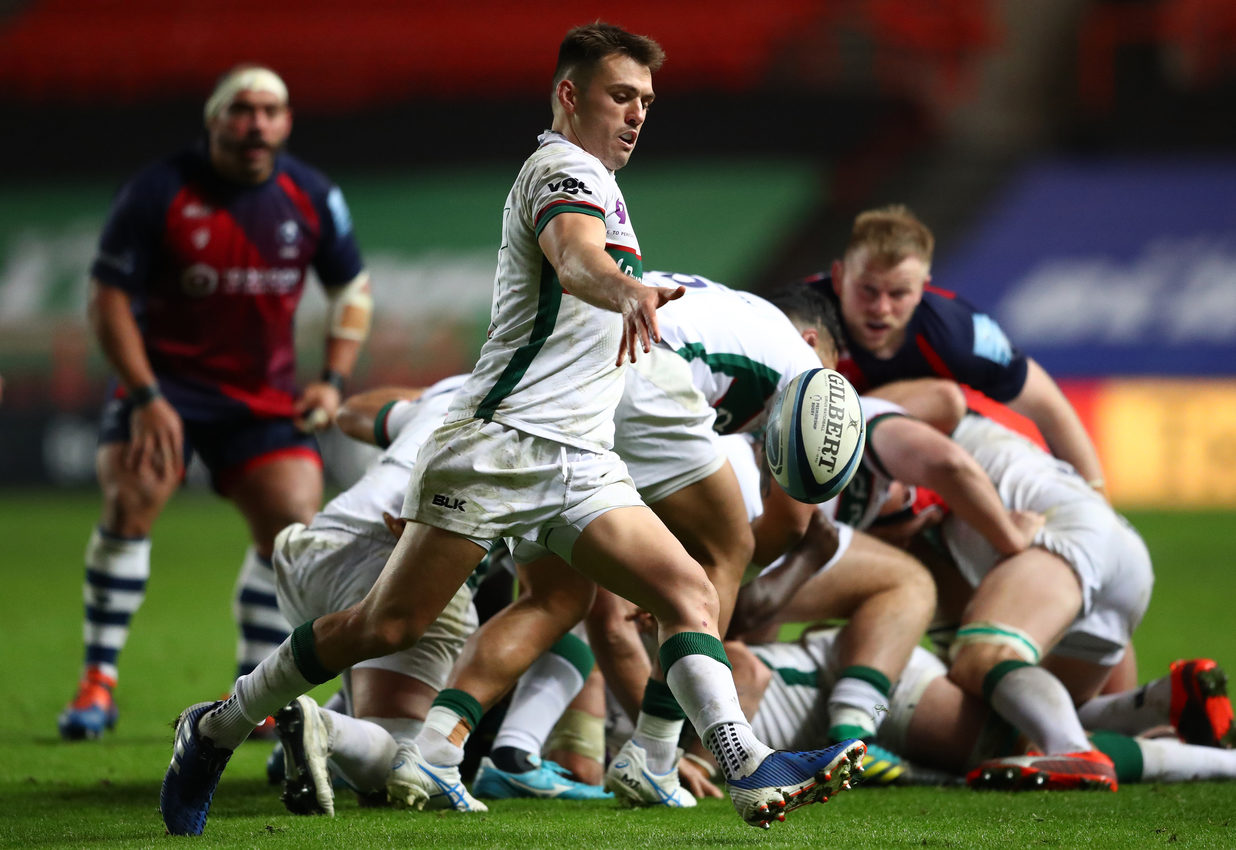 London Irish showed plenty of spirit and tenacity to record a 27-27 draw at Ashton Gate this afternoon.

Stephen Myler kicked a penalty goal with just under a minute to go to level the game and ensure the Exiles went away with two points.

Declan Kidney’s side played the second half with 14 men after Ollie Hoskins received a red card on the stroke of half time. Tries from Meehan, Naholo and Parton and an immaculate goal kicking display from Myler secured the draw for Irish.

Both teams were very strong defensively in the first quarter, refusing to give an inch. The hosts had a good spell of possession well inside the Exiles 22 around the eight-minute mark, but Declan Kidney’s side held strong and avoided conceding any points.

Callum Sheedy had the first penalty goal attempt of the half after 21 minutes, however his effort ricocheted off the left-hand post falling fortuitously to Blair Cowan, who was able to clear his lines.

Bristol’s fly-half made no mistake five minutes later when referee, Wayne Barnes awarded the hosts a penalty in front of the posts, following a high tackle, to take a 3-0 lead.

The Exiles crossed for the opening try of the match after 35 minutes, Terrence Hepetema offloading out of the tackle to Curtis Rona. The Australian drew the full-back and passed inside to his compatriot Ben Meehan, who dived over the line. Myler converted to make it 3-7 with five minutes of the first half remaining.

There was a key moment in the match on the stroke of half-time when Wayne Barnes was referred to the big screen to review an Ollie Hoskins clear out by the TMO. It was deemed illegal and Hoskins was shown a red card. The Exiles were resolute and held out until half-time maintaining their 3-7 lead.

The one-man advantage was exploited six minutes into the second half with a Nathan Hughes try following a good break from Harry Thacker. The score put the Bears 8-7 ahead.

Stephen Myler restored his side’s lead with a penalty goal ten minutes into the second half to edge the Exiles back in front 8-10.

A brilliant piece of Bristol attacking play saw them in for their second try of the afternoon. Charles Piutau on the end of some great handling work to score under the posts. Sheedy’s conversion made the score 15-10.

Irish had a TMO decision for a try ruled out, but made amends moments later, Waisake Naholo intercepting the ball on half-way and running 50 metres to score. Myler kicked the conversion to put his side back in front with just over 15 minutes to go.

The tries in the second half kept coming, Bristol replacement second row Ed Holmes stormed clear of Irish defenders to put the hosts back in the lead 20-17 with 10 minutes left in the contest.

Bears prop John Afoa was sent to the sin bin for 10 minutes for a cynical infringement with Irish on their goal line. The Exiles opted for the scrum and Myler took the ball to the left and passed to Rona who found replacement winger Tom Parton, who dived in at the corner. Myler’s conversion put the Exiles four points ahead moving into the closing stages of the game.

Harry Thacker, who was outstanding all afternoon, crossed for the Bears bonus-point score with three minutes remaining to leave Irish trailing by three points.

However, Curtis Rona gathered the restart and a Bristol infringement saw them awarded the penalty. Myler made no mistake from the pressure kick and the match finished in a draw.

London Irish play Toulon away and at home in the coming weeks before welcoming Btah to the Madejski Stadium for round 6 of the Gallagher Premiership on 22 December. For tickets click here.