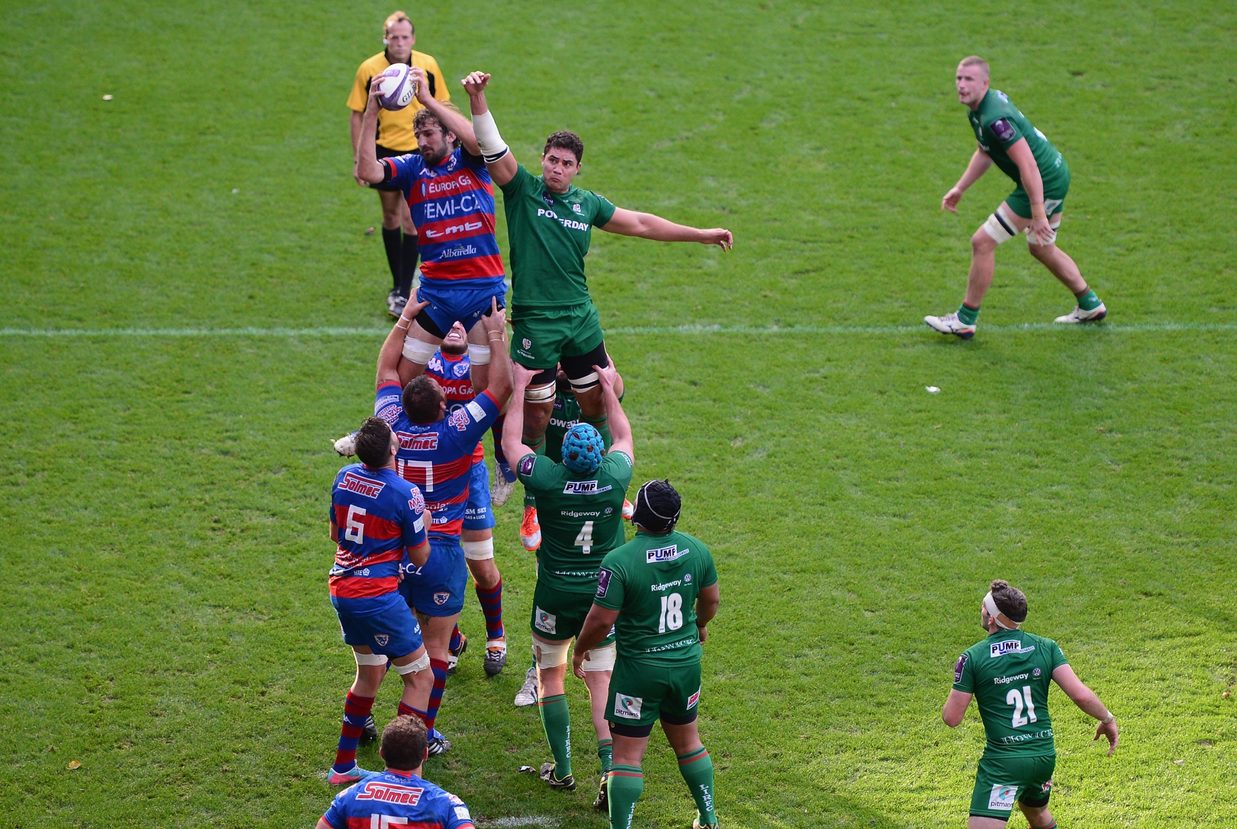 London Irish has been forced into making two changes from the side that played Exeter Chiefs last weekend for tomorrow’s European Challenge Cup match with Grenoble at Madejski Stadium (kick-off 3pm).

Jebb Sinclair comes into the second row replacing Nic Rouse and Eoin Griffin is replaced by Eamonn Sheridan at inside centre.

Halani Aulika packs down in the front row alongside Tom Court and David Paice with Jebb Sinclair alongside George Skivington in the second row. The back row remains unchanged with Tom Guest starting on the blindside flank, Blair Cowan at openside and Ofisa Treviranus at number eight.

Scott Steele and Shane Geraghty retain their half back partnership with Eamonn Sheridan retuning to the side to partner Fergus Mulchrone in the midfield. Andrew Fenby starts at full-back with Alex Lewington and Topsy Ojo on the wings.

Glenn Delaney, London Irish interim Head Coach said: “We have been forced into a couple of changes but we don’t lose anything with Jebb and Eamonn coming in to the starting line-up.  The squad put in a good performance last Saturday and deserve another chance. It will be a difficult contest against a very good side so we will have to be at our best to get the result.”