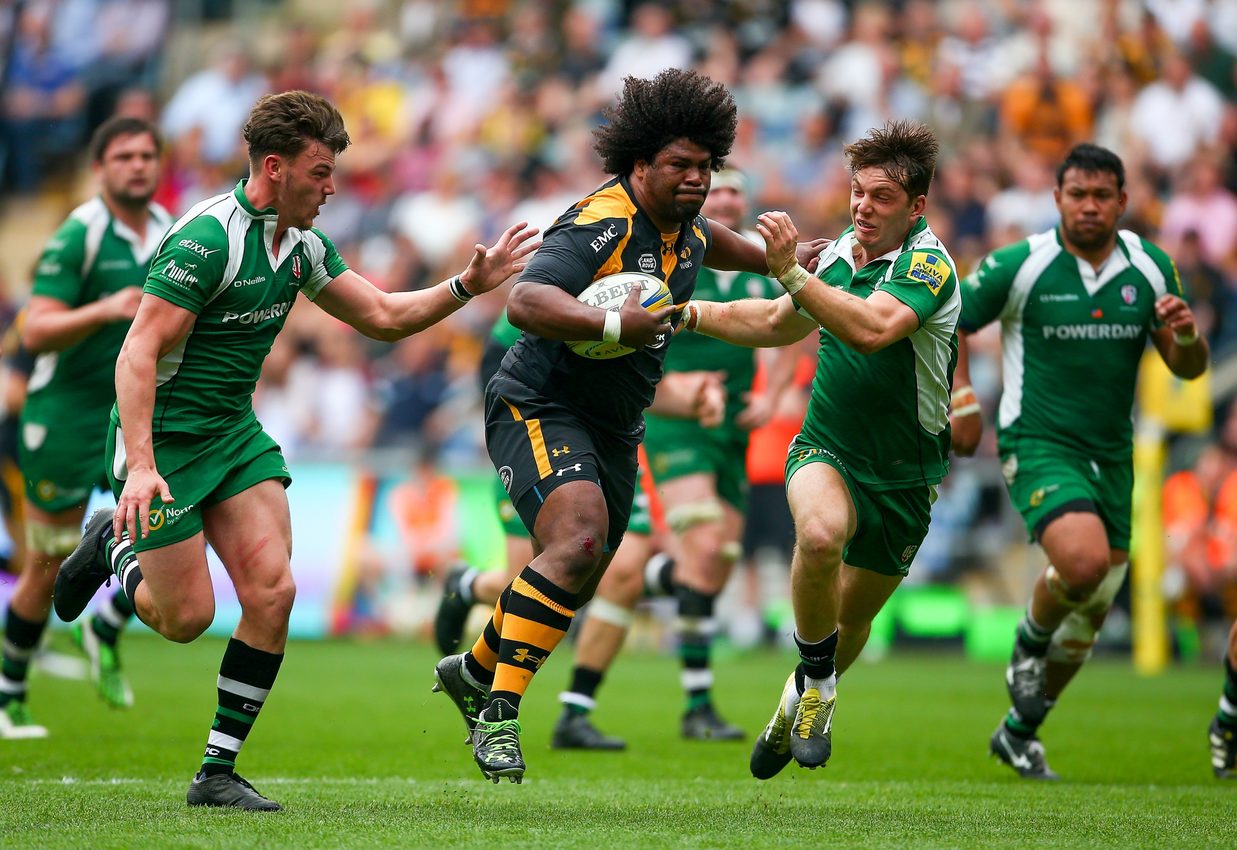 London Irish’s Aviva Premiership campaign ended with a 38-12 defeat against Wasps at the Ricoh Arena.

Victory for Dai Young’s men was not enough to book a home Premiership semi-final as Exeter Chiefs put Harlequins to the sword with a devastating 62-24 triumph at the Stoop.

The Exiles, buoyed by the return of New Zealand tight-head Ben Franks, started the contest strongly and reduced Wasps to two Ruaridh Jackson penalties in the opening 20 minutes.

Despite trailing 6-0, Irish struck the first hammer blow through Johnny Williams in the 26th minute. The promising centre, who, earlier this week reaffirmed his commitment to helping Irish make an immediate return to the top-flight, crashed in under the posts. Theo Brophy Clews added the extras to edge his side 7-6 in front.

However, four minutes later Wasps were back in front courtesy of a Thomas Young try. The openside flanker, who hobbled off before the break added the finishing touches to a dominant rolling maul. Jackson’s touchline conversion fell short, but Wasps were in control at 11-7.

Wasps began to turn on the style, and with the likes of Johnson and Christian Wade in their ranks, they all but put the game to bed before the interval with two tries in a frantic five minute spell. The impressive Johnson fended off three would-be tacklers to get the hosts to within 5 metres of the try line, before the ball was switched to Charles Piutau for the first of two quick-fire tries. On the stroke of half-time England international Wade was the delightful recipient of a sublime Elliot Daly pass to sprint in at the corner. Jackson was again unsuccessful with the conversion and Wasps led 21-7 as referee Tom Foley brought the first period to a close.

Irish cut the deficit to 21-12 on the hour mark as Lewington pounced on Brophy Clews’ neat chip into the corner to touchdown. But that would be the end of Irish’s scoring as Wasps ran in a further three tries to rubberstamp their supremacy. Robson, Bassett and Johnson all got in on the act with replacement fly-half Jimmy Gopperth converting one of the three scores to end the contest 38-12.