London Irish ended their Championship campaign in perfect fashion, securing a bonus-point win over their nearest rivals, Ealing Trailfinders, and maintaining an unbeaten home record in the process.

Irish came flying out the blocks, scoring with just 90 seconds on the clock. A Brendan McKibbin kick ahead was chased superbly by Topsy Ojo, and with the ball staying infield, Ealing had no option other than to try to clear their lines.

The box kick however missed touch, Alivereti Veitokani sold a dummy to create enough time to offload to Albert Tuisue, and his long pass in turn was collected in open space by Brendan Macken. With Irish outnumbering Ealing scrum-half Ryan Foley five-to-one the try was a formality. Less so was the touchline conversion, but Jacob Atkins nailed the kick superbly to open his own account.

Veitokani had played a key role in the opening try, but the second was all him. An Atkins kick ahead stopped just outside the Ealing 22, forcing Peter Lydon’s kick to stay in field. To be fair to the visitors’ full back, the clearance was high and his chase good, but Veitokani was coming into the match on a fine run of form, and his confidence was there to see in what he did next.

The 360-degree spin away from Lydon was almost nonchalant, but it was nothing compared to the acceleration and outright pace that took him through the best part of half the Ealing team to score in the right corner.

But Ealing’s running this season has never been less than powerful, a trait which winger Reon Joseph showcased to the full effect by breaking through the Irish defence to cross for the opening try.

Lydon’s conversion made it a five-point game, and it was a useful reminder to the Madejski Stadium faithful that, even though both teams had made a number of changes compared to their big wins in Round 21, there was plenty to play for in the season finale.

The next chance fell to Irish, with Ojo coming agonisingly close to a dream try on his final Madejski Stadium appearance in professional rugby.

It followed an erratic Ealing lineout on the Irish 22 cleaned up by Matt Rogerson. His power put Irish on the front foot. An outrageous Matu’u pass out the back of his hand was the highlight, but at the crucial moment Ojo lost control of the ball and Ealing cleared.

There was no such respite the next time Irish got into the Ealing 22, Tuisue at the end of a Teofilo Paulo pass that made the most of a two-on-one overlap to go over for the third try of the half, Atkins adding the extras.

Atkins’ next input was also significant, coming up with a crucial interception to take the sting out of an Ealing attack just as it was building some momentum, and but for an unfortunate stumble the fly half would have been away for a try of his own.

Ealing’s Reon Joseph once again showed his worth with a lovely offload, and despite Veitokani pulling off a try-saving tackle on the hosts’ right, Ealing swept the ball to the other touchline where Segundo Tuculet was over for Ealing’s second score to make it 19-12 at the break

Ealing started the second half well. Laurence May’s chip was inch perfect and Tuculet collected the ball in space. With only one man to beat and several supporting runners the try looked a formality. But the Argentine held on too long, was tackled, and instead of a simple offload he was instead pressured into sending a pass forward for an Irish scrum. Only a desperate Tuisue tackle stopped lock Ben Landry powering away, Irish maintained a seven-point lead.

Ealing’s profligacy was punished four minutes before the hour by Matt Williams. Some outstanding work from Brendan McKibbin had earned Irish a penalty, which Atkins sent to the corner. While the lineout was lost Ealing were still under pressure, and when Lewis Jones and Lydon collided in midfield, the ball hit the deck and Williams hacked his way over the whitewash.

It was Irish’s bonus-point try, but Ealing kept on coming, and when Max Davies burrowed over from close range it looked like they would be back within a converted try.

Referee Christophe Ridley wanted to have a second look, however, and when replays showed that Patric Cilliers had been cleared out illegally by Henry Casson. The try was not just ruled out but Ealing were down a man for the remainder of the game, too, Casson red carded for the offence, Cilliers having landed on his head.

With 15 minutes to play and Irish 14 points to the good, the sending off just about ended the game as a contest. And this was confirmed two minutes from time by Mulchrone’s close-range effort, converted by Stephen Myler. 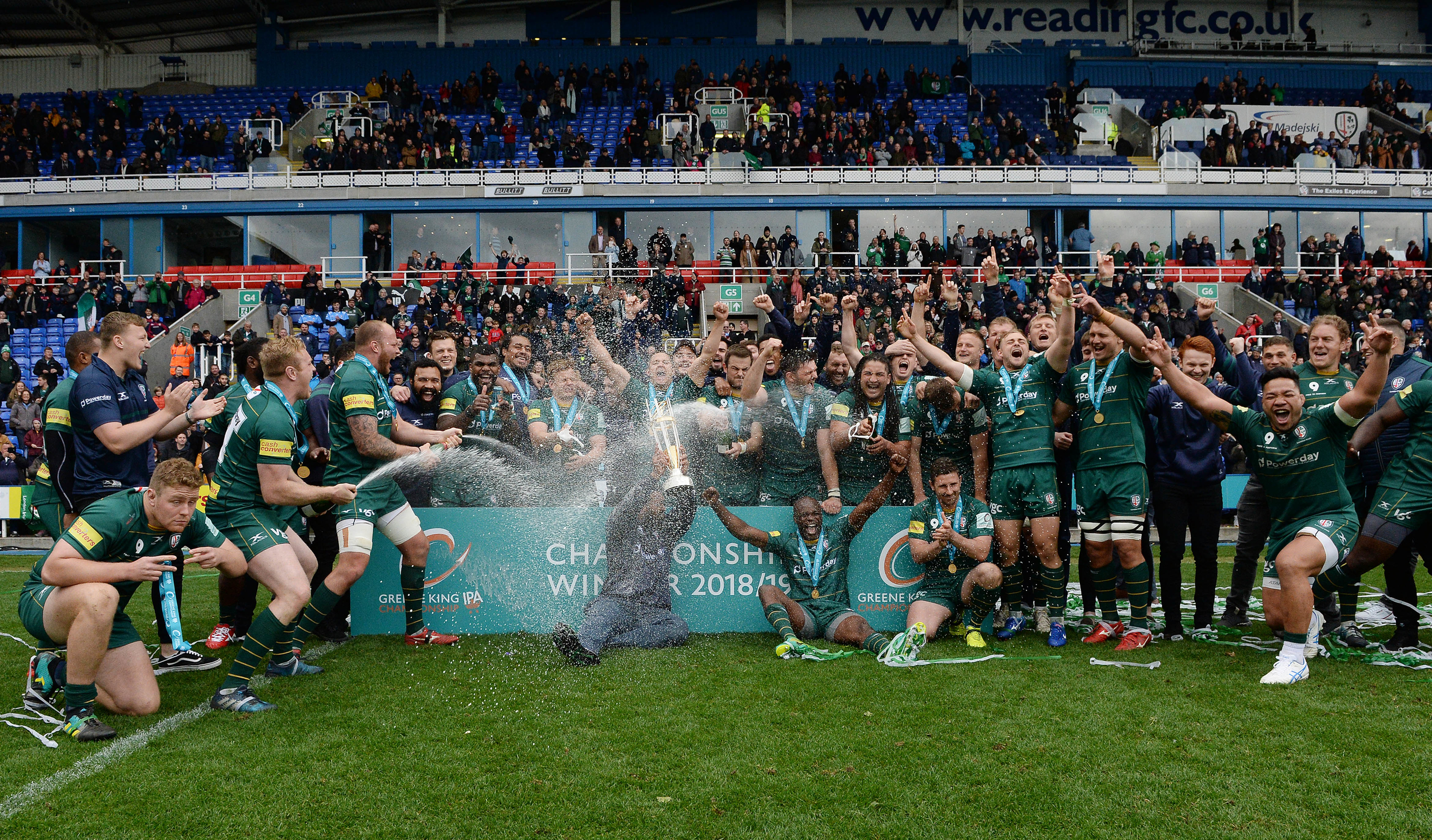