Exiles and Chiefs play out 10-try thriller at Madejski 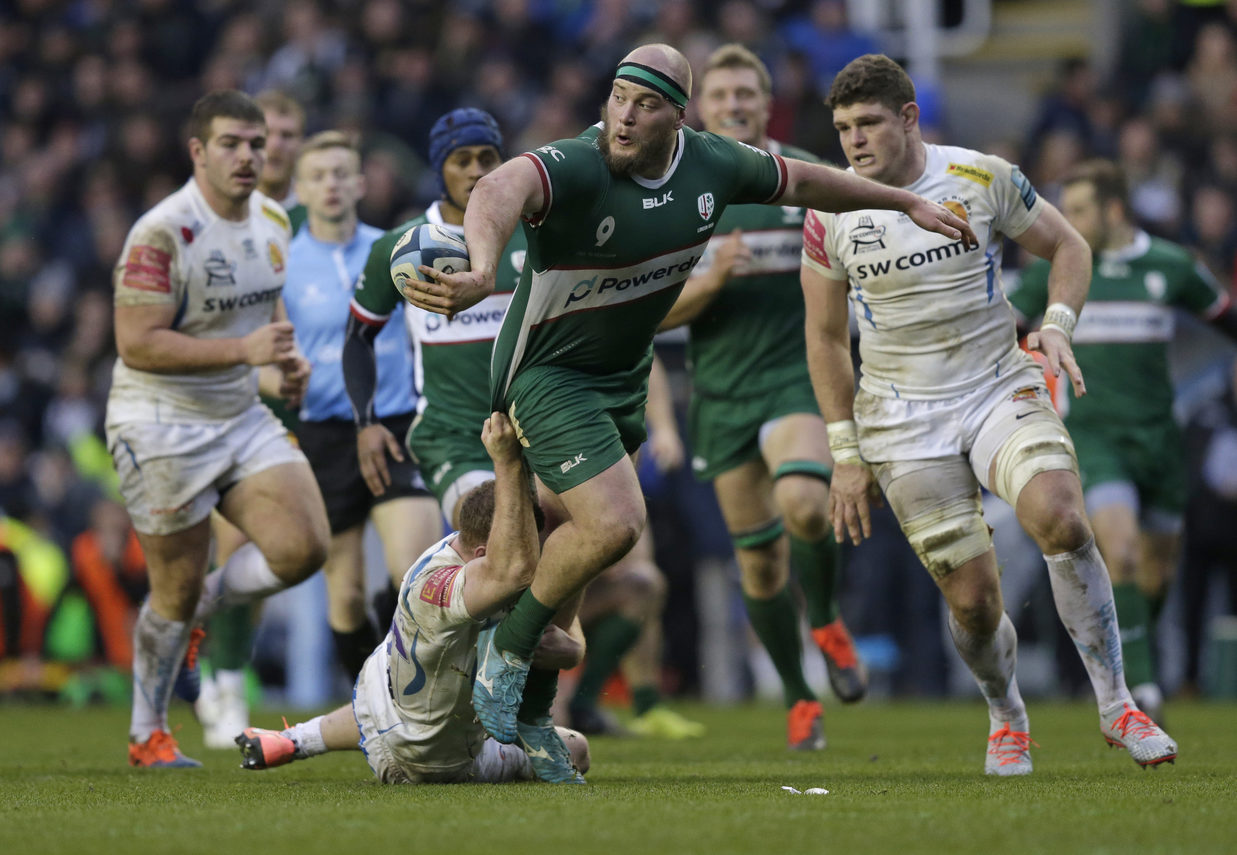 London Irish lost out in a high scoring encounter 28-45 against Exeter Chiefs at the Madejski Stadium.

The visitors crossed for six tries to the Exiles four, with Declan Kidney’s side securing a try bonus-point.

The Exiles scores came from Belgium Tuatagaloa and three second half efforts from Tuisue, Hassell-Collins and Steve Mafi.

Sam Hill crossed for the first try after seven minutes of play after only minutes earlier Olly Woodburn had squandered a certain try. It was typical Exeter, camped on the Irish line, they were patient and when the ball was passed out to Hill, he dived in under the posts. Steenson added the extras to make it 0-7.

After a slow start the Exiles worked their way into the match. Exeter’s ill discipline allowed Stephen Myler to kick for field position and, from the resulting line-out, Irish drove to within centimetres of the visitor’s line. The ball was passed wide to Tuatagaloa who scored on his home debut. Myler added the conversion to level the scores at 7-7.

That was as good as it got for Irish in the first half, Exeter dominating and crossed for three further tries before half-time, all in the space of seven minutes. Captain Dave Dennis and hooker Luke Cowan-Dickie both going over after 33 and 37 minutes respectively.

Ollie Devoto went over for the bonus-point try on the stroke of half-time to leave Irish with plenty to do in the second half.

Sam Hill was over for his second try two minutes after the re-start, Luke Cowan-Dickie making the inroads into the Irish half and then Hill carving his way through the Irish defence to dot down. Steenson continued his faultless kicking display by adding the extras.

The Exiles then had an uplifting five-minute spell where they crossed for two tries. Firstly, Albert Tuisue powered his way over and then Ollie Hassell-Collins scored a superb individual try to make it 21-35, Myler having added both conversions to maintain his 100% kicking accuracy from the tee.

Exeter replacement scrum-half Stu Townsend then latched on to a pass to sprint clear for his side’s sixth score to extend the visitor’s lead to 42-21.

The visitors lost two players to the sin bin and Irish took full advantage. Nick Phipps with a looping pass to Steve Mafi saw the Tonga international dive over for the bonus-point try.

Gareth Steenson kicked his first penalty goal of the game with 13 minutes remaining to stretch the Chiefs lead to 28-45.

That is how it finished, and the Exiles take one valuable point from the match-up.

Next week, we return to European Challenge Cup action with a Round 5 encounter with Bayonne in South-West France before hosting Scarlets the week after. Please click here for tickets!