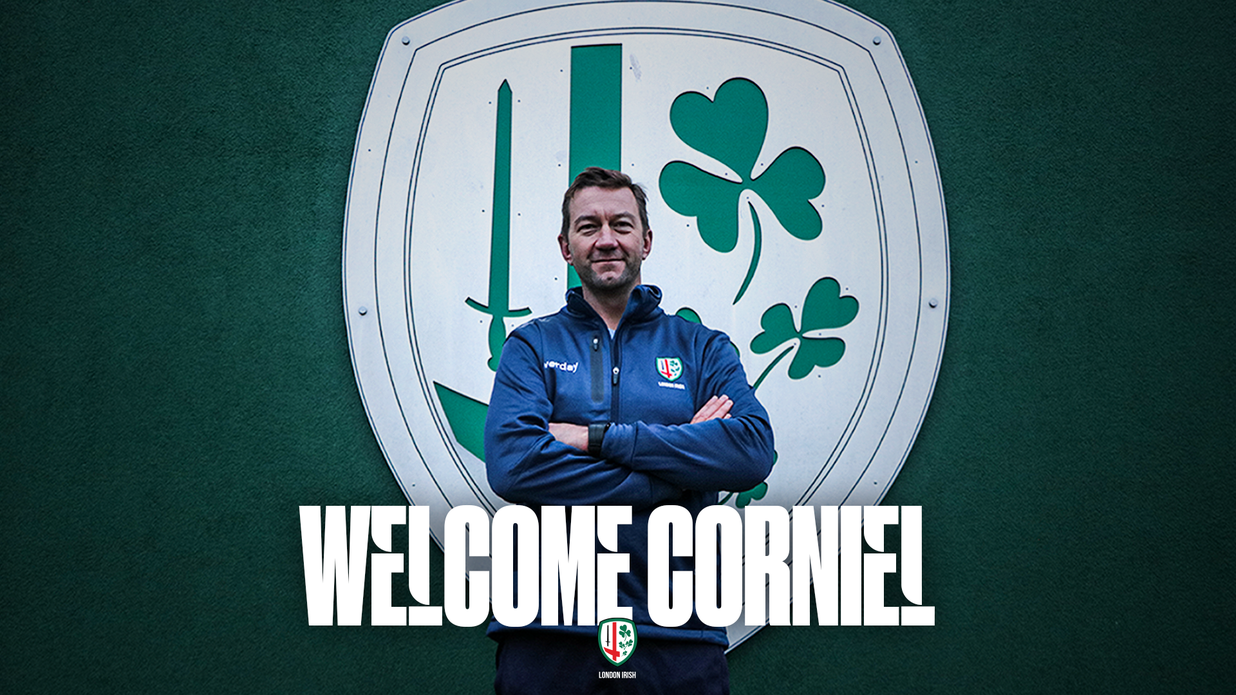 London Irish are pleased to confirm the appointment of Corniel van Zyl, with the South African arriving as Assistant Coach in Declan Kidney's coaching set-up.

The 41-year-old makes the move from Free State Cheetahs, where he has held a similar role since 2015.

Speaking of his delight at joining the Exiles, van Zyl said: “I’m really pleased to be here and excited about getting to work with this talented group of players and staff.

“It has always been a goal of mine to coach in the Premiership, so I’m delighted to be a part of the London Irish family.”

Kidney expressed his pleasure at welcoming van Zyl to the club, commenting: “We're delighted Corniel has agreed to join us.

“His experience and know-how will complement the coaching staff that we've already got in place here, building on the excellent work Jonathan Fisher and Ross McMillan have overseen in the forward’s department in recent months.”

During his playing days, van Zyl spent the majority of his career in Italy, for Treviso, where he amassed over 150 appearances in an eight-year spell.

The move to Italy saw van Zyl take his first steps towards test rugby, where he represented Italy A before being named as one of two uncapped players in the Italians’ 2011 World Cup squad.

He played in four of Italy's World Cup matches, starting three times, and would earn another four caps for Italy, with the last arriving in 2012 against Wales.

He retired from professional rugby in 2015, playing the last of his 160 matches for Treviso.

Thereafter, van Zyl moved into coaching the Cheetahs, for whom he featured on 48 occasions as a player earlier in his career.