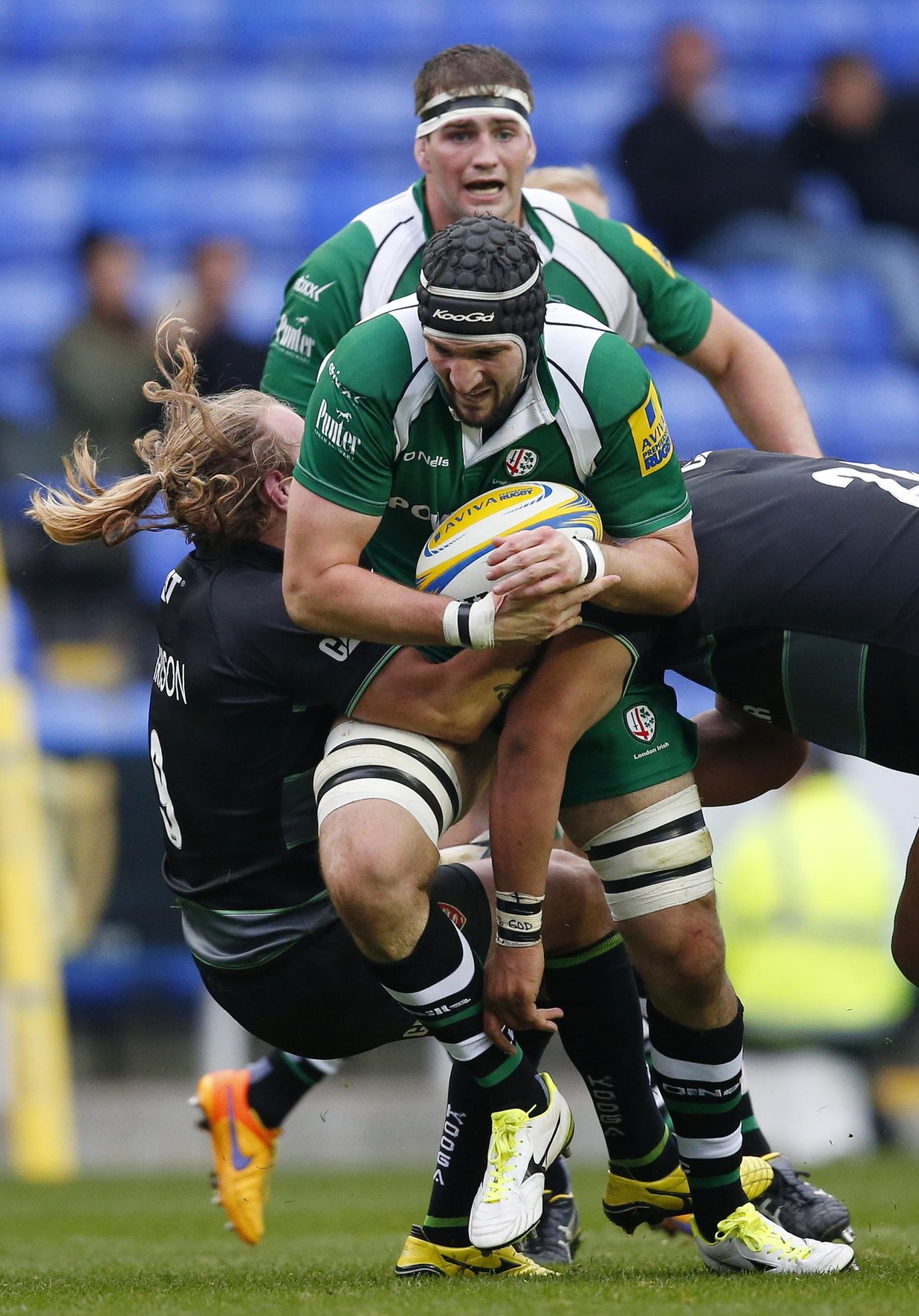 London Irish’s Eoin Sheriff will be lining up against his former team mates this Saturday when his new side travel to Allianz Park to play Saracens.

The lock forward spent four seasons with the North London Club appearing in both the Heineken Cup and Premiership after joining from Leinster in 2011.

The former Blackrock College pupil knows first-hand the enormity of the task London Irish face this weekend but is adamant that they are fully prepared for the challenge ahead.

“They are ruthlessly efficient, the boys are really well drilled and they have great players on top of that, so it is going to be no mean feat going there and trying to get a result. We have put together a game plan that will put us in the best possible position to go to Allianz Park and get a result.”

Training has stepped up this week following last Saturday’s disappointing defeat against Exeter. The reaction to the performance has been honest and means that there has been no stone left unturned in preparing for this round three Aviva Premiership encounter.

Sheriff added: “It has been a really good week, we have reacted quite positively, it was a disappointing result against Exeter, as a squad we have been honest, taken stock of things and have laid down where we need to be this weekend. It is going to be a difficult challenge against the current champions, but these are the types of game you want to be involved in so we are looking forward to it.”

The Exiles will be bolstered by the return of players from both injury and Rugby World Cup duty presenting more depth and competition for a place in the matchday 23.

“We have top quality players coming into the fold, those that have been at the World Cup and others returning from injury. There is added quality and more players in training so we have a deeper squad of players ready to step in and take their opportunity. We have had our meetings, completed the reviews, it’s about getting on the pitch now and taking out the frustration of last week’s disappointment.”

It was announced earlier this week that London Irish will play their round 16 home fixture against Saracens at the Red Bull Arena on 12th March 2016, a fixture all members of the Irish squad have one eye on and Sheriff is no exception.

“It’s massively exciting, it’s a first for Premiership Rugby and a great place to go to play a game. I’m sure the Saracens boys will be delighted as well. Hopefully we can give the American’s a good show, particularly the Irish community in the New York region, and gain some new support along the way.”

London Irish return to the Madejski Stadium next Saturday 7th November when they host Bath in round four of the Aviva Premiership. Tickets can be obtained by clicking here or by calling the ticket office on 01189 681 016.