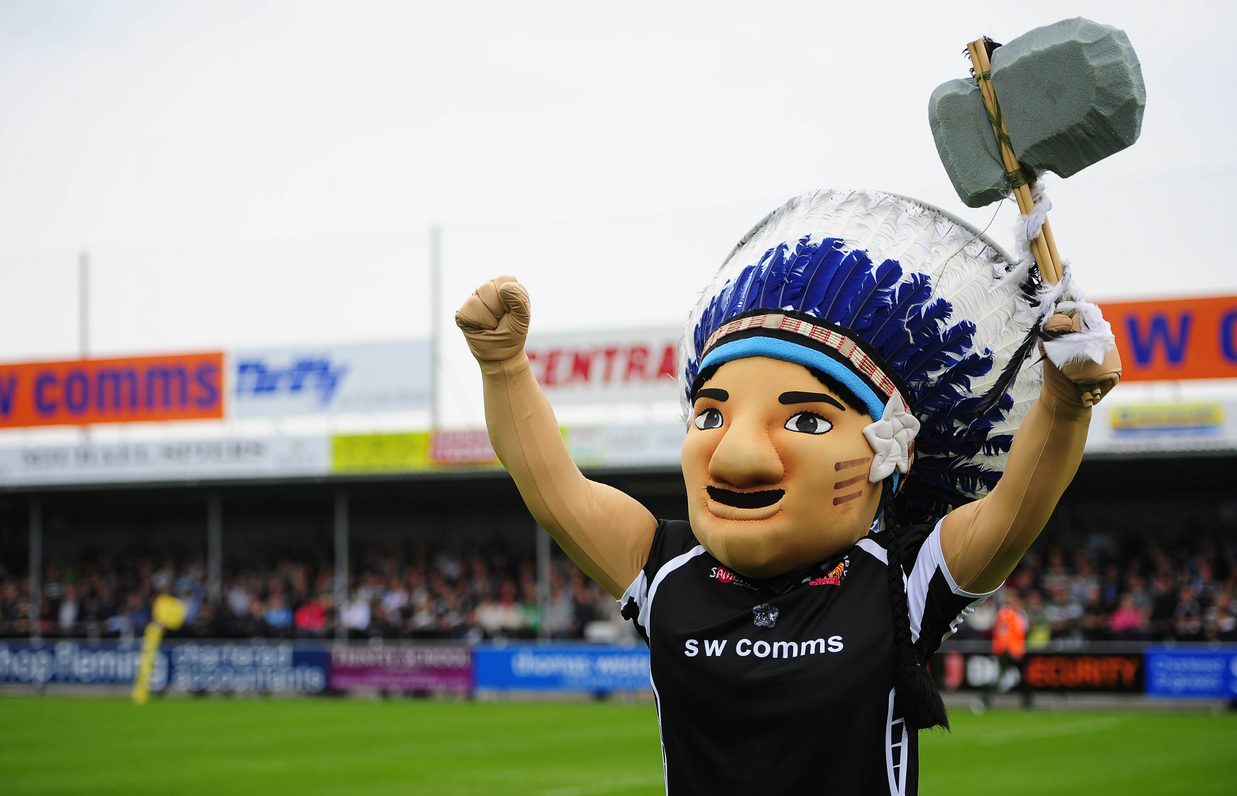 Ahead of this Saturday’s Aviva Premiership clash at Exeter Chiefs, here is some handy information for those making the trip to Sandy Park.

There are plenty of food stands at the stadium, selling the usual match day selection of burgers, hot dogs, curry, hog roast and if you have a healthy appetite why not try half a kilo pasty!

There is a piazza bar at the rear of the grandstand where you can grab a drink before entering the ground itself. Once through the turnstiles, there are bars dotted around the stadium serving a range of drinks including local ale and bitter.

Exeter is a small but pleasant city (population just over 100,000) with a large University and as you might expect there are plenty of pubs and bars located around the city centre.

Out towards the ground, the amazingly named Blue Ball is about five minutes from the ground and offers parking, special rugby day offers and a selection of beers and real ales.

The historic quayside area of Exeter, once the centre of the town's wool trade has a range of pubs and bars for those who would like to have a drink beside the water.

There will be two bands performing in the Exeter Suite (the main bar post-match) and Disco Danny will be in the Wigwam Bar. Please note that Exeter Braves play against Bristol in the Premiership Rugby A League following the conclusion of London Irish’s match (kick-off 5.15pm).

Make A Trip Of It

Exeter has plenty of history and attractions, the majority of which can be seen on foot. The top attraction for most is the city's gothic cathedral.

You can pick up a free guided walking tour of the city from the Royal Clarence Hotel in Cathedral Yard or from the Quay House Visitor Centre. These 90-minute tours are led by volunteers known as Red Coats.

Exeter is on the doorstep of some of England's most beautiful scenery. If you can spare the time, the countryside and coast in Devon and Cornwall are well worth exploring in a hire car.

On match days vehicles are only allowed up to the ground to pick-up and drop-off. There is a drop-off point at the stadium complex from the A379 for taxis and those being transported by friends and relatives to matches before kick-off, however there is no vehicular access (apart from approved buses) onto the Sandy Park site for one hour following the final whistle.

It should also be noted that the club discourages supporters to drop-off or pick-up on the slip road leading into Sandy Park and in particular on the main A379 road below as it is illegal and dangerous to do so.

Digby and Sowton Station is a 5-10 minute walk from Sandy Park with trains running on a regular basis back to Exeter St David’s, one of the two principal stations in the city (Exeter Central is the other). This is a popular method of transport so if you let the train take the strain just follow the crowds to Sandy Park.

There are two main railway lines between Exeter and London - the faster of the two operates from London Paddington via Reading, Newbury and Taunton in around 2h 30mins, arriving at Exeter St Davids. A slower service runs from London Waterloo, taking around 3h 20mins and calls at a multitude of stops including Woking, Basingstoke, Yeovil and Axminster before arriving at Exeter Central.

The C bus (run by Stagecoach) starts at Exeter St David’s Station and picks up at Exeter Bus Station, and Heavitree (Co-Op) en route to Sandy Park and will run every 15 minutes. Stagecoach offers an Exeter dayrider ticket for £3.50 which allows unlimited travel on all of their city buses.

Exeter International Airport is 4 miles from the ground, heading away from the city. Flybe is the main operator out of the airport flying to destinations including Belfast, Dublin, Edinburgh, Glasgow, Newcastle and Paris.

SkyScanner offer a handy search engine that compares all available airlines on a route to find the cheapest flights.

To get from the airport to Exeter, grab a cab or take the 56A bus to St David’s station in 25 minutes.