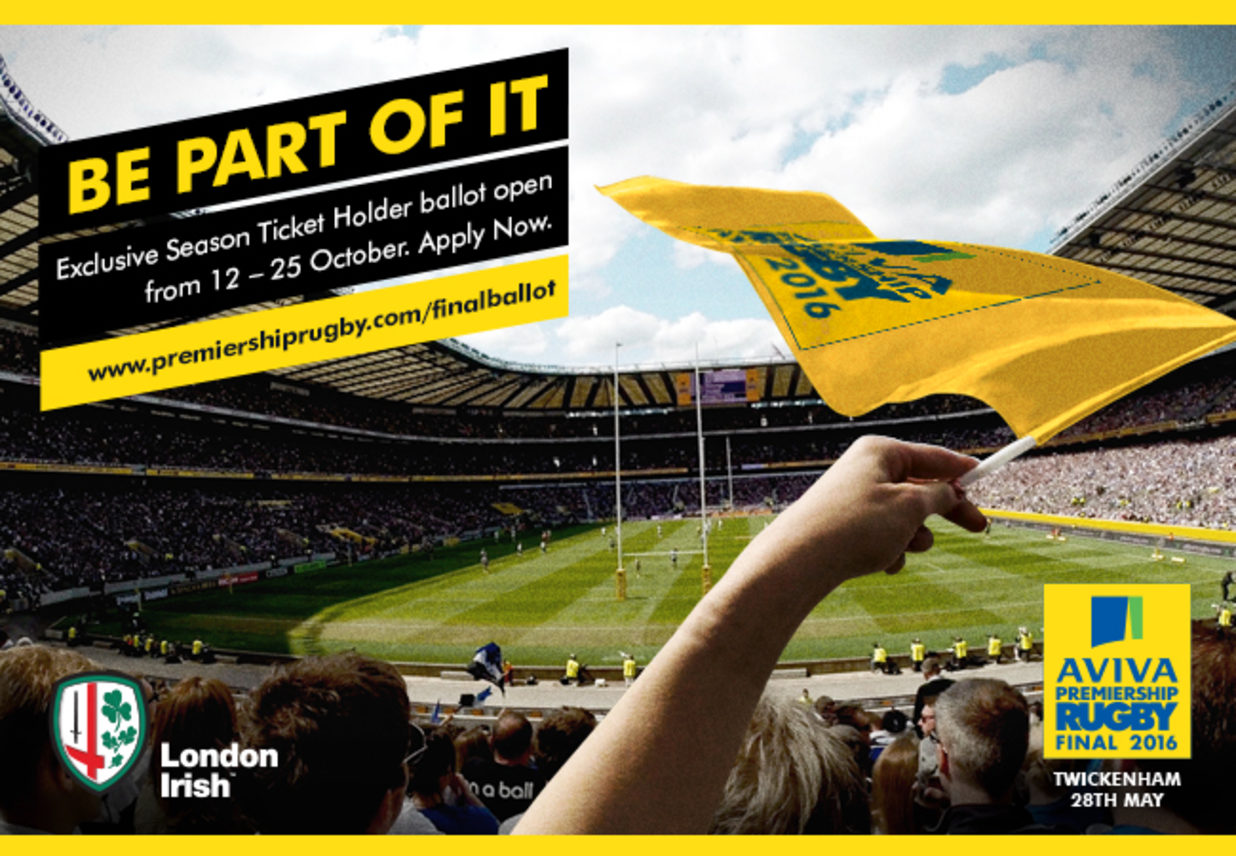 This season’s Final takes place at Twickenham Stadium on 28 May. All Season Ticket Holders are invited to click here (www.premiershiprugby.com/finalballot )and fill in your details to enter a ballot to secure up to six seats of your choice.

Ballot entries must be received by midnight 25 October. Premiership Rugby will then e-mail you to confirm whether your application has been successful. This e-mail will include a link which you can use to reconfirm your tickets up until midnight on October 31.

Tickets will be made available on general sale from November 2. Payment will only be taken at the time of purchase, not during the application process.