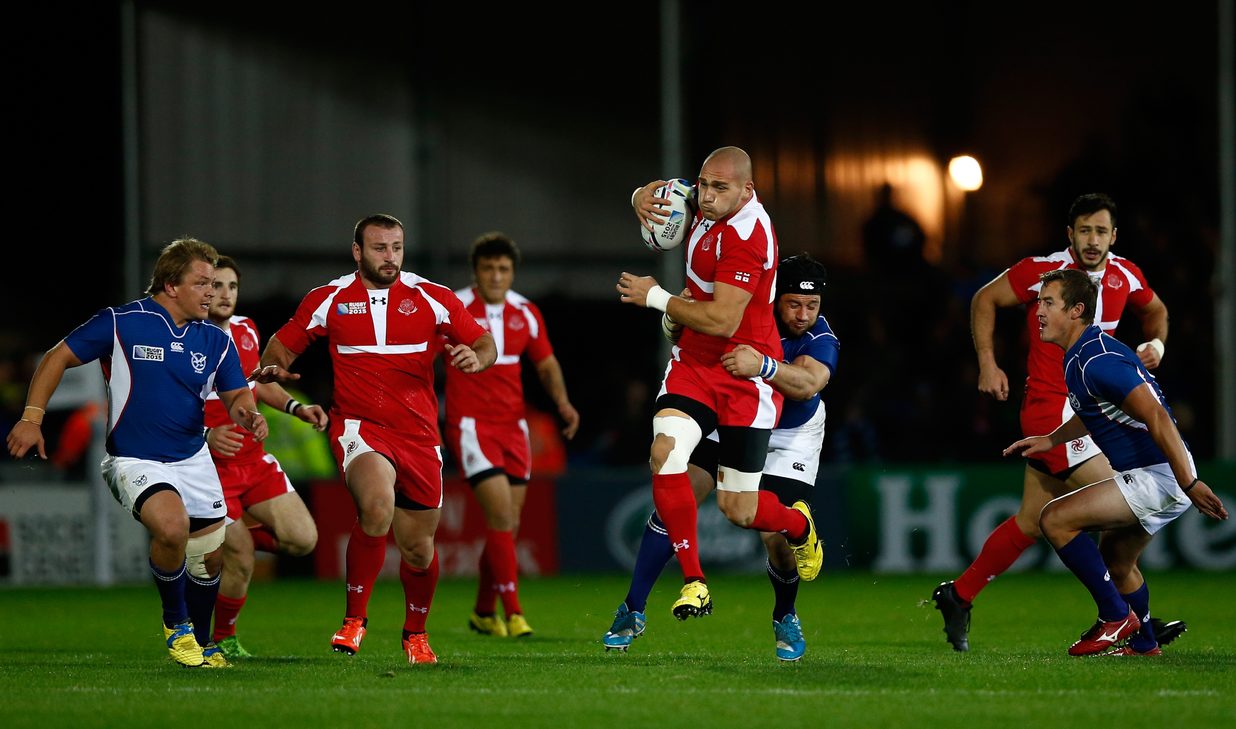 The 24-year-old’s international exploits have gone from strength to strength ever since, with the back row adding to his haul of caps against Argentina this summer.

Speaking from his Tbilisi home ahead of his move to London Irish, Lomidze said: “I’ve always had ambitions to play rugby at the highest level in England and I’m delighted to have the opportunity to join London Irish.

“Everyone who knows their rugby is aware of the history and tradition associated with London Irish and this excites me.

Currently preparing for his move to London, the abrasive Georgian is looking forward to the next chapter in his career.

“I’m moving to the UK alone and it will be a big challenge for me both on and off the field, but it is a challenge that is the right one for me at this stage in my life,” said Lomidze.

“It will be a very new culture for me and I’m getting ready for the big move at the moment following the trip to Argentina.”

Lomidze will join up with his new teammates in three weeks’ time due to his international commitments this summer.

Eager to get stuck into the rigours of pre-season training under the watchful gaze of Director of Rugby Nick Kennedy, Lomidze said: “It will undoubtedly be a tough pre-season and I’m looking forward to it.

“I feel I can bring aggression and a direct running game to the pack. I’ve been really impressed with the number of high profile signings that the club has made in the off season.

“There will be a lot of competition for places, which will be a very good thing for the club.”