Exciting Times Ahead for Griffin 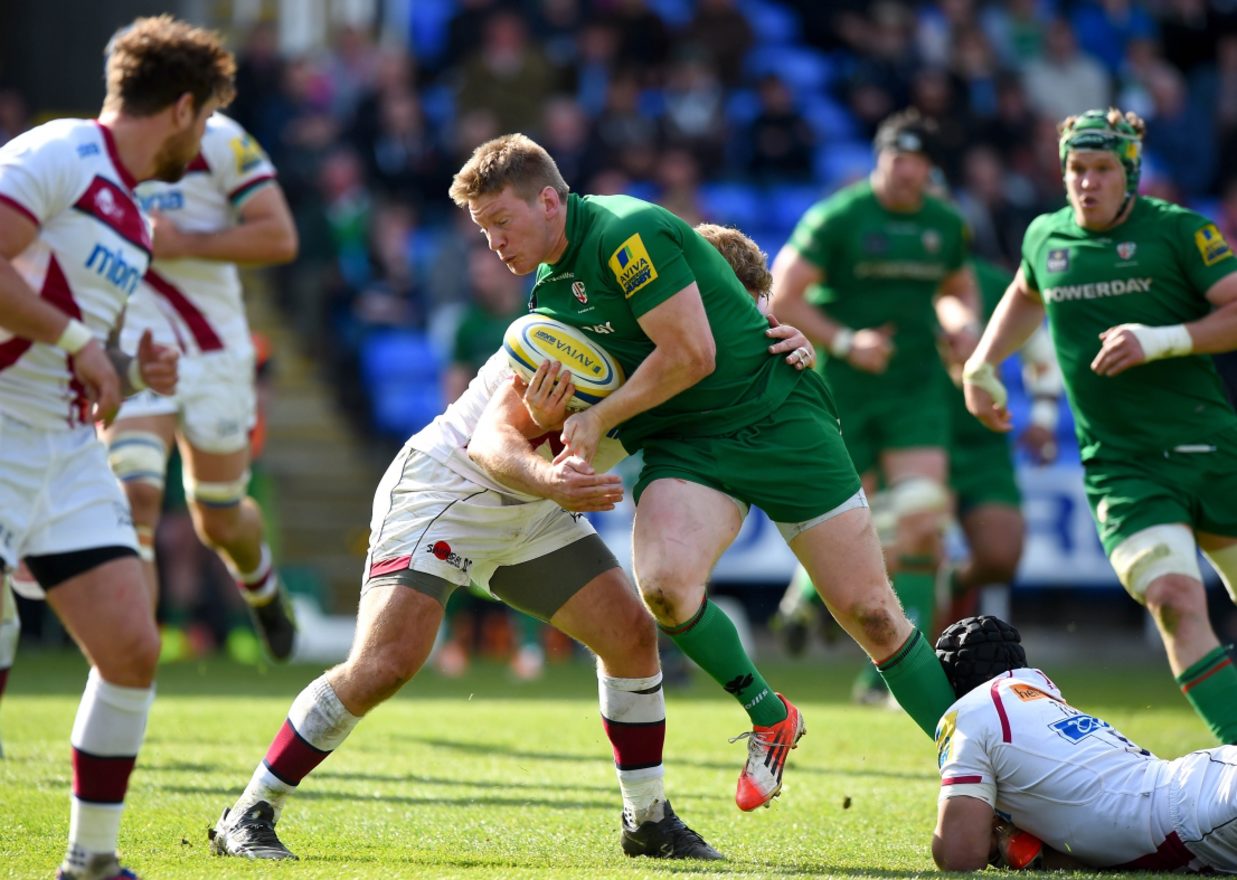 The domestic season may be over for another term, but for the lucky few their season still has a long way to go. One such player is London Irish’s Eoin Griffin, having been selected for the Emerging Ireland squad for the World Rugby Tbilisi Cup this summer.

Griffin’s first season in the Premiership was certainly a busy one. 21 appearances for the Exiles, despite missing the opening matches through injury, and one try saw Griffin cement a spot in London Irish’s midfield.

“There has been a lot of ups and downs,” said the Irishman reflecting on the season as a whole.

“There have been some really big positives; the win at Leicester, the last minute win versus Exeter, the St. Patrick’s Party where we beat Newcastle are the ones that stand.

“But, there have also been some lows and some inconsistency in the performances so there is lots to build on for next season.”

Griffin’s debut for London Irish came in the 70 – 14 demolition of Rovigo to start the Exiles’ European Challenge Cup campaign. The run, which ended in the narrowest of defeats to Edinburgh in the quarter-final stages, was another highlight of the season, but one soured by the eventual loss.

“We targeted that competition from the outset,” he continued. “I made my debut against Rovigo at home which was great and we put up a big score line with Mylo (Myles Dorrian) having a great game.

“We kept building momentum from there with the back-to-back games versus Cardiff and the boys did a really good job against Grenoble and Rovigo.

“Unfortunately we killed ourselves a little bit in the first 20 minutes of the quarter-final versus Edinburgh, going 16 – 0 down, and it was an uphill battle from there.

“It is really frustrating to look back on and if we had won it would have been a home semi final too. We had a good run but a frustrating end.”

Having been born and bread in Galway it will come as little surprise that the St. Patrick’s Party stands out for Griffin when asked for his personal highlights of the season.

“A lot of my family came over for the St. Patrick’s Party and the atmosphere was amazing.

“There was such a big focus going into the game and with the win too so that one stands out for me.”

Preparations for the 2015/16 season are well underway at Hazelwood, with a long pre-season ahead and new players and coaches to bed in. For Griffin, however, there is also the opportunity to represent his country in this summer’s Tbilisi Cup.

The competition, held in Georgia, sees the hosts, Uruguay and Emerging sides from Ireland and Italy lock horns.

For Griffin and his teammates the Tbilisi Cup offers an opportunity to represent their country and prove what they can do to the powers that be as they look to push on for further honours.

“I can’t wait for the competition to start,” he said looking ahead to the upcoming Tbilisi Cup. “I was lucky enough to compete in it two years ago so I am really looking forward to it.

“We have three tough games and it is great to still be involved in the Irish set up. Having moved over here it was a bit of a surprise to get the call up but it is amazing to still be in the mixer.

“Hopefully we can go over there and a win another trophy like last year and put some pressure on the boys in the main squad and see how it goes from there with the World Cup coming up.

“Georgia are really physical; enormous men, very tough, great set piece. The key when we play them is last time out we didn’t get a great start and that made things tricky so we will have to start well.

“The Uruguayans are also really physical. Not as big as the Georgians but still really tough, physical players and have no regard for their own bodies.

“Italy are a bit of an unknown for me, I haven’t played them before, but having played against Italian sides at club level before they are always very passionate so it will be a tough test.”