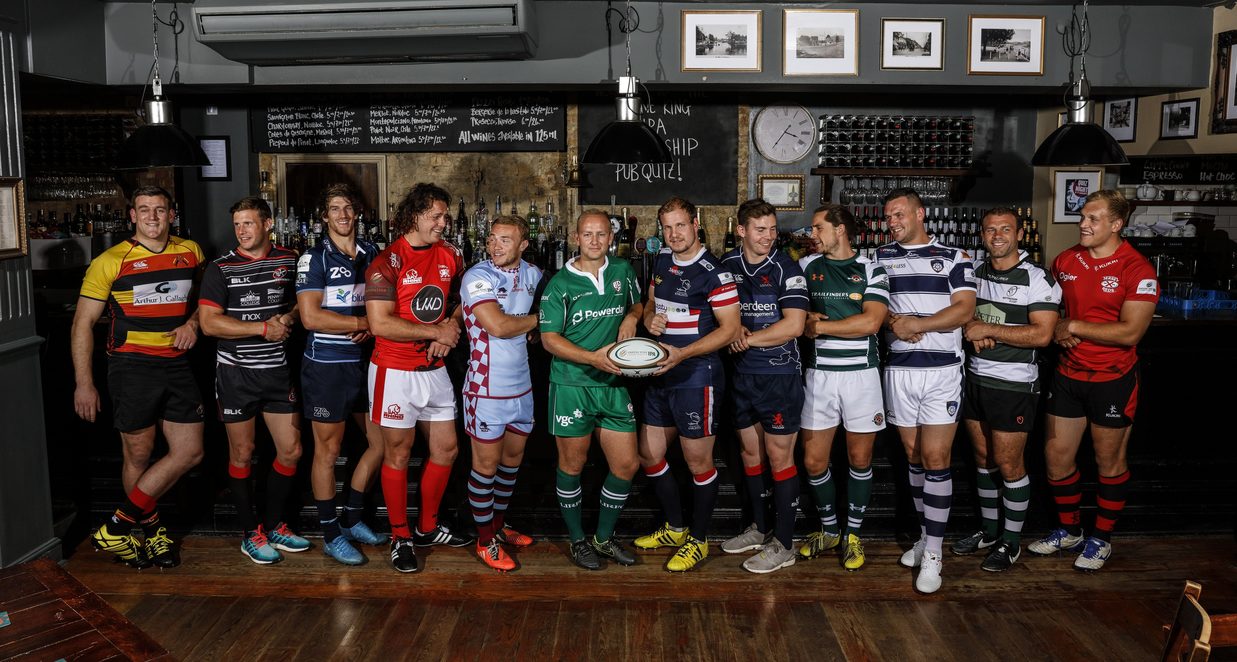 Geraghty, 30, took part in the obligatory photo shoot as well as giving his thoughts ahead of the new campaign.

Now into its eighth season, the Championship will be a ‘tough’ proposition for the Exiles according to Geraghty, whose side kick-off their campaign against Doncaster Kinights at the Madejski Stadium on Saturday 3rd September (kick-off 3pm).

“The coaches have re-emphasised how tough this league is,” said the England capped fly-half.

“It’s an incredibly tough league – we are under no illusions as to it being a walk in the park and it will be quite the opposite.

“There are some really good teams in the Championship, full of experience and there’s going to be some really tough away fixtures,” he added.

“Since the league started back in 2009 we’ve seen some quality rugby year on year and we expect this season to be no exception.”

London Irish kick start their Greene King IPA Championship campaign on Saturday 3rd September when they welcome Doncaster Knights to the Madejski Stadium (kick off 3pm). Make sure you don't miss out on all the excitement of the 2016/17 season - click here to purchase match tickets or call our ticket hotline on 0118 968 1016.