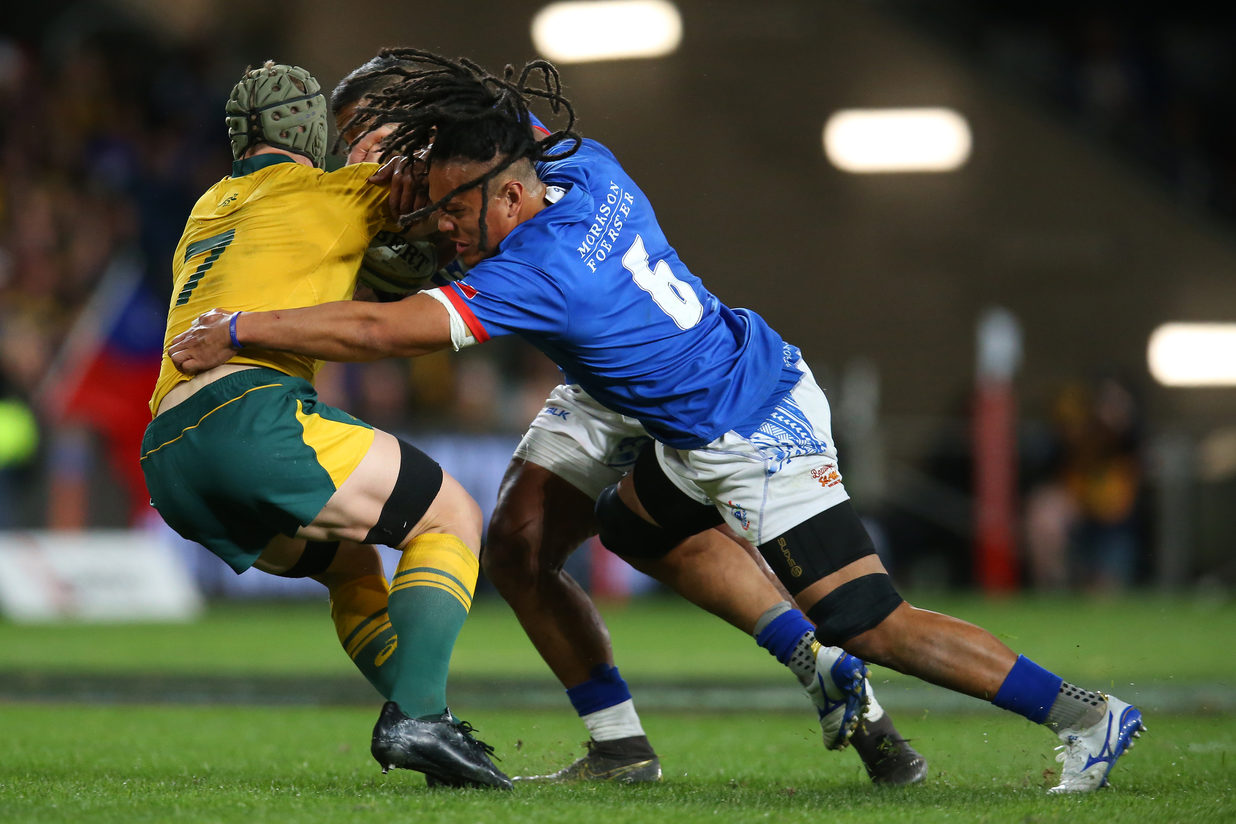 As the deadline for the Rugby World Cup squad announcements passed, the London Irish contingent heading to Japan reached a total of eight players.

Hooker Motu Matu’u and flanker TJ Ioane have been named in the Samoa squad, fresh from both playing a part in the impressive performance against Australia on Saturday.

Bryce Campbell is named in the USA squad to head to the World Cup as he gets set to test himself against the likes of England, Argentina, France and Tonga in Pool C.

Fiji have included fullback Alivereti Veitokani as part of their squad, with the speedster looking to continue his impressive club form on the world stage.

Four of the club’s summer additions are also set to be involved at the Rugby World Cup.

Prop forward Allan Dell travels with Scotland, before joining London Irish after the conclusion of his duties in Japan.

Versatile forward Steve Mafi will link up with his Tonga teammates and set off to compete in Pool C before joining the Exiles following the conclusion of the competition.

Australian duo Adam Coleman and Sekope Kepu are set to represent their national side in Japan before linking up with their new teammates at Hazelwood.

Good luck to everyone involved!