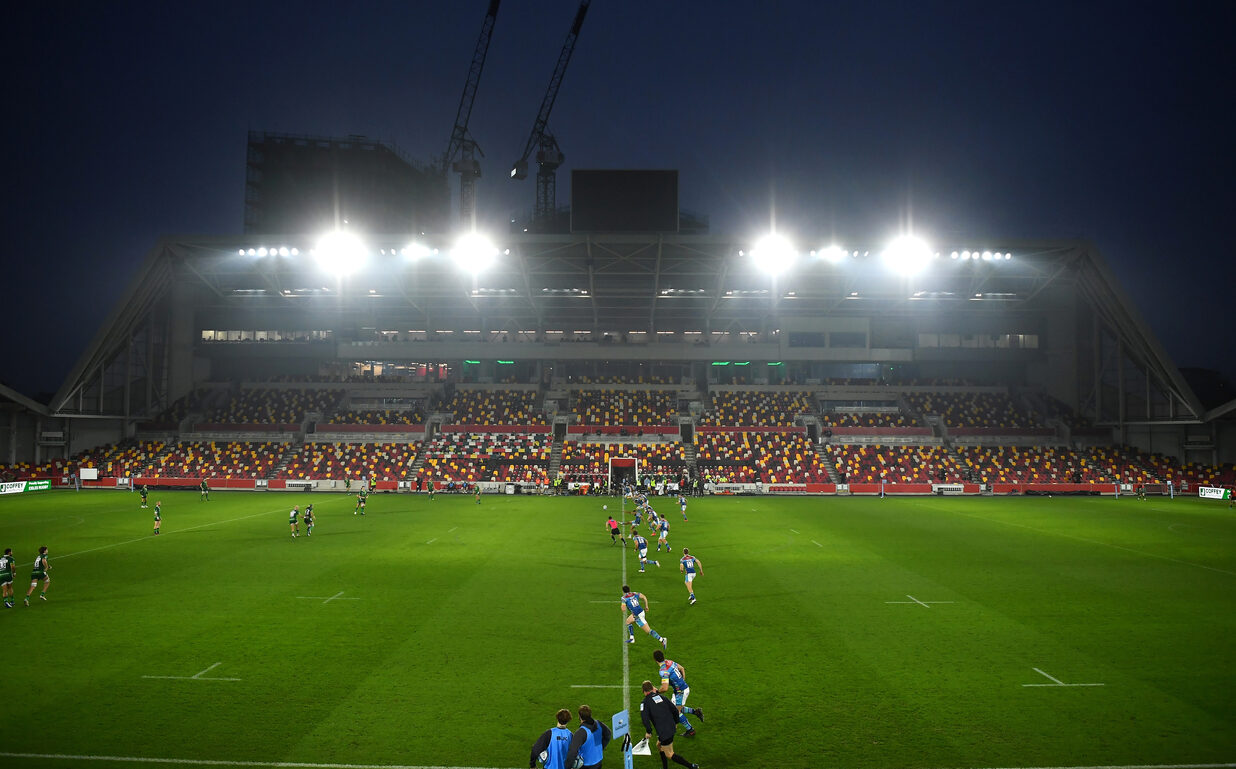 On a historic day for the club – our first outing back in town at the Brentford Community Stadium – the Exiles ran out 22-9 victors, capping a memorable day in the capital.

"I'm delighted for everybody in the organisation,” said Kidney.

"There's been a lot of incredible work done to get us back in town, so to start the new era off with a victory was the icing on the cake.

"Les (Kiss) and myself have worked at stadium openings before and if you’re not careful you can get hijacked with everything that goes on around it, but I think the club managed it all very well.

"It means a lot to everyone behind-the-scenes, and of course our fans, so we couldn't be more delighted.”

A superb Curtis Rona try and eight points from the boot of Paddy Jackson gave Irish a 13-3 half-time advantage, before Leicester came out the traps in positive fashion at the start of the second half.

But a huge defensive effort from the Exiles, and another nine points from man-of-the-match Jackson, helped clinch a well-deserved home victory.

Kidney said: "We weren't a whole lot better this week than we were last week, but it just goes to show that the small things can make a huge difference.

"That loss last week at Worcester focused our minds – of course, the anxiety levels were high before Leicester, but as the game wore on, the confidence came through.

He added: "Leicester were always going to have a good patch and we had to weather the storm a little during the early part of the second half, but defensively we were set very well.

"Hopefully we can calm down a little now and play a bit smarter in spells.

"We won't get overly excited about the win, just like we didn't get carried away after the loss at Worcester.

"We've got a lot of work to do still – but to win our opening game in a new stadium is a great feeling.”

Next up for Irish are Sale Sharks at home this Sunday – a day when 2,000 London Irish fans will be allowed into the stadium for the first time in the wake of the recent COVID-19 tiering changes.

Kidney is excited about the prospect of seeing the Exile Nation back in town, commenting: "You can only imagine what this stadium will be like with the fans here.

"It will be hopping – the hottest ticket in town, that's for sure.