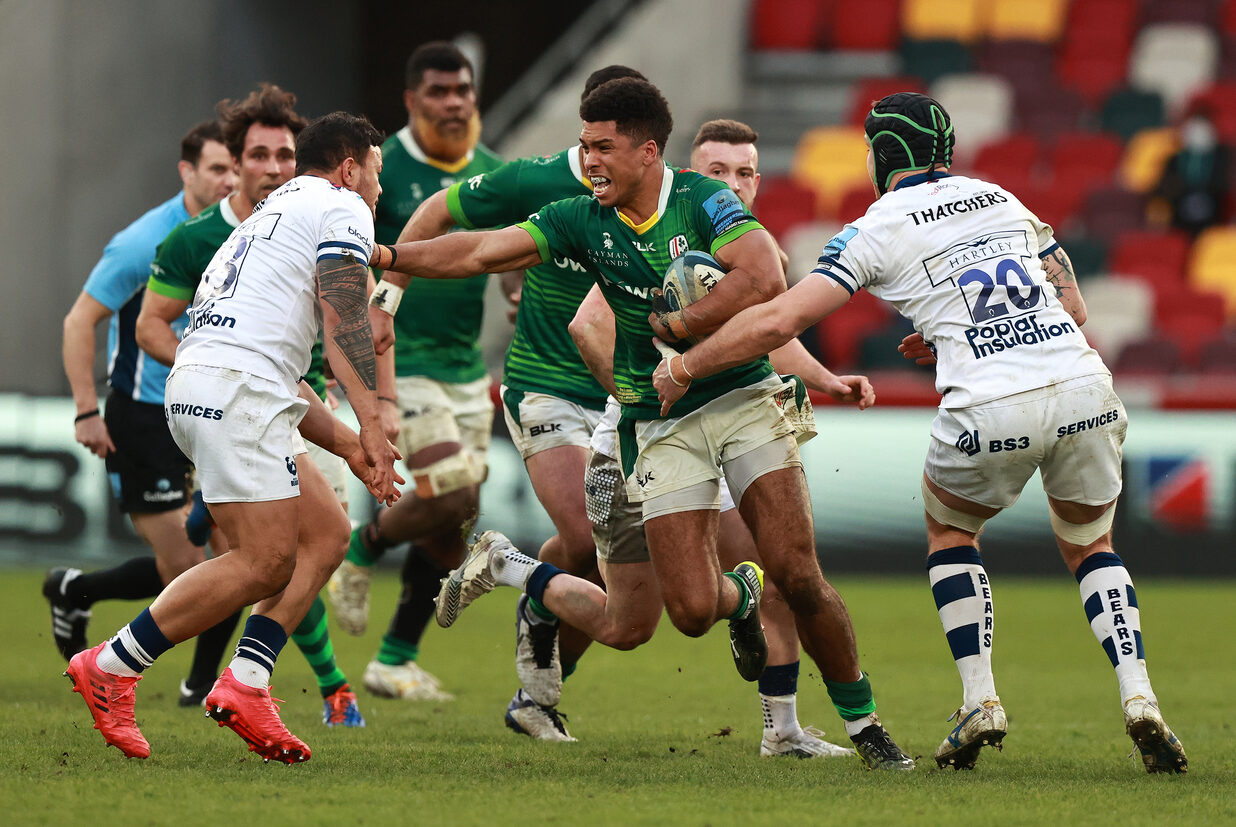 Trailing 31-13 at half-time, the Exiles produced a stirring second half comeback to secure a share of the spoils in Round 10 of the Gallagher Premiership.

“It’s not the first time we’ve come back like that this season – and that’s the measure of the type of people we have in the building at London Irish” said Kidney.

“We’ve got good people here – people who know what it means to play for this club – and people who always play for the full 80-plus minutes.

“That tells you all you need to know about the character of the squad we’ve got here – it’s a measure of the group.”

In a crazy opening period, Irish – despite having an early numerical advantage – conceded two intercept tries in the opening 10 minutes.

Two further scores before the break left the Exiles with a mountain to climb – even if Steve Mafi’s try on the stroke of half-time provided a glimmer of hope.

Yet despite the half-time scoreline, Kidney revealed he wasn’t too downbeat at the break.

“The first half was disappointing in parts” he said. “Interceptions happen – but the tap-and-go penalty five yards from our line was the one we really let ourselves down in. We can – and should – be doing much better on things like that.

“Overall though, I thought we were well in the game in the first half. We only needed to tweak a few small things at half-time, which the boys did.”

‘The boys did’ is something of an understatement! Irish were sensational in the second half, with tries from Theo Brophy Clews and Nick Phipps setting up a grandstand finish, before Tom Parton touched down to level the scores three minutes from time.

Irish could have even won it at the death – but Kidney admitted he was happy with the three points at the full-time whistle.

“Time ran out for us at the end, when we looked really strong, but it was still a good comeback and a good result given where the game was at half-time” he said.

“It’s a weird feeling – more learnings, that’s for sure – but I was delighted that the boys got something to show for their efforts once again.

“We could’ve won it, but we could’ve lost it as well too. Should we have won it, with the mistakes we made? You’d probably suggest you can’t win games when you make the mistakes that we made.

“But we know that most of what happened was in our own control – and when that’s the case, that’s a positive, because we can fix it.

“We’ve played the top-two in the last two weeks; we’ve been competitive; but the small things cost us in both games.”