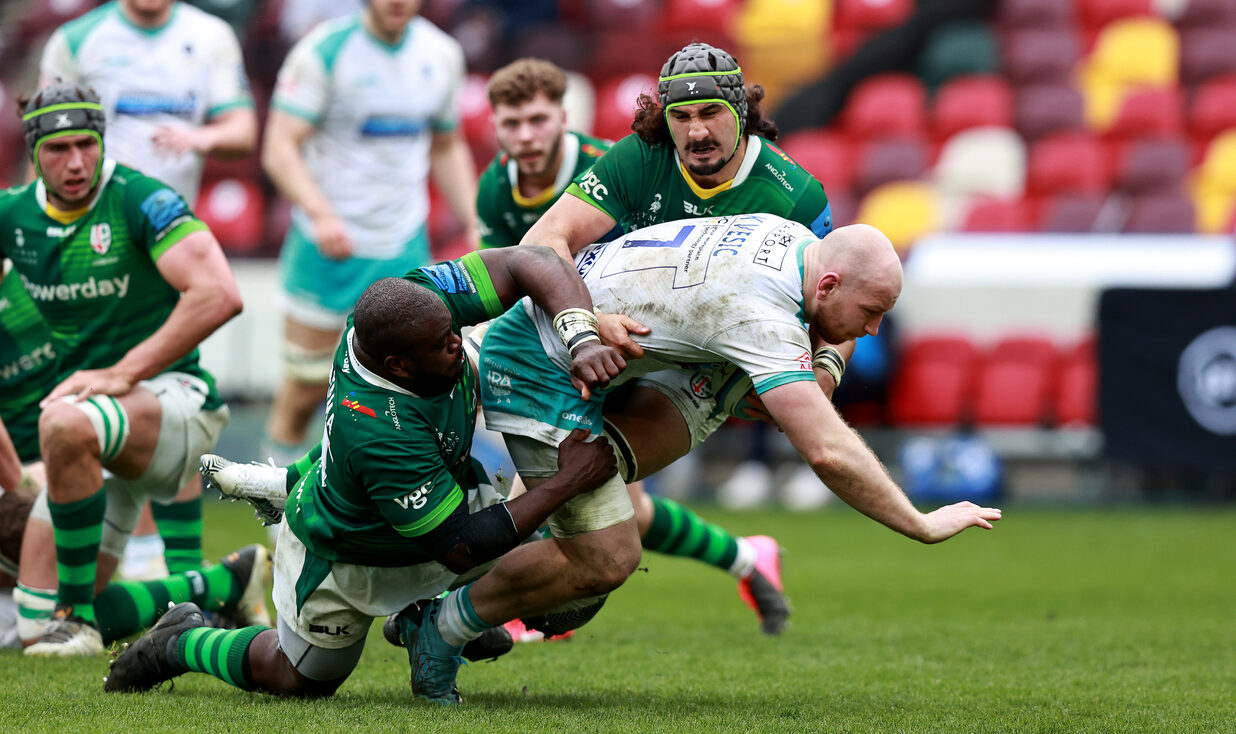 Declan Kidney was proud of the Exiles’ defensive display in Sunday’s 20-17 victory over Worcester Warriors at the Brentford Community Stadium.

Irish were forced to dig deep throughout the game to keep the visitors at bay, producing over 300 tackles to see off the Warriors.

Kidney said: “We wouldn’t want to have to defend like that every week, that’s for sure, but it was a really impressive defensive effort from the boys.

“Worcester are very good at retaining the ball, and when we did clear our lines, the penalties that went against us put us under a lot of pressure in our 22.

“When you put pressure on yourselves, like we did - you need to be defensively solid and we were.”

Blair Cowan’s tackle count of 34 equalled a new Premiership Rugby record and Kidney praised the back-row forward, commenting: “When somebody defends like that, it just shows what the club means to them.

“He really put himself to a standstill at the end and we had no choice but to take him off, because he was really cramping up. He’d given everything - the definition of emptying the tank.”

Victory consolidated Irish’s place in the top-six and Kidney added: “We’ll enjoy the moment - a win against a side we don’t beat very often. It could so easily have gone against us, so we will definitely enjoy it.

“From a technical and tactical point of view, there’s definitely things we need to look at, but a win is a win and we worked hard to get it, so the boys deserve credit for that.”

Next up for Irish is a trip to Sale Sharks in Round 14 this weekend.