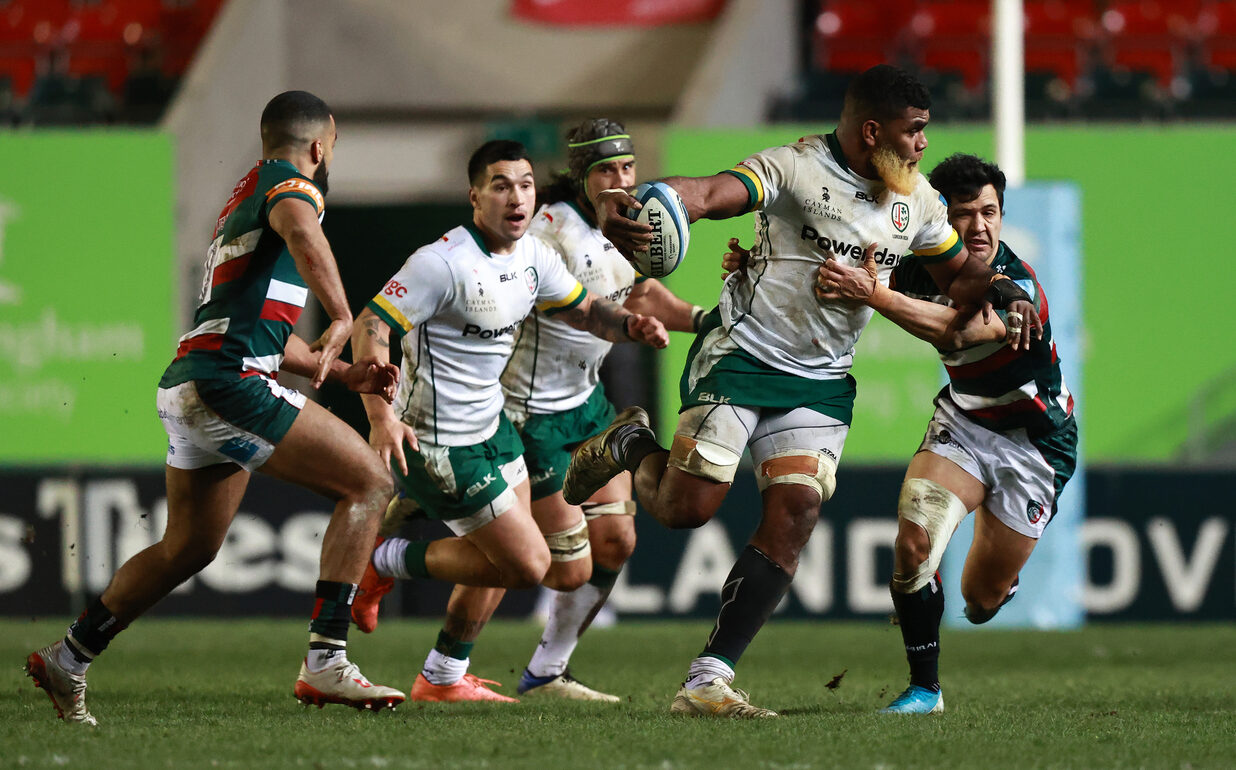 Declan Kidney was pleased with the character London Irish showed at Leicester Tigers on Friday night, as the Exiles salvaged a losing bonus-point in the final moments at the Mattioli Woods Welford Road stadium.

Down to 14 men and trailing 33-18 with just over a minute of regulation time on the clock, a penalty try and a last-gasp Matt Cornish score saw the Exiles leave the Midlands with two points to show for their efforts in a 33-32 defeat.

Speaking in the aftermath of a topsy-turvy Round 12 match, Kidney said: “We came to win the game, so we’re disappointed that we didn’t manage that.

“We always strive to win every game.

“Red cards always have an effect, but we were well in the game even when we went down to 14.

“Leaving with a losing bonus-point, given the situation we found ourselves in with a couple of minutes to play, we’ll take it.”

Kidney added: “We showed a lot of character.

“There’s lot of things within our control that we can improve upon.

“We weren’t as clinical in the first half as we should’ve been.

“We applied lots of pressure but didn’t quite make the most of it.”

Kidney gave a special mention to debutant Will Joseph at the full-time whistle, commenting: “I’m delighted for Will.

“He was an unused finisher last week, and he had a good run-out on Friday night, so we’re really pleased for him.

“He’ll learn from the experience.”