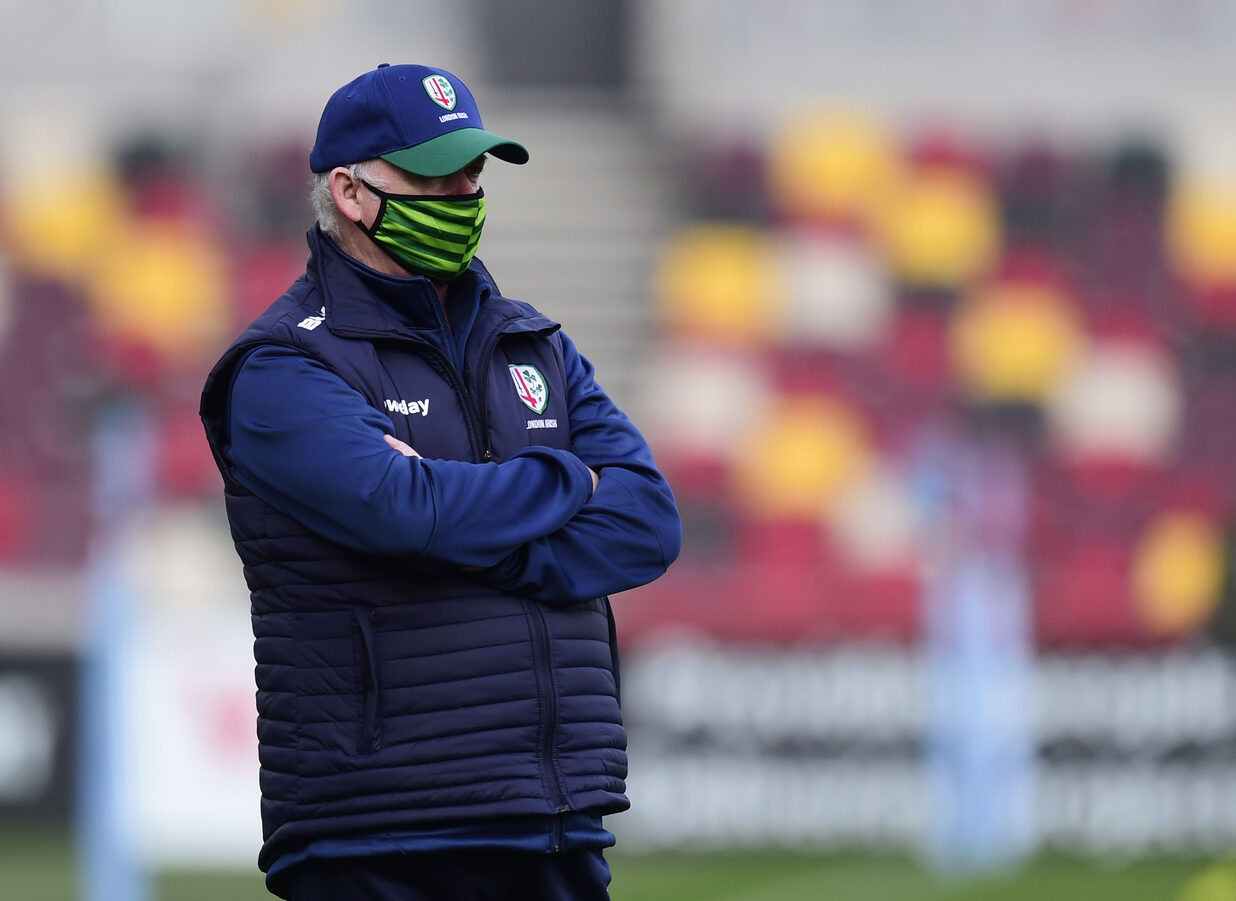 Declan Kidney has reflected on the Round 18 defeat to Newcastle Falcons in the Gallagher Premiership yesterday.

The Exiles went down 52-27 to the Falcons, with Irish managing to come away with one league point after securing a try bonus point.

“I think there was a part in the first half where we went a bit off the boil. We did ok for the first 15 minutes, then Newcastle worked their way into the game with their 14 points. We managed to get back in front and end the first half one point ahead.” explained Declan Kidney, Director of Rugby.

The second half saw a high-scoring 40 minutes result in the hosts snatching back the lead before pushing home the advantage.

“We started the second half poorly. We got a yellow card and were penalised to the maximum for it. Once a team gets that far ahead, it’s a good day to practice your offloads, so fair play to Newcastle, they did that. They were fully deserving of their win, and the size of it.

“I know how good we are, and we are playing short of it at the moment or just playing in patches of it. That’s something that we, as a group, can work on.

“There are some things that I would congratulate Newcastle on, and somethings that we will be disappoint in ourselves for and loom to execute them better.”