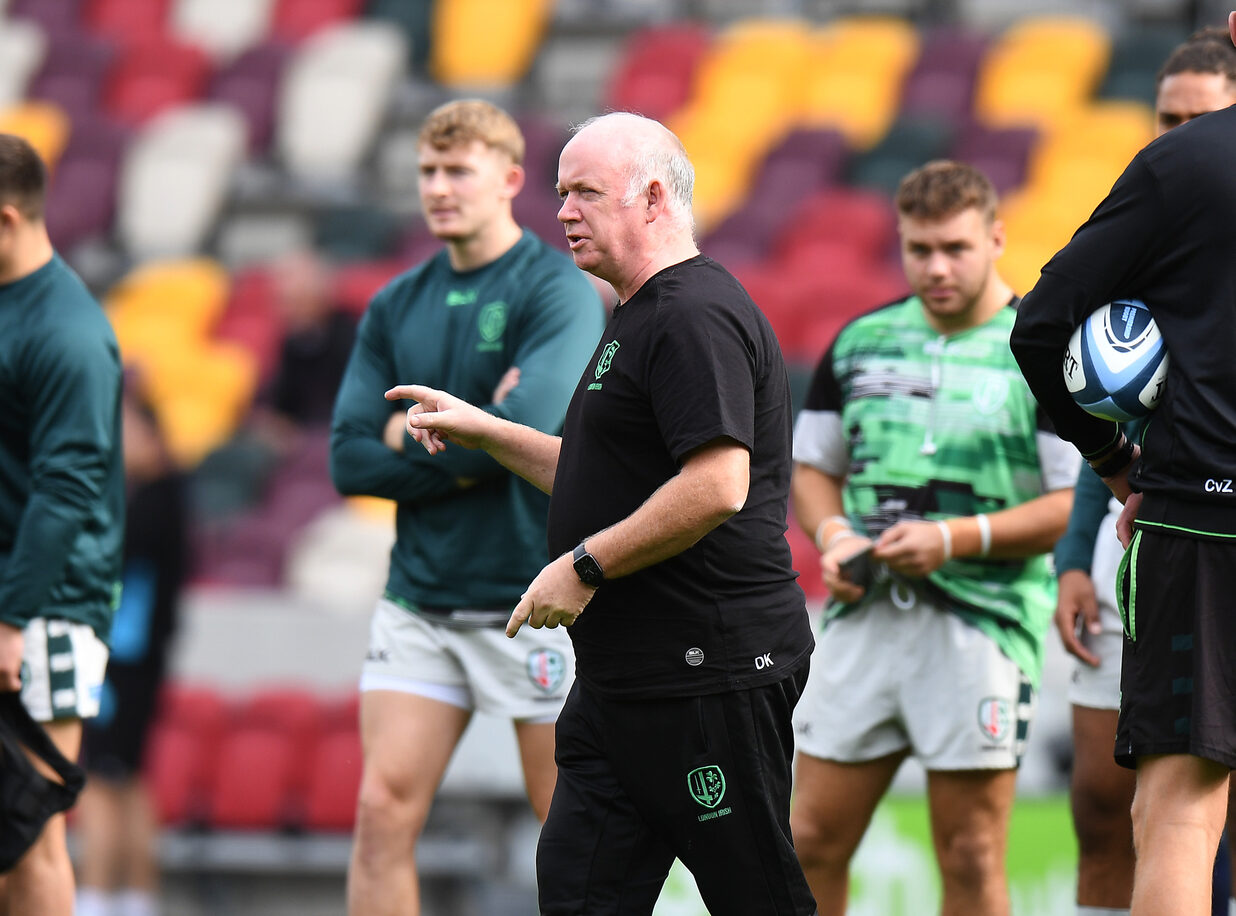 “Internally, everybody has been brilliant," Declan Kidney said, reflecting upon the work put in throughout the year at London Irish.

"We’ve had a pandemic, amongst other things, and it’s probably been one of the most challenging years I have had in the game."

Big winning margins and fine victories were prevalent for the Exiles throughout the year, the industry shown on the park being credited by Kidney to the work put in at Irish’s headquarters at the Hazelwood Centre.

The aforementioned difficulties faced by his team at times were evident in scorelines, the coach admitted, but he maintains that similar levels of determination in recent weeks across the board could see a continuation of such a rich success.

A “reward” for the squad and supporters of the Club arrived towards the end of the yearly cycle, a late win over capital rivals Saracens no less, at the Gtech Community Stadium.

“I can’t speak highly enough of everyone in the background at London Irish as to how they have got on with their work.

“Results have at times not shown what we want them to be, and that’s why I was glad for everyone involved that we got our reward before Christmas against Saracens.

“It doesn’t mean we always get that reward or are due or it or justified it, but it is nice to see everyone receive that due to the quality and quantity of the work that people have done.

“It was just one result, however, so hopefully we can continue that high and maintain the effort going into a new year.” 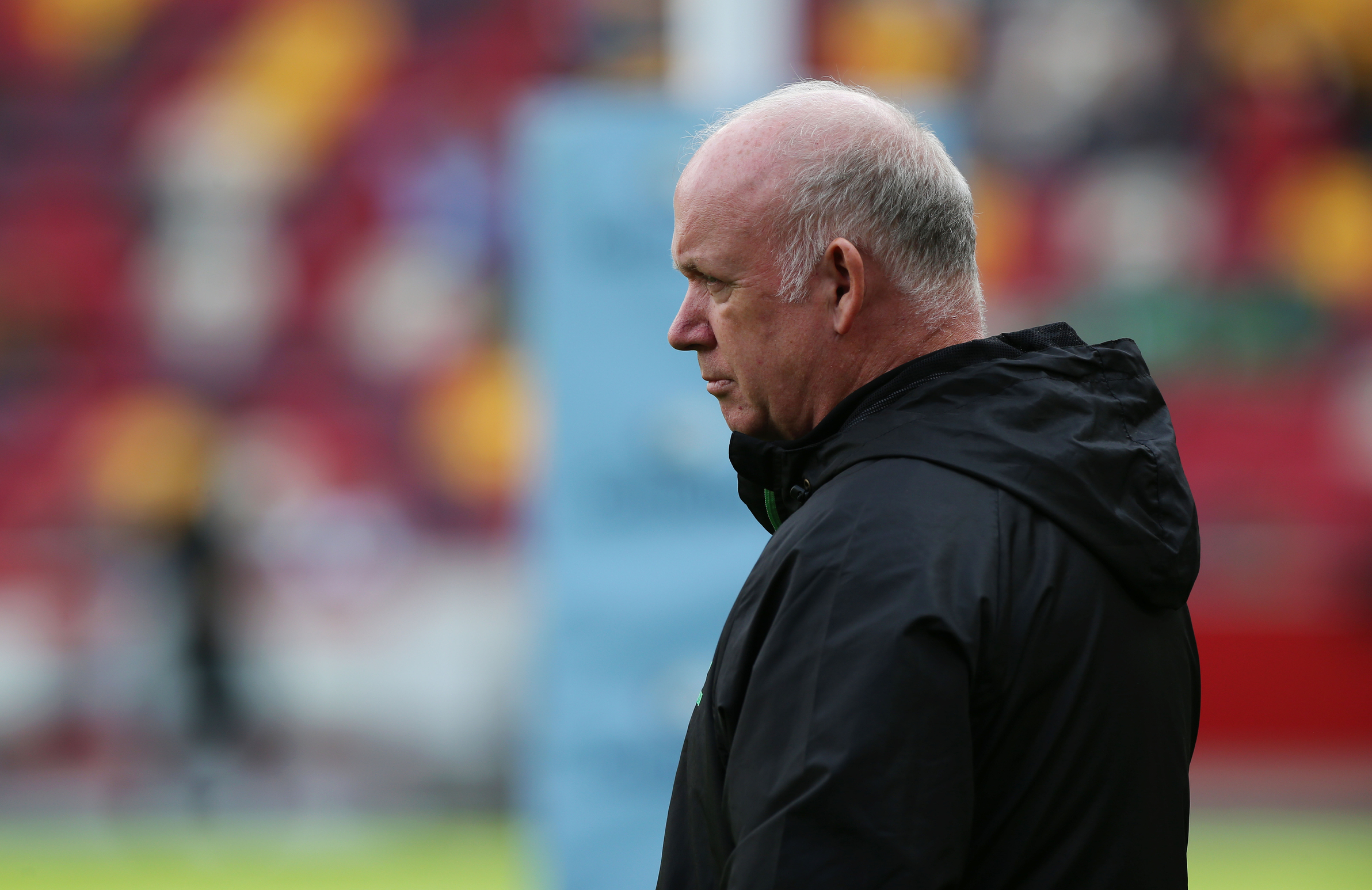 Reluctant to outline a specific standout moment throughout 2022 as a personal highlight, the Irishman instead continued to shine a light on the efforts of his team in Sunbury.

“It's the hidden work rate from everybody, it’s not something that everybody can see, but it’s how everyone has gone about their business over the last 12 months.

"It has been exceptional, and I feel very lucky to be working with the people that are here.”

Reiterated by coaches and players alike, a prominent theme throughout the year has been the emphasis on not looking beyond the next challenge presented in front of the team week to week.

Using such an outlook means that reminiscing on the high points of 2022 will be a pleasure reserved for another day, with Irish’s games coming thick and fast this term.

“We’re always onto the next one, we reflect on the last game and look to see what we can improve from it and put it in the bank.

“Hopefully you don’t just learn from it and put it into action for just one week, but instead for the rest of the year.

“We don’t spend too much time on it of course, we do look back to take what we can but it’s always going from game to game.” 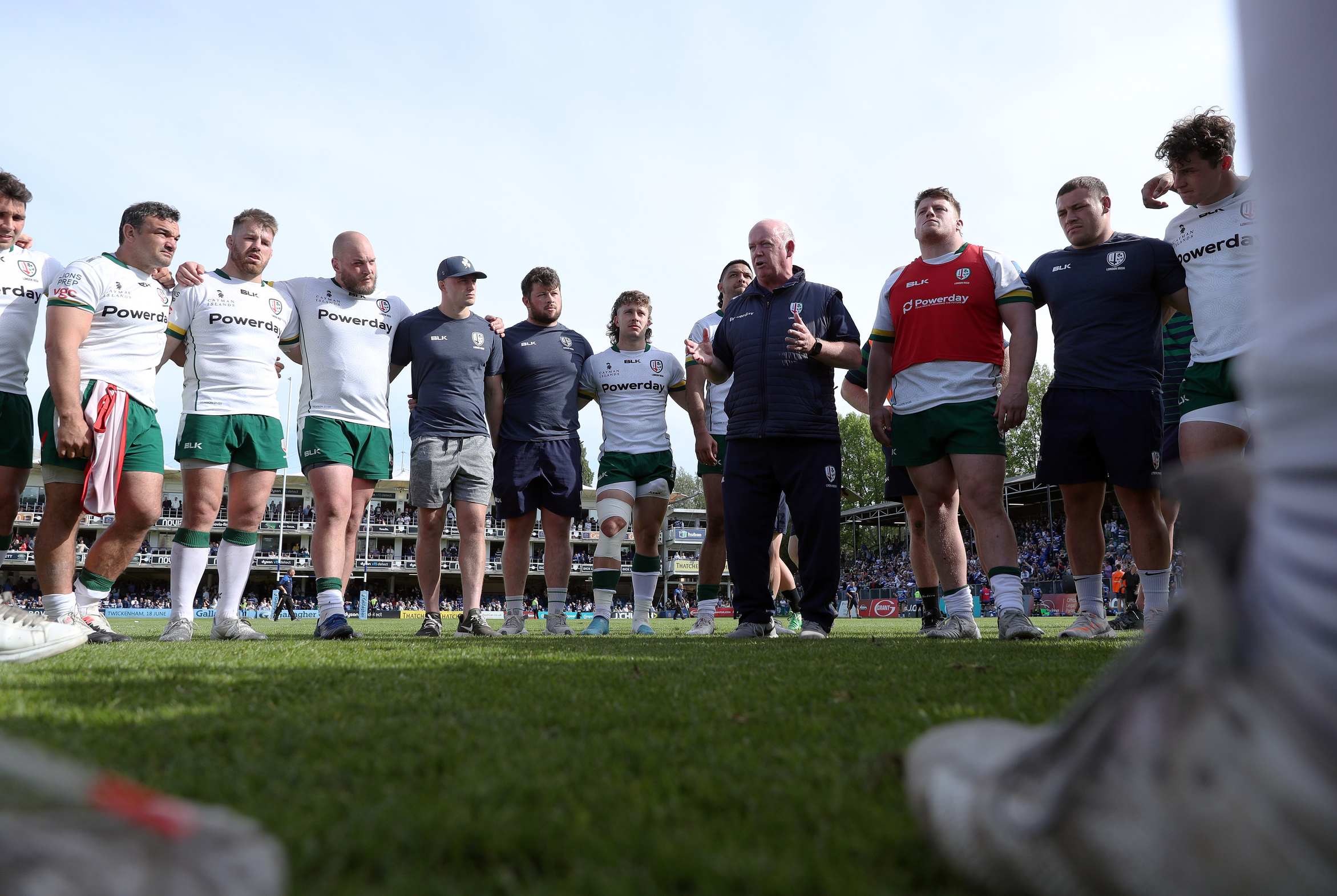 With an eighth-place finish in the 2021/22 Gallagher Premiership, Irish qualified for the Heineken Champions Cup for the first time in 11 seasons, doing so while achieving the highest points per game (PPG) average outside of a play-off finish since bonus points were introduced to the Premiership in 2001.

Amongst other milestones achieved under the direction from Kidney and his coaches, London Irish also advanced to a first domestic cup final as a Premiership side in two decades, ultimately coming up short to Worcester Warriors at the Gtech Community Stadium.

In a year typified by rollercoaster rugby, what signs of progression does Kidney recognise in his side from January through to December?

“At the start of the year, we showed our attacking prowess and scored a lot of tries, we were in a good place in that respect.

"This season, I think there has been a hidden compliment from all the sides that are playing against us, in that the respect they have from us has grown.

"In some cases they are far more prepared than they would have been a year or two before, so we are having to work even harder for everything that we are getting – it’s really well earned.

"Ultimately it will make us a better side, you want to be playing the best teams at their best because that is what is going to improve you.

"We have shown that we can compete against sides like Toulon last year, who went onto the EPCR Challenge Cup final, as well as the reigning French and URC champions this year.

"With the type of people we have here who aren’t afraid of a challenge, it will only improve us with the more high class matches we have.

"We will always need to stay on point and take both positives and negatives from our games, no matter the result.

"The appetite to improve is palpable, and that’s what makes working with this group a pleasure.” 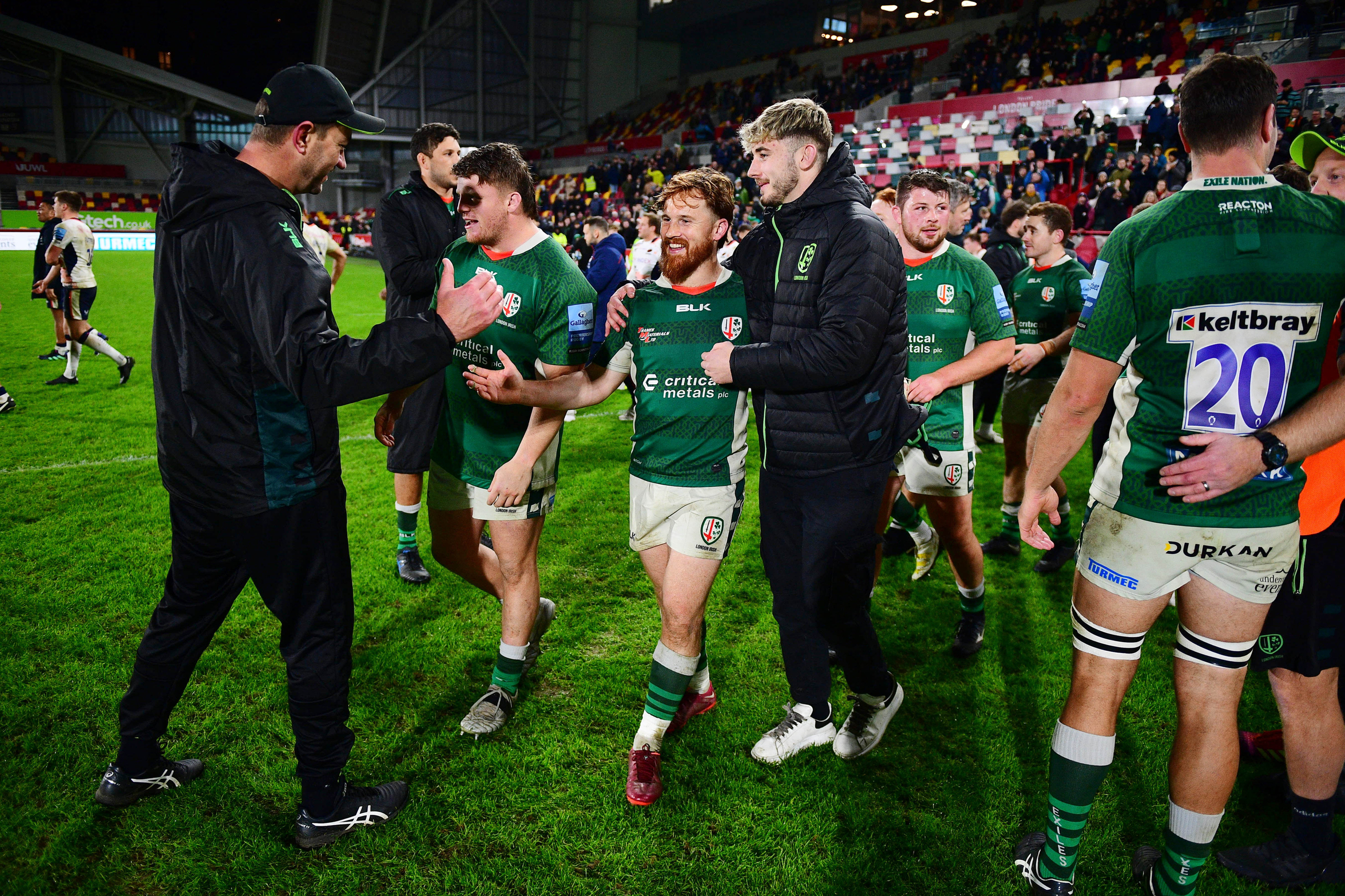 Eye-catching results against the likes of Exeter Chiefs in the Gallagher Premiership, a high-scoring affair against Castres Olympique and a cup semi-final victory over Leicester Tigers will live long in the memory of fans.

The 29-20 win over Saracens in the Premiership closed out a final outing on home turf in an eventful 2022, one of the peaks of the year that exemplified the never-say-die attitude employed by the team.

"What was pleasing this time is that we weren’t trying to navigate out of a deficit and we were well in the match from the get-go.

"We need to work on being in the match throughout going forward, being in the game for the full 80 and hopefully more results like against Saracens will come.”

As Kidney's fifth year at the helm at London Irish reaches its conclusion, the Director of Rugby extended his gratitude to the supporters of the Club for their continued backing of the Exiles throughout another year.

“I’d like to give a sincere thank you to all the London Irish fans for all of their support, no matter the results, they have always been behind us.

"Playing in the London Irish jersey is such a privilege, and playing at home in Brentford is even more so.

"The support we get there is magnificent, and you can see it growing and garnishing game by game, and the atmosphere against Saracens was exceptional.”