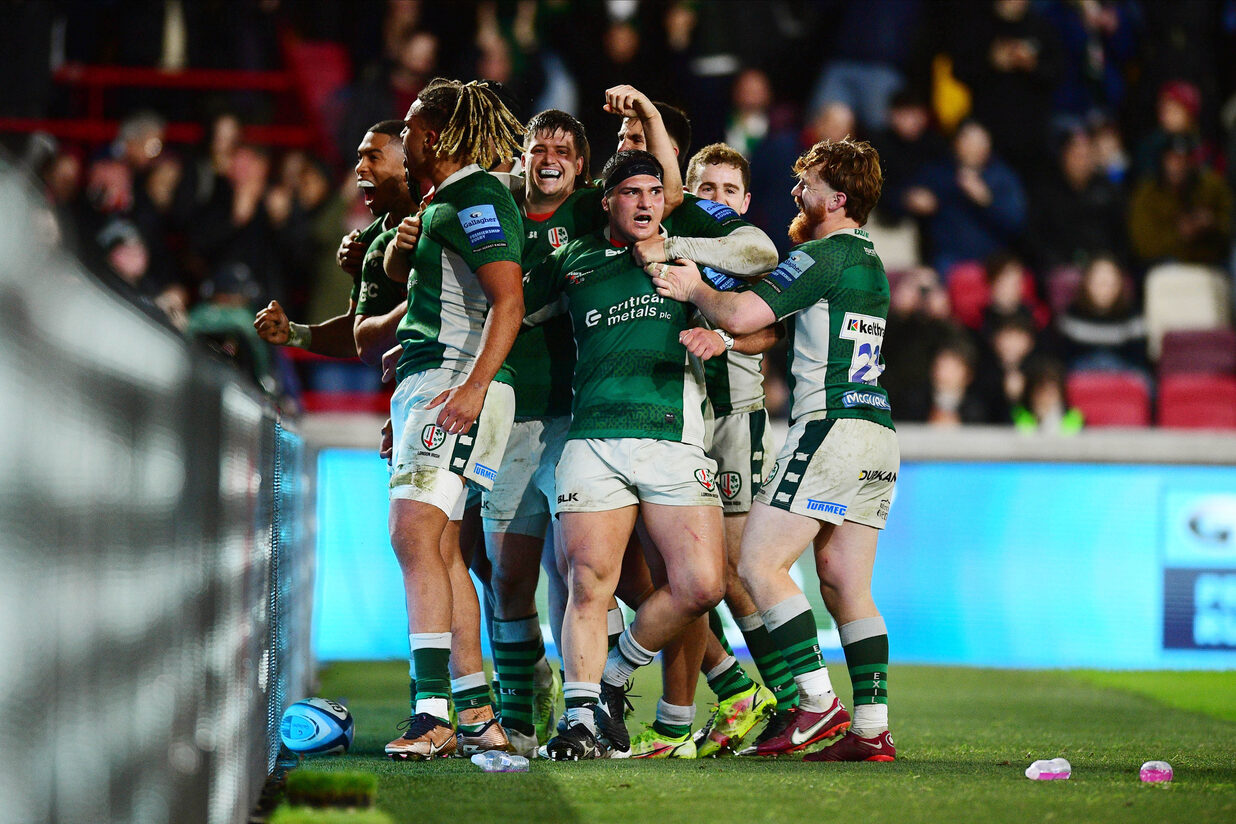 After ending Saracens’ unbeaten streak in the Gallagher Premiership, London Irish Director of Rugby Declan Kidney has commended the “honesty” amongst his group of players following a 29-20 win.

Tries from Ollie Hassell-Collins and Chandler Cunningham-South, as well as 19 points from Paddy Jackson, lifted Irish to a derby day win against Mark McCall’s men.

The Exiles blew the roof off the Gtech Community Stadium with the triumph, the north Londoners yet to taste victory in Brentford since Irish’s move back to the capital in 2020.

Commenting on the performance of his matchday 23, Kidney believes Irish received their just reward after weeks of “knocking on the door.”

“It was some game to watch, there were ebbs and flows but nothing that happened there had surprised me.

“We have been knocking on the door, and we got our reward tonight,” Kidney claimed.

“You can look at a few pivotal points in the match, but there were lots to see there and that’s what made it so entertaining.”

An exceptional level of grit was required to edge out Saracens, a side that had not lost in their ventures so far in the Gallagher Premiership as well as the Heineken Champions Cup.

This was only further emphasised with the early dismissal of Adam Coleman, alongside later yellow cards awarded to lock partner Rob Simmons and replacement Rory Jennings.

Whilst Saracens also played out a portion of the affair a man down after Ben Earl saw red, the level of intensity and rugby IQ on offer from his side despite the reduced complement pleased the Director of Rugby. 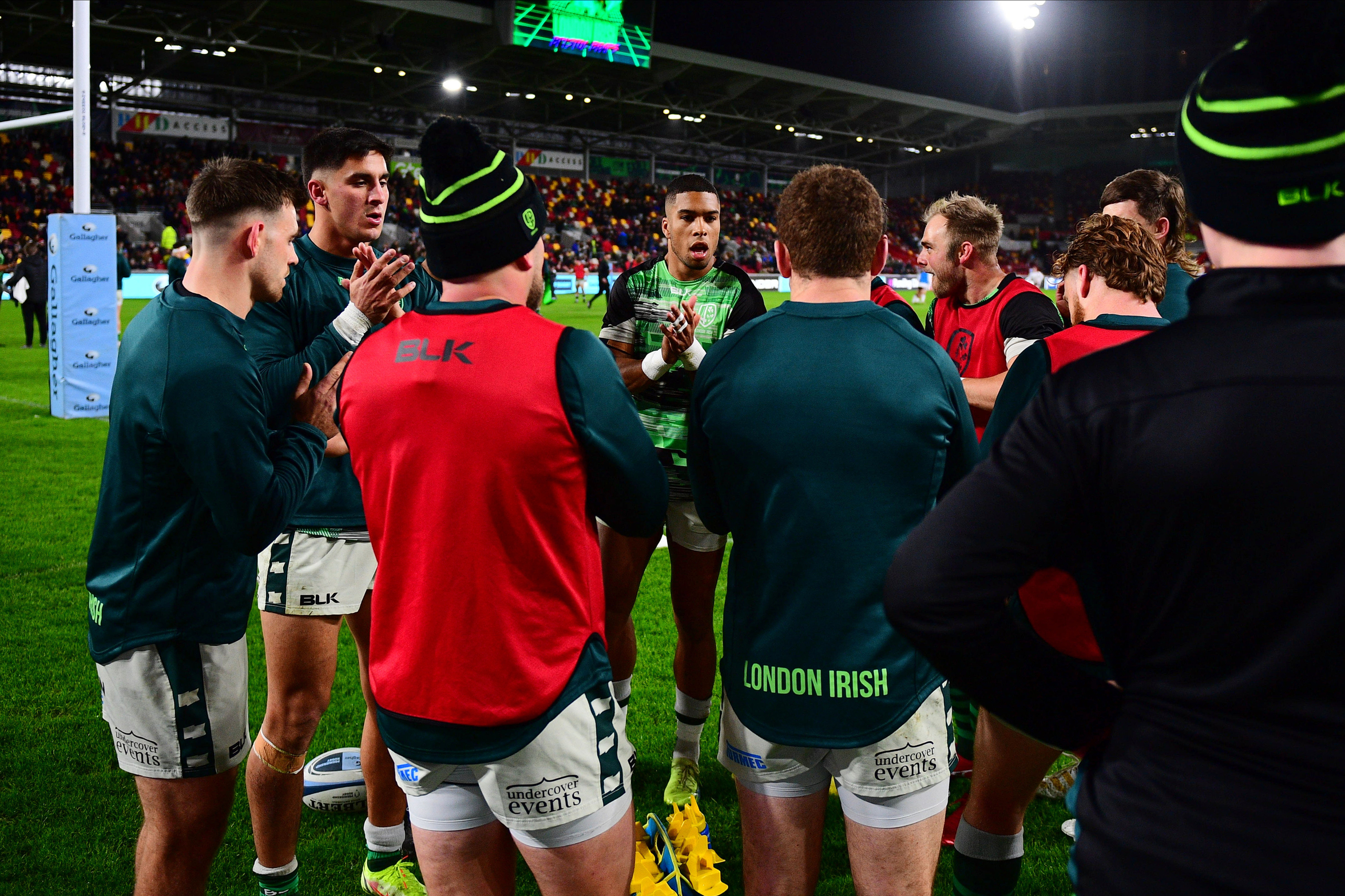 “That’s why they’re such a pleasure to work with!

“Tonight, we managed to hold the ball up on the line to take a goal line drop-out, but those little things do make a big difference.

“You have to learn how to win, Saracens know how to win and you could see that when they took the penalty to bring it to a two-point game, but we happened to get an exceptional break which led to getting the try.

“We were learning how to win over the last couple of weeks, we showed a lot of our learnings tonight and we still have a lot more to make – one swallow doesn’t make a summer.

“I’m just delighted for everyone in the organisation, there has been a bit of adversity over the last while, and to come out as strongly as that and have that belief in one another, is brilliant.

“When you see the behind-the-scenes, collective effort of everybody, it’s massive.”

As a result of the 29-20 final score, the zealous Exiles secured back-to-back league wins in the Premiership under the lights in Brentford.

It wasn’t to be the only milestone reached, with the late Cunningham-South score sealing a five-match unbeaten run over Sarries in domestic competition.

“I think sometimes it’s the way the games fall, in fairness to Saracens they had a massive win away to Lyon last week and did well to win that.

“We had two matches where you look at the games and we learned in every game.

“Our lads had a bit to prove, their lads were coming off two good wins and the tiniest things make the biggest difference at this level.” 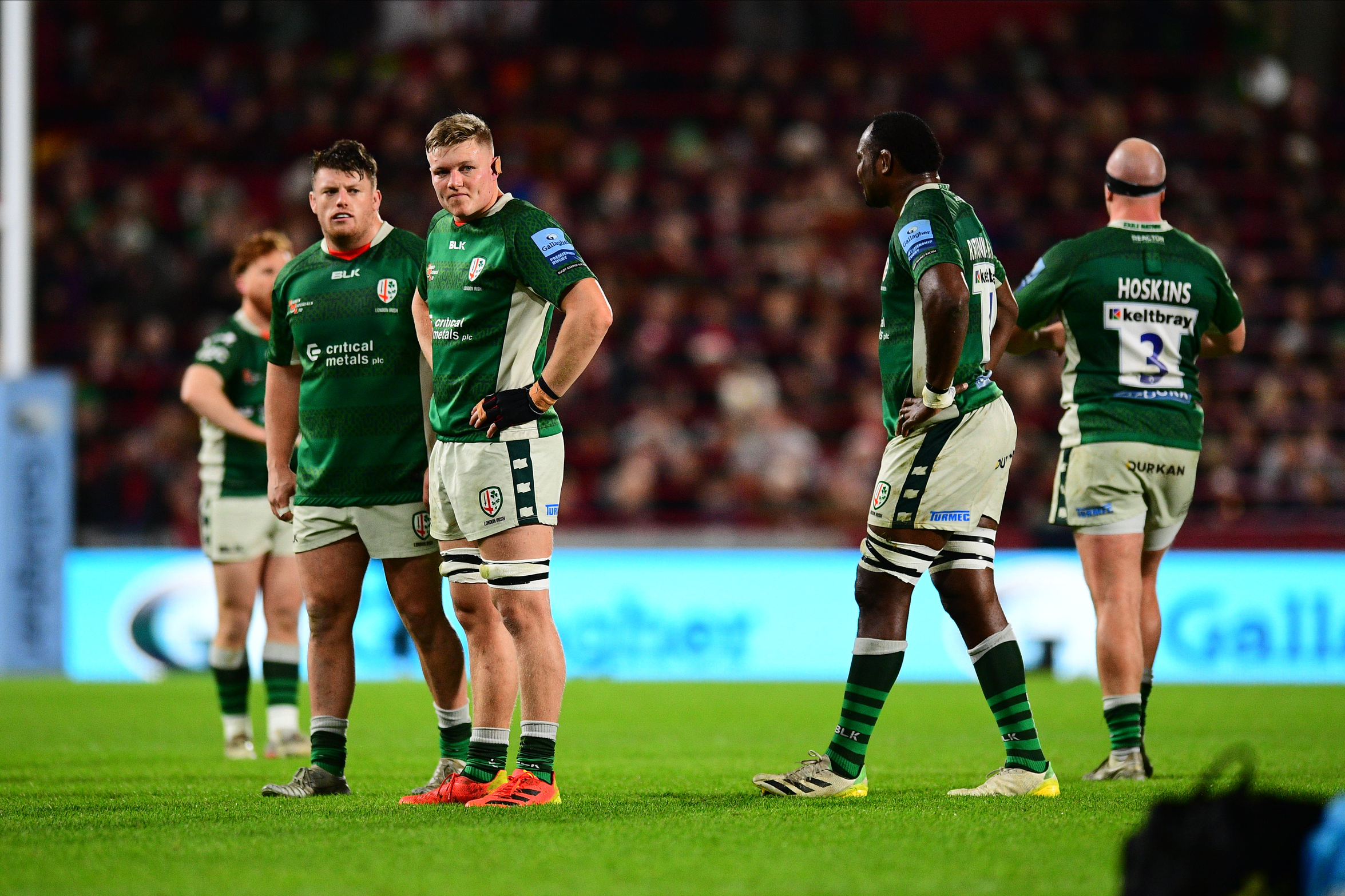 With the victory bookending a tricky patch of form in European competition for the west Londoners, was there a feeling of manifesting a positive return against the capital rivals?

“I work with a great team and there was some good planning, we went into the fixture hoping that the trip abroad would help us.

“The players believed in themselves and that’s difficult to do when you lose five or six on the bounce, we had a little bit of adversity on the way but we weren’t losing by much and we didn’t lose by much tonight.

“It can be easy to doubt yourself, but none of ours did and we were well up for it, even with men down.

“That’s why over the last few weeks I didn’t get too despondent, there were passages in the game that we played out exceptionally well and there was the honesty in the players to hold onto the ball, but then the knowledge of where to go then too.”

One of many providing the ballast for the Exiles in Round 13 was Academy graduate Tom Pearson, whose late gallivanting procession up the Gtech pitch laid the platform for the all-important final try.

Pearson was duly awarded the Player of the Match gong after making a team-high 20 tackles and 69 metres from 15 carries, and has become part of the talented youthful Irish core taking the Club to special results as against Saracens.

“I think the word I would probably use with Tom is honest.

“He’s a very honest player, he does put thought into things and knows when to go for the jackal, he knows when to back off, but he also knows there’s parts of his game he needs to work on.

“It might not sound the most technical way to put it, but if you have honest players, anything is possible.

“There were a lot of players that went well there, we have a few younger players too who are willing to learn, and we have a bit of craic as well.”