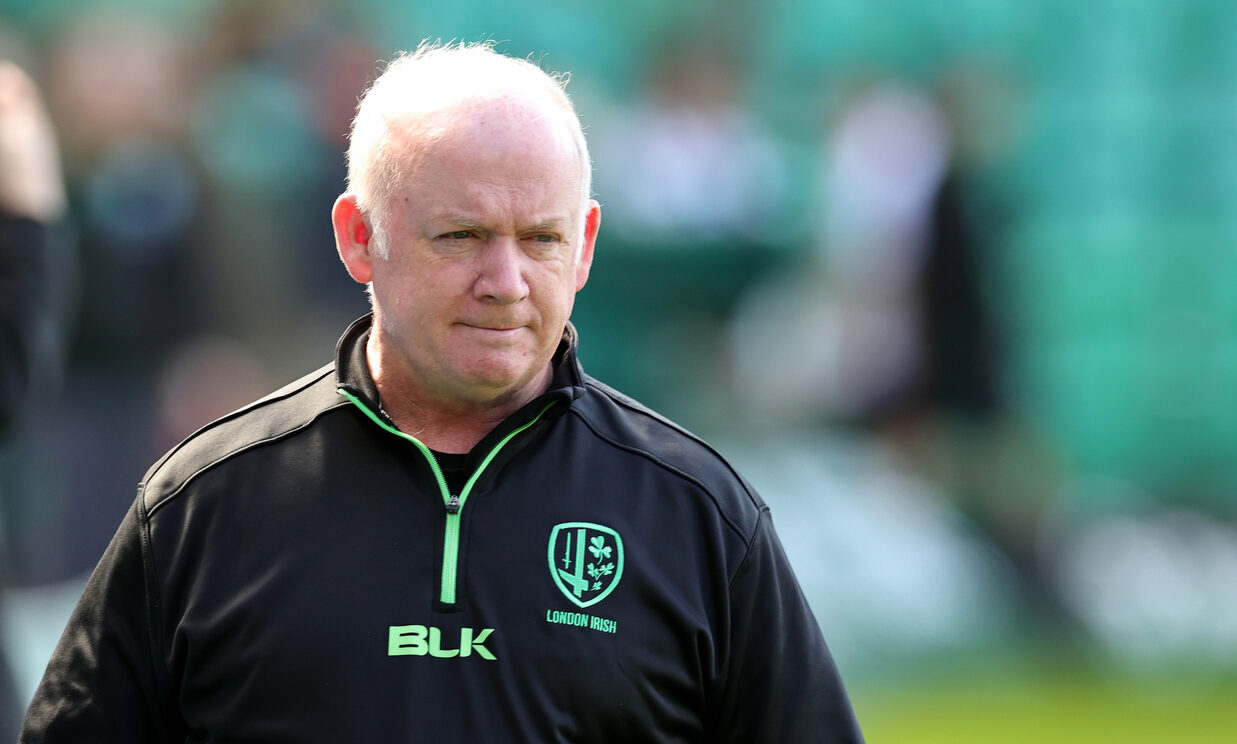 London Irish Director of Rugby Declan Kidney has said that there are collective things that his side can improve upon having analysed the Exiles’ loss to Northampton Saints.

The Round 2 Gallagher Premiership fixture at the cinch Stadium at Franklin’s Gardens saw the home side collect five points in a 38-22 win, leaving the west Londoners seventh in the table trailing an opening day win over Worcester Warriors.

Irish went into the break 10-0 down and three men light after a trio of temporary dismissals, leaving Kidney’s men up against it which they nonetheless only conceded a four-point aggregate.

Kidney believes there are plenty of learnings for his side to take from the encounter against Phil Dowson’s men ahead of a first double gameweek of the campaign.

“There were a lot of things there in our control that we can do better, I think there were a couple of momentum swings in the game too,” Kidney stated.

“The two of those things combined probably cost us as the game went on, so it’s well within our grasp to be that much better and fairplay to Northampton, we knew they would be well up for it.

“There are little things that are learnings for us to take, both individually and collectively, and if we can get those right, we’ll be better for it.”

The Boys in Green managed a positive opening 40 minutes, with Henry Arundell’s potential try in the first half ruled out for an earlier infringement that saw a flurry of yellow cards inflicted upon Irish before the half’s end.

With a change in the match’s flow thereafter, Irish’s Director of Rugby explains the effort required from his men to attempt to grasp something from the affair thereafter.

He continued: “It does take the energy out of the boys on the pitch, you could say there was a four-point swing in those nine minutes which isn’t the worst with three men out.

“We got a penalty and they got a bit more momentum then, only scoring right at the end then when our three men came back on.

“The minute preceding that and moments like that we can control better, all the good work wasn’t necessarily undone but we can do a lot better.”

“When you get a yellow, everyone looks at the time when the players are off but everyone has to focus in and use extra energy, and there is a responsibility for everyone then to try and stay on the pitch.

“One of our yellows was unlucky, one was a learning and one was an opinion- what we have to learn that when they all come together it can be a challenge to deal with.

“The more time he and Henry get, the better they will become,” Kidney said of the Club’s England internationals.

“They’re young players, and it will take a while to build up that experience.”

Will Joseph, who scored for the second consecutive week, was one of many positives for Irish on the day and the DoR affirms that contributions from the wider squad will be necessary for the next fortnight and beyond.

“It was an expensive day for us in terms of bangs and knocks but we’ve never been a side to complain, there are loads of guys in our team looking to take their place.

“Like every Club now we have a full-on schedule, there are midweek games for the next two weeks in between league games.

“It will have to be a full squad effort over these next few gameweeks.”