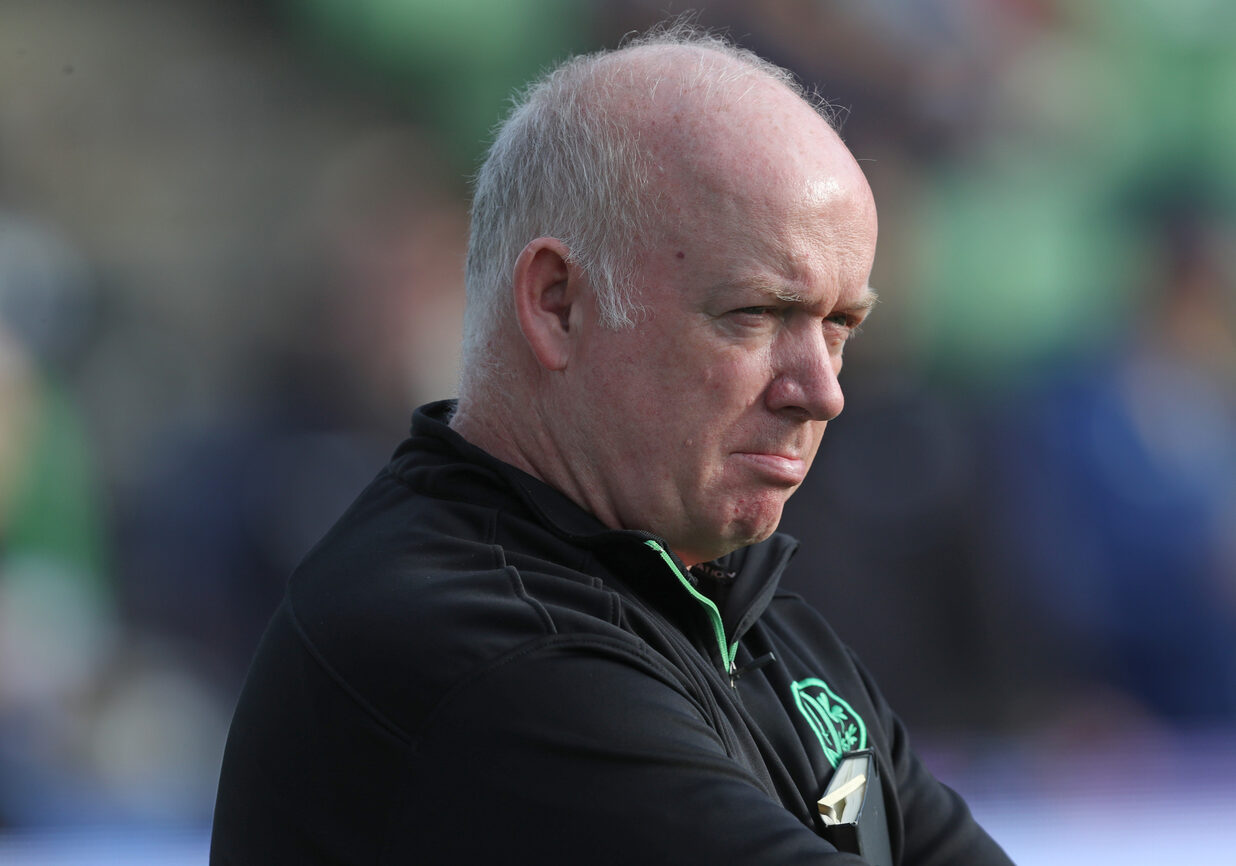 London Irish Director of Rugby Declan Kidney analysed what was a tough afternoon for his team, as the Exiles succumbed to rivals Harlequins 26-24 at the Twickenham Stoop.

An excellent first half, which saw Irish take a 14-point advantage into the break, was matched in the second period by Tabai Matson’s outfit as the teams went into the final quarter at 21-all.

Converted in the 70th minute, a Paddy Jackson place kick put Irish three points to the good, but a try scored with the clock in the red by replacement George Head stole the victory for the Famous Quarters.

With much debate surrounding the final stages of the affair, Kidney offered a comment on how he saw the game close out.

“I believe over the course of a season that you get your bounce of the ball so to speak, but of course it would be nice to get a few sooner rather than later,” Kidney stated.

“There are pivotal sections, match-winning sections in every game and certainly those latter moments were decisive.

“There are lots of things to talk about in from that game, and things that we will need to have a closer look at now.”

“It was a mid-air collision interpreted as a fair contest,” Kidney said of the aerial collision between Benhard Janse van Rensburg and Charlie Matthews with the clock nearing 80 minutes. The South African was taken off for belated a head injury assessment and wasn’t to return to the field, and in the meantime, Harlequins gained a territorial advantage which saw them eventually progress over the whitewash.

On the subject of player welfare and whether there was cause for more mitigation in various incidents in the game, Kidney examined the performance of his players surrounding the circumstances in the 80 minutes.

“There were two similar incidents when both teams’ players were sent off, so there was a consistency there and you can live with that then.

“There are a lot of decisions to be made out there by both players and officials, what we need to do is examine what we can control and influence in the games.

“When you put in that effort with those sets, defending with 14 men like we did with 15 in certain periods, yes it’s disappointing, but we are big enough to know that there are sections that require improvements from ourselves too.”

Despite the agonising nature of a defeat to the Club’s closest rivals, the Director of Rugby took gratification from the 80+ minutes of his men on the day in west London.

The Exiles shut out their hosts in the first half of Saturday’s meeting, strong attacking intent with converted tries from So’otala Fa’aso’o and Ben Donnell matched with a competent showing out of possession.

He continued: “Without a shadow of a doubt it’s very disappointing result and it always will be when you lose in the last play of the game, but as professionals, we have to let the emotions settle and deal with it just the same as if we had won.

“We will take a look at what we can improve upon, of which there are many things but I’m really gutted for the players, the staff and the supporters that we couldn’t get the reward.

“To be that disappointed, you have to be that close and you can’t wait for things to come your way because they won’t.

“We have to take it upon ourselves to be better, sport is a microcosm of life in that sense so we will need to work through it, not be waiting for things to fall on our laps and go after things.” 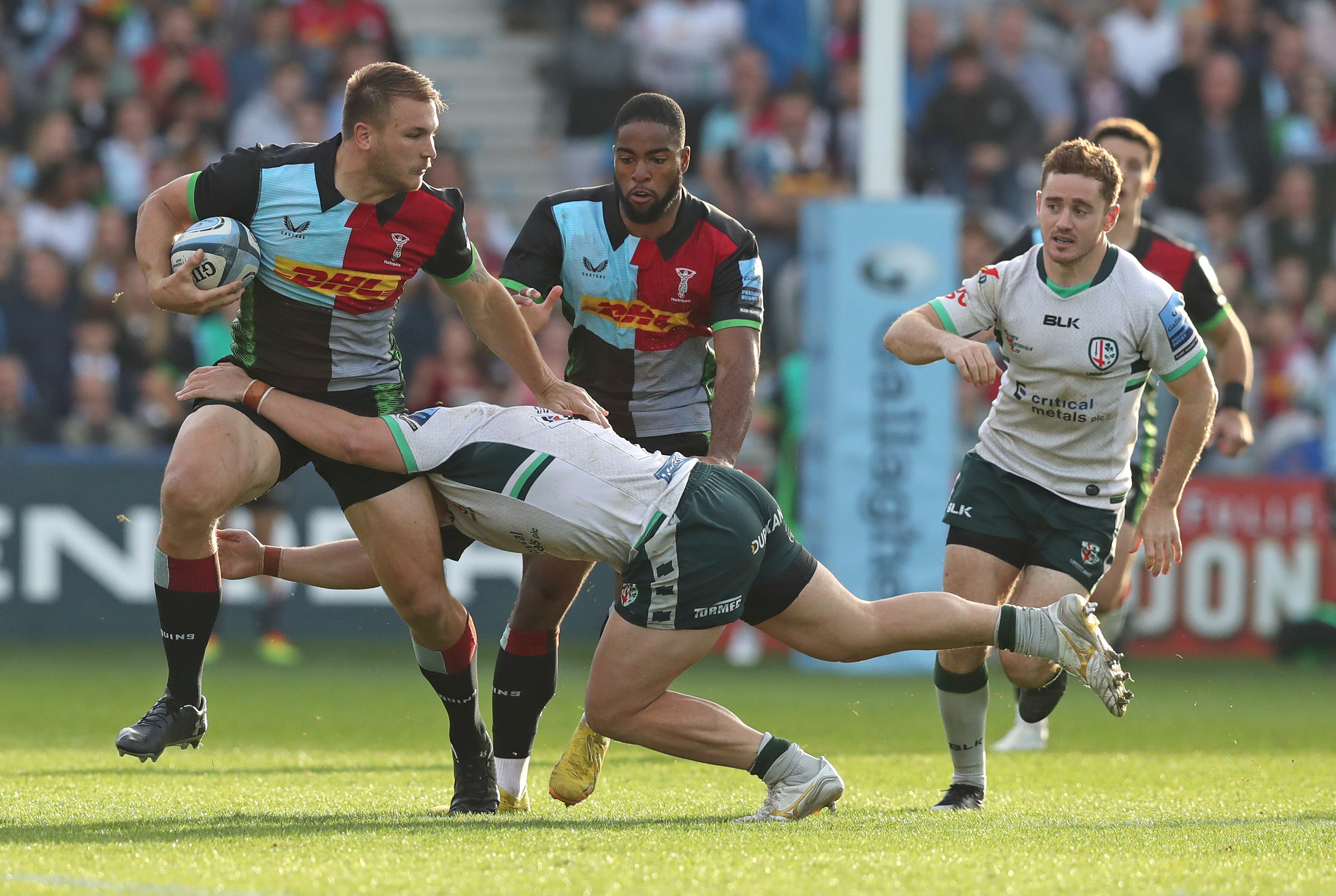 In another close result, Irish had the third-highest turnovers won (13) and tackle success rate (89.15%) league-wide in Round 8, with Josh Basham the highest tackler over the weekend (23).

Whilst many may feel aggrieved with the outcome, the outlook will seemingly still remain on what can be further refined for Irish as the Gallagher Premiership season progresses.

“One big positive is our defensive effort, that was huge today as well as scoring some good tries.

“Our discipline was good despite the cards given today, but looking at all the other moments in the match, statistically they had the same cards just at different points.

“These games have tight margins, it isn’t the first time it has happened to us but we just need to control what we can control and not be looking for handouts.

“We are happy with parts of that first 40, we were well out of the blocks and there’s parts of it that we will address to get better.

“There were a lot of things to take in in those last few minutes with the emotions yo-yoing, there were things that I would like us to work on from these minutes but also, other parts of the game as well.

“Everyone will be taking a look at those last few minutes, but what we have to do is analyse the game as a whole.”