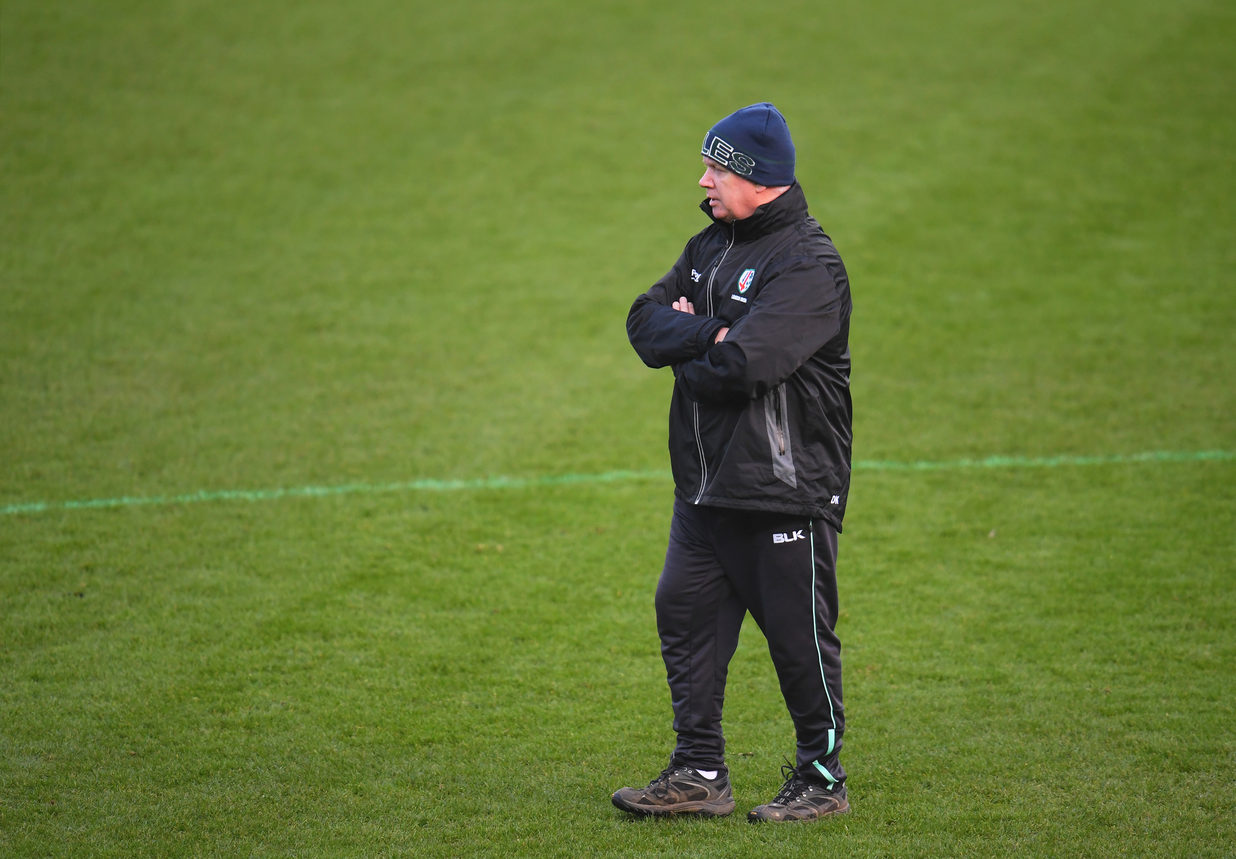 It was a close contest at Franklin’s Gardens, with a Dave Porecki try, the last action of the contest, sealing the Exiles’ 16-20 victory.

“You will always take the win when you get it with the last play of the game. It is obviously important for us as a group” explained Kidney.

“I think over Christmas we didn’t do ourselves justice and didn’t get any reward, tonight I thought we stuck at it, even though there are certain aspects where there is room for growth with this group, but the fact that we stuck at it and got reward I’m delighted for the boys because they have been working really hard.”

At the break, Northampton led the match and Kidney admits that it is was a tricky stage of the 80 minutes.

“At half-time, we knew that we had done some things to give Northampton the lead, but at the same time, there was lots of good play from us. In the second half, for the first 20 minutes, Northampton owned the ball owned possession and territory and made it difficult for us.

“We rode the storm a little bit, they had one or two penalty misses, but then we started playing and kept on playing. We are a group of different nationalities and we are learning from one another, but I think you saw the best of the different cultures come through there, until the end of the game.”