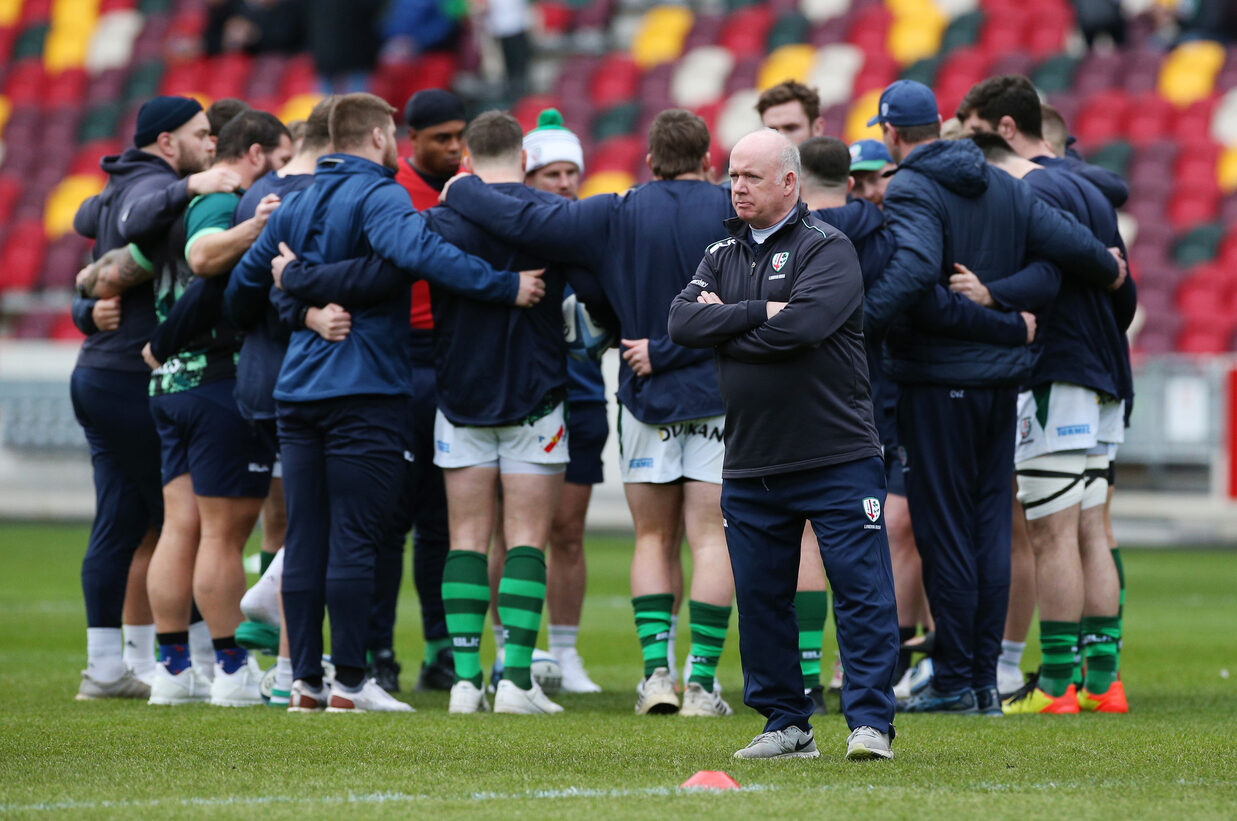 Declan Kidney is expecting a tough contest when his side head to Gloucester Rugby tonight (kick-off 7:45pm, live on BT Sport).

Irish head into the contest with a shorter week of preparation than normal, due to the Friday night kick-off, but Kidney isn’t looking to use that as an excuse.

“We are on a short turnaround this week, so we have had to be smarter with our preparations,” he said.

“Gloucester are in the same boat, so we will both be looking to get over the last match as quickly as possible and put in good performances.”

The contest against George Skivington’s side arrives with the Cherry & Whites currently sitting in fourth place in the Gallagher Premiership table and are in a rich vein of form.

“George is doing a great job. The style of play and the way that they play for one another isn’t a surprise for me. They mirror the man himself.

“They’ve picked up a lot of good results already and have a good squad. With the crowd back at Kingsholm, I’m sure tonight will be a good rugby occasion. Games like this are the reason you get into the sport. It will be a new and good experience for some of our players.”

Kingsholm Stadium is one of several brilliant venues in the league, something that Kidney has always been impressed with since his arrival at London Irish.

“The Premiership has a lot of very good rugby venues that create great atmospheres. It’s not just about playing the game; it’s about managing the atmosphere and knowing that you are away from home.

“These are all factors that we will have to deal with on Friday night and they are all things are all out of our control, so we need to focus on ourselves and our own performance.”

So as Round 15 approaches, Declan finished the interview with an assessment on how the season is going for his squad.

“I’m pleased with the way the season is going, I’m not surprised by it, and I think there is more in us. We know that our upcoming fixtures pits us against sides that are either above us in the league or those that have been getting better as the season goes on.”