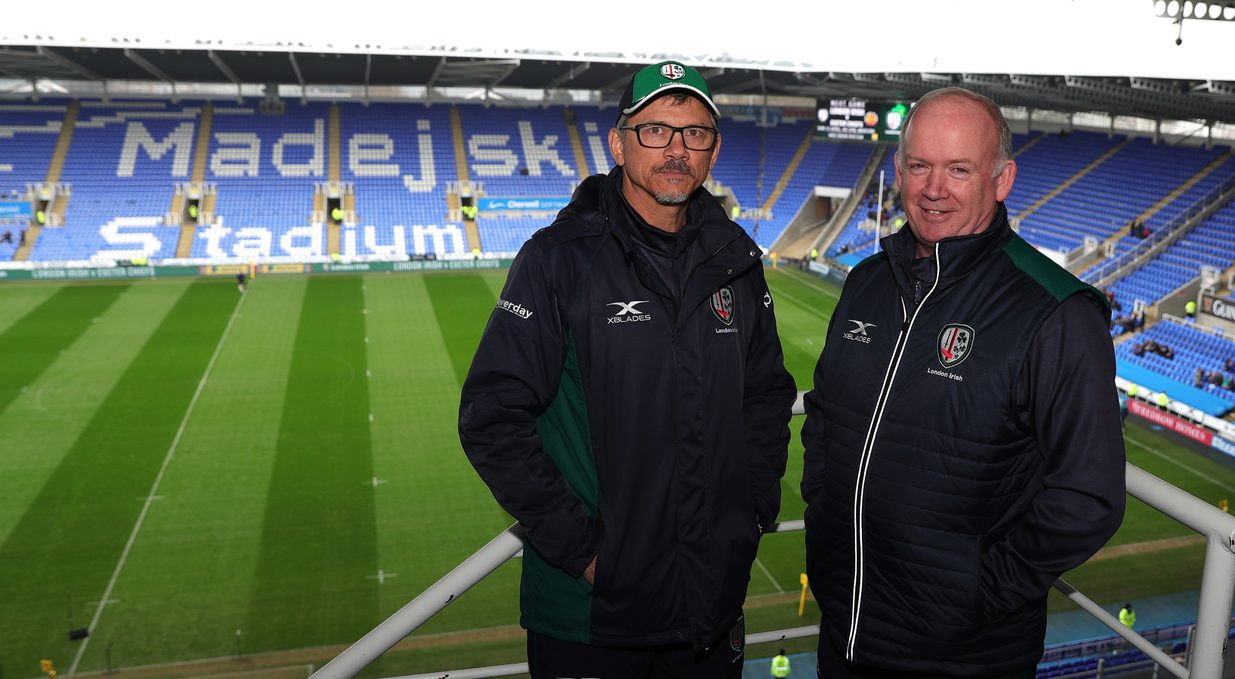 Preparations are in full flow ahead of this Saturday’s Aviva Premiership trip to Harlequins, with technical director Declan Kidney undertaking his weekly media briefing at the club’s Hazelwood training complex yesterday.

The former Munster and Ireland coach inked a three-year deal with the Exiles last month, teaming up with head coach Les Kiss who he worked with on the international stage.

Picking up two bonus points during a narrow 33-29 defeat against Gloucester, Kidney is keen for his side to reverse the fine margins and come out on top at The Stoop this weekend.

“We’ve encouraged the lads to keep doing what they’re doing as they’ve picked up a lot of losing bonus points, which means we’ve been knocking on the door for a while now,” said Kidney.

“Les and I agreed that we weren’t going to come in and change everything around and we have looked to build confidence in some of the things that we’ve been doing.

“We’ve looked at our attack and defence without changing everything around, as at this stage of the season you just don’t want to be overfilling with detail because of the nature of our matches.

“We’ve had a good 10 days with the lads where we’ve been able to add some value to training on the back of seeing some good passages of play in our last game.”

Irish triumphed against Harlequins at Twickenham Stadium on the opening weekend of the Aviva Premiership, with Tommy Bell, Topsy Ojo, Ofisa Treviranus and Brendan McKibbin dotting down that day.

“I’m sure Quins will be looking to do a number on us after what happened on the opening day and that just spices up the task even more,” said the Irishman.

“We’re treating the game as a one-off match, which you’re able to do when you have a two-week break leading into a game and I’m sure they are thinking the same.

“Confidence is a strange word in terms of perception because you could be winning all of your matches and be over confident. Just because the results haven’t gone our way, it doesn’t mean that confidence has been very low.

“You’re always looking to give things a nudge in the right direction depending on how your results are going and we’re looking no further than this Saturday’s game.”