Declan Kidney confirmed as director of rugby at London Irish 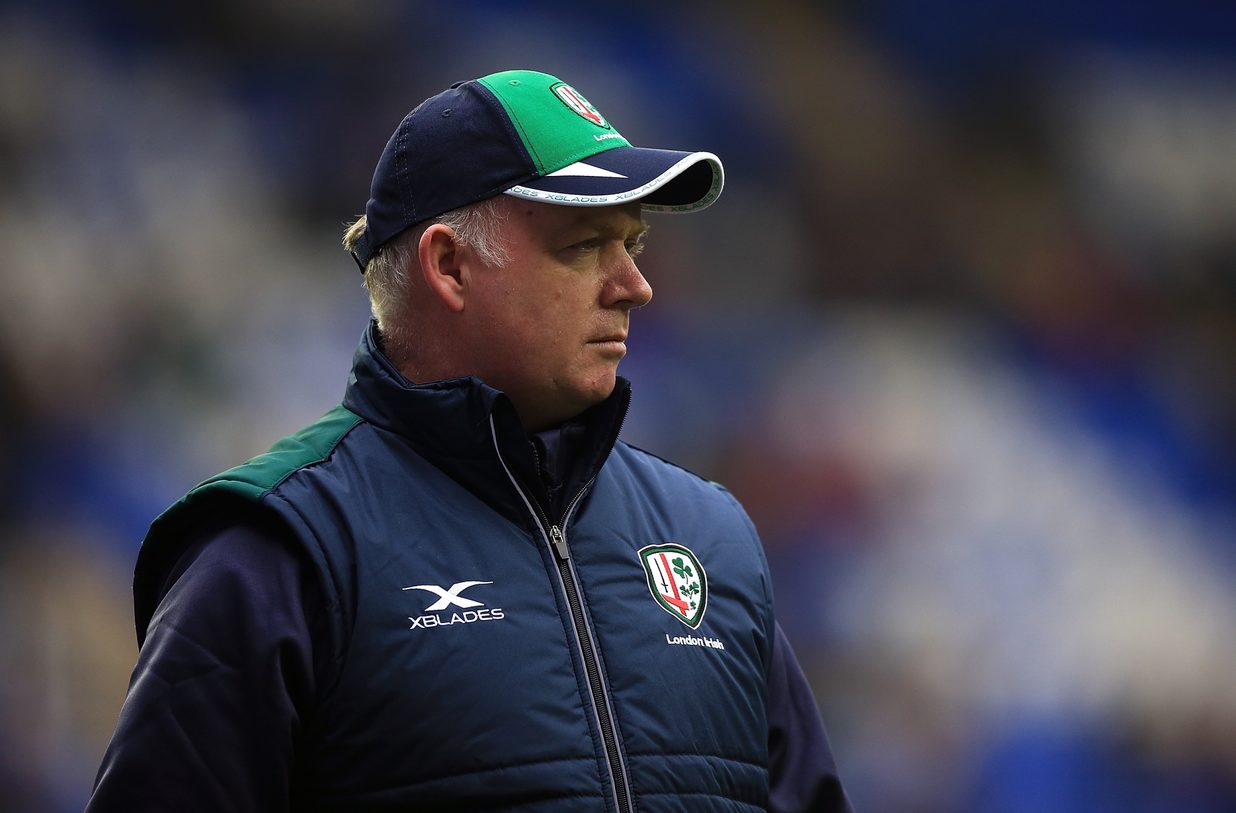 London Irish have today announced that Declan Kidney has been appointed the club’s new director of rugby.

Chief executive Brian Facer has been impressed by the positive impact that Kidney – along with head coach Les Kiss – have had at Hazelwood, and this made appointing the Irishman, who has the experience of both a Grand Slam and two Champions Cup-winning campaigns under his belt, an easy decision.

“Declan has been brilliant since arriving as technical consultant,” said Facer.

“We’ve seen players and staff alike bring a positive approach to their work both on and off the pitch.

“We’re delighted that Declan has agreed to take up his post as director of rugby and are looking forward to seeing him put the building blocks in place for sustainable success in the future.”

“We are excited about the future,” Kidney added.

“A number of players have moved on for one reason or another, but we are very enthusiastic about the commitment that has been shown by a talented young breed of players to London Irish.

“We have an academy with a proven track record of bringing through talented young individuals, some good new signings, and senior players who have shown the willingness to help us develop a sustainable squad. If we all work hard the future can be bright for us and we can achieve all our goals.

“We are building a squad that is not just good enough to gain promotion from an extremely challenging and competitive Championship, but who can then use the lessons from this season should we get back to the Premiership in 2019.

“The potential move back into London is also an incredibly exciting prospect and I know that Mick Crossan, Brian Facer and the rest of the board are leaving no stone unturned in their efforts to achieve this goal. So, I see no reason not to be a part of what could be a fantastic journey ahead for all involved.

“A special word of thanks to all London Irish supporters, who have given myself and Les a very warm welcome to the club over the last few weeks. You have certainly lived up to your reputation and we hope to repay the faith you have all shown in us by working as hard as we can over the coming months and years.”

The future is starting now at London Irish, and supporters can join the club’s journey with a 2018/19 season ticket, which guarantees the best pro rata prices for every home game at the Madejski Stadium and plenty of other benefits, too!

Head to www.london-irish.com/seasontickets for all the information!