London Irish Assistant Coach Declan Danaher has said that his side laid down a marker in their Gallagher Premiership opening day win over Worcester Warriors.

Danaher nevertheless emphasised the need for growth from the Exiles, before taking on Northampton Saints and also throughout the season, as an ever-developing squad enters their fourth Premiership season since promotion.

Saints, a 2021/22 Premiership semi-finalist Club, await at the cinch Stadium at Franklin’s Gardens with their fortunes differing in Round 1 after a 29-22 loss at the hands of Sale Sharks.

The London Irish veteran also stated of the buoyancy received from a seven-try, bonus point win at the Gtech Community Stadium against Warriors and the effect on the atmosphere at the Hazelwood Centre.

Danaher said: “It’s been really nice, we’re just getting back into that flow of playing back in the Premiership and it’s been a good few days since.

“We spent Monday reviewing the game from the weekend and it follows a good performance, and we’re obviously very happy to get the five points.

“It was brilliant that Worcester could fulfil the fixture and the nice thing about it is that there is still plenty of stuff for us to work on and grow, especially around the areas that we have been working on in pre-season.

“Defensively, I think we were very good at the weekend and in those first 20 minutes, we put a real marker down.

“The boys have really stepped up and they need to go again this weekend and do the same against Saints.” 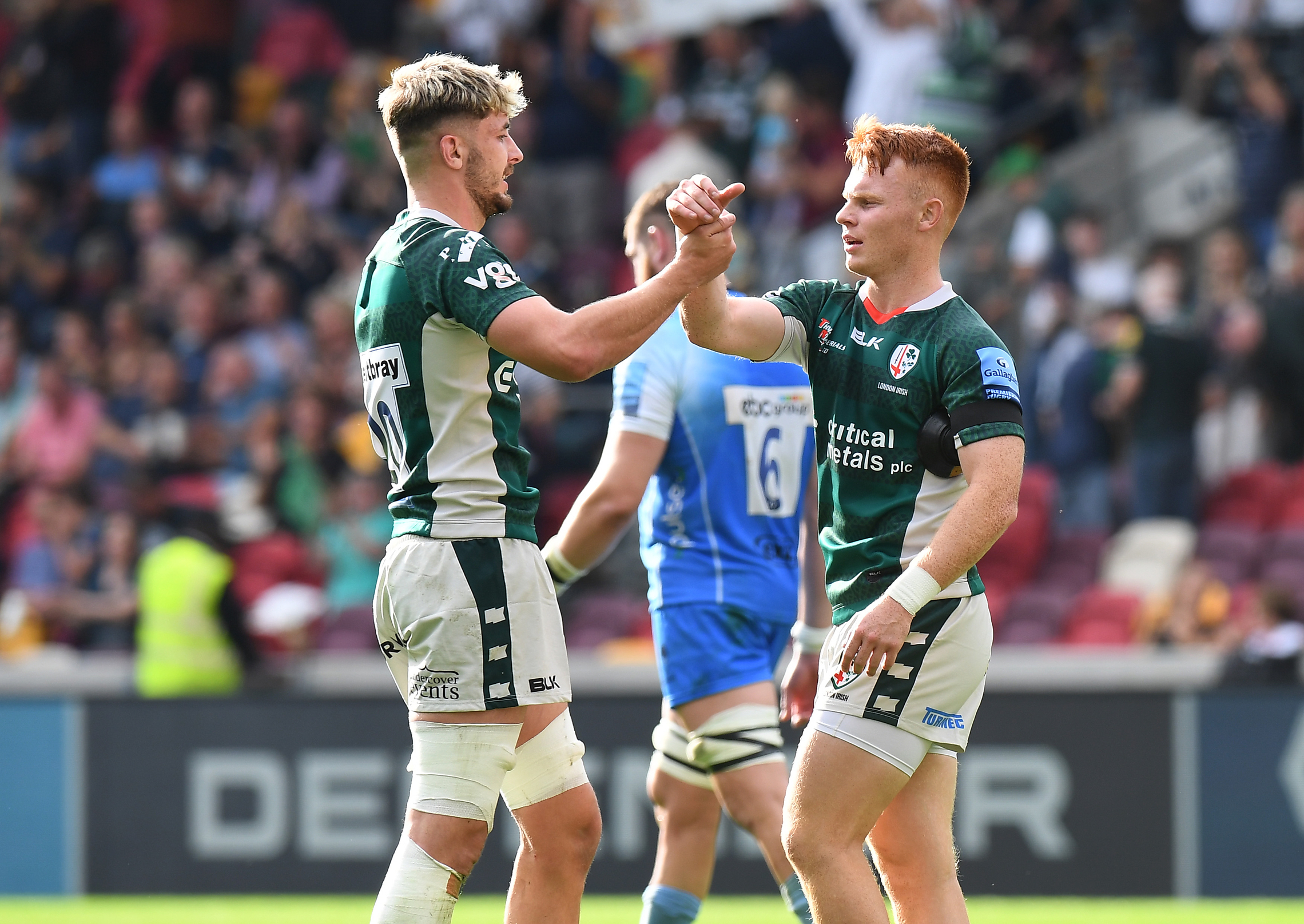 Saints were the victors in two of the three meetings between Irish and the East Midlands Club last term, the Exiles earning a try bonus point in the Premiership Rugby Cup pool stages despite two league losses.

This season however, Phil Dowson’s men made a tough start against Sale Sharks- a James Grayson penalty opening the game but Saints failed to score again until the final quarter, by which point three late Northampton tries could only manage a losing try bonus.

Danaher believes that the character and attitude of this weekend’s opponents make them a dangerous prospect, with the team “anticipating a reaction”.

“If you look at the two games from last season, we came out on the wrong end of the result on those two occasions, but it still has got the makings of what could be an exciting fixture.

“They played up at Sale Sharks in Round 1 and they might be disappointed with the 10, 15-minute period after half time, but they did well to come away with that bonus point.

“They’ll take some spirit from that and they’ll have their fix-ups, but with it being their first home game, we know the test that it is when you go up to Franklin’s Gardens.

“It was one of my favourite grounds to play at and is still now as a coach, under any team but especially now with Phil Dowson in charge, we anticipate a reaction.

“They’ll show that fighting spirit he had as a player, we’re fully ready and preparing ourselves well for that.” 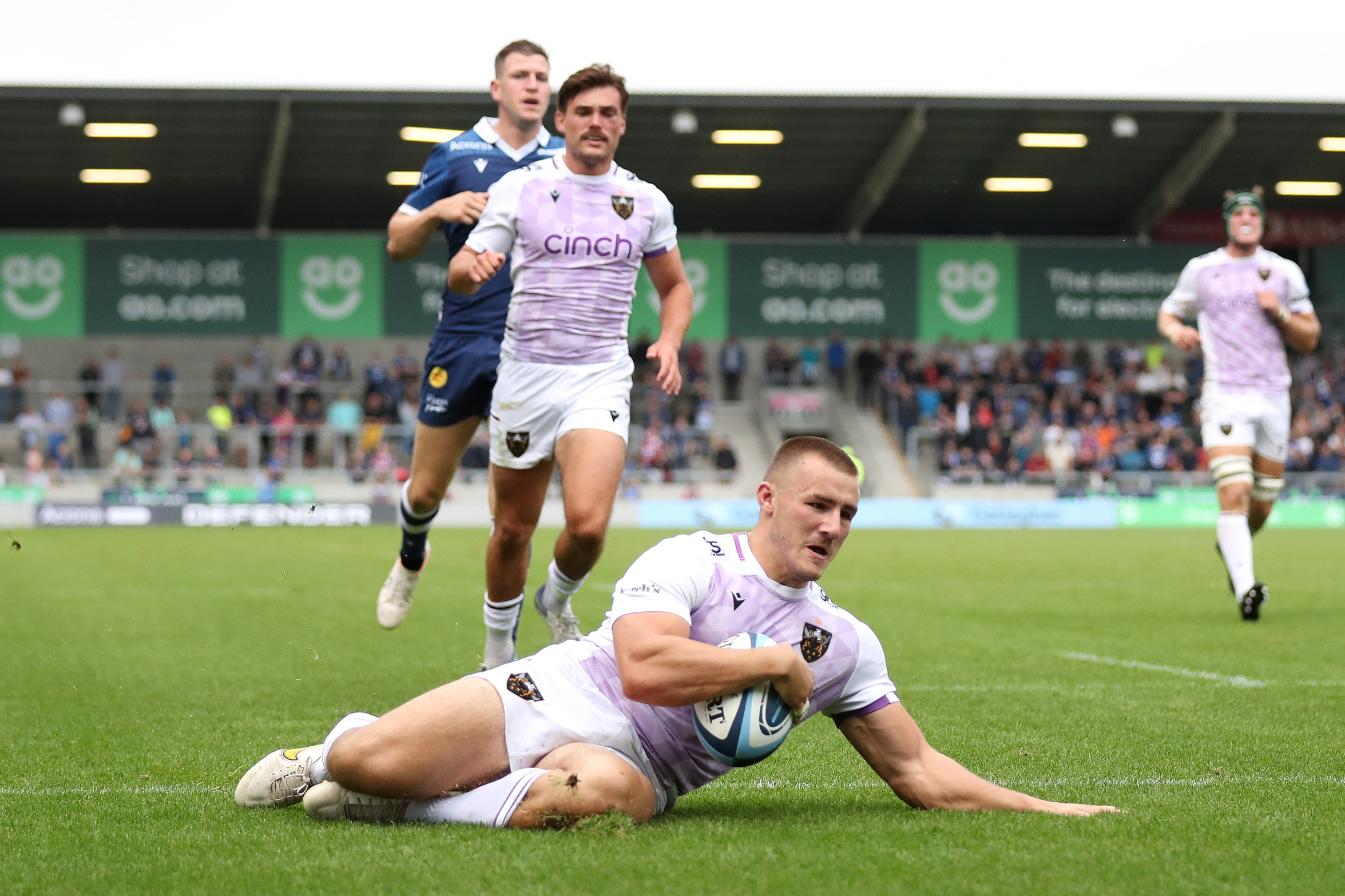 With Irish registering their first win in Round 1 of the Premiership in three years, the west Londoners will look to maintain their position of being first placed in the Gallagher Premiership.

The opportunity to build momentum is also a concentration of Danaher and the coaching team with a particular focus on whole squad development paramount, irrespective of the final score.

“We just need to continue to grow what we are doing,” Danaher continued.

“As I say, there are areas in pre-season that we have worked hard on, and the lads are fully aware of what they are.

“They need to continue to step up and develop those week in, week out and if we continue to do that, off the back of a lot of good stuff we done last year, we will be looking to head in the right direction.

“Hopefully, we can keep that momentum going with a good performance, irrelevant of the result and we can keep growing against Saints.”

London Irish resume activities against Northampton Saints in two weeks in the second round of the Premiership Rugby Cup at the Gtech Community Stadium (27th September, 7.45pm KO), with tickets available to purchase here.