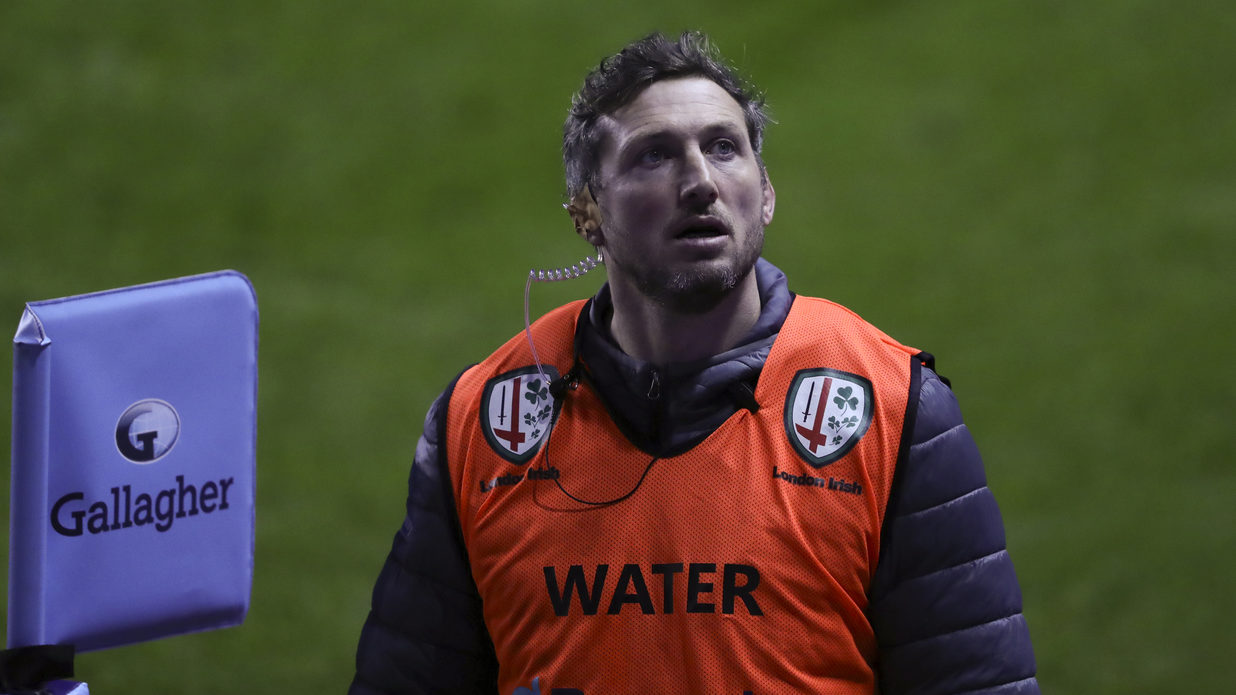 London Irish assistant coach Declan Danaher spoke of his delight at the squad’s effort in the Exiles’ narrow victory against Gloucester at the Madejski Stadium on Saturday.

Irish prevailed with a 24-20 victory with an Ollie Hassell-Collins quartet of tries, an intercept score ultimately proving to be the difference between the teams.

“I thought the first defensive effort set the tone for the rest of the day” said Danaher.

“It was a fantastic squad effort and I thought the bench made a massive impact when they came on.”

It was London Irish’s first win at the Madejski since November and backed up two impressive showings on the road.

“It was a good performance, to produce that at home, the last two away games we have done that, but it is something we haven’t done at home. Before the game it was something the coaches challenged the squad on, and it got a reaction.

“It was building on what we have done in the last two away games and it is off the back of incredible hard work and a massive defensive effort which were the foundations for that win.

“We will enjoy the moment and then move on to the next one. We will review it and have an eight day turn around to prepare for Wasps next Sunday.”

Ollie Hassell-Collins was named man-of-the-match for his four tries and now has a return of seven tries in eight Premiership outings.

“It all fell into place for him, but he still has to finish them. It has been coming for a while and he deserves it, he has worked incredibly hard during the training weeks and he is a credit to the club and to his family and got his reward today.

“He knows it is always on to that next job and there is always something to get better at, but it is not often you score four tries at this level so he should be really proud.”

London Irish welcome an inform Wasps to the Madejski on Sunday 1 March fresh off their 60-10 thumping of Saracens on Friday night.

To be there cheering on the Exiles, please click here for tickets.