Davis: We want to be known as a high-performance team 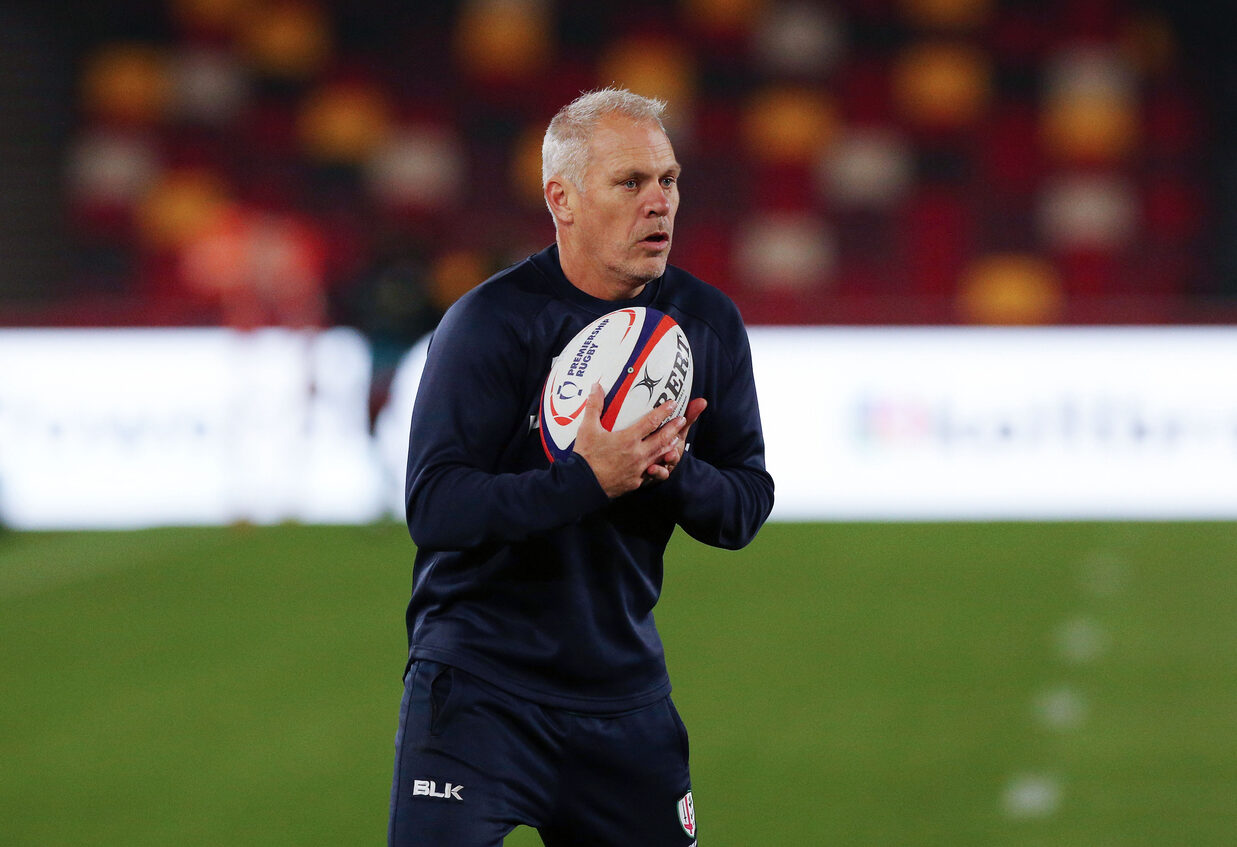 London Irish Assistant Coach Brad Davis outlined his expectations for the Exiles to grow into a “high-performance” team as Irish look to bounce back from defeat in Bristol against Bath Rugby.

In between losses against Bears and Northampton Saints in the Gallagher Premiership, the young Exiles have performed two satisfying, maximum point wins in the Premiership Rugby Cup that Davis said, “can give the team momentum”.

Declan Kidney’s men showed fight to win two bonus points in a reverse against Bristol Bears at Ashton Gate, but Davis and the coaching team are determined to shore up defence as well as maintain a reputation as a free-flowing, entertaining side.

The coach reflected on analysed what his men can refine ahead of a battling challenge against Johann van Graan’s side at the Gtech Community Stadium in Round 4 of the Gallagher Premiership.

“We have a brand of rugby that we have actively developed over the last few years, having said that, we still wouldn’t have liked to concede the four tries in the first half against Bristol Bears,” Davis said.

“In certain situations in the team, we are still a developing team; we have a very young back three, we had a very young back-row out on the field on the weekend and sometimes when you marry youth with experience, some inconsistency can arise.

“What we can be guilty of is lapses of concentration and game management, and not so much that our defence or attack is bad or great.

“That’s the biggest thing that’s happened, we’ve shown more resilience this year like when we were down to 12 men up in Northampton and we kept them out - in the same game last year, we were down two men against Northampton at home and we conceded three tries.

“It shows that we are growing as a team, maybe not as fast as I would like but we are showing greater resilience and we just need to concentrate harder in certain moments when momentum slips away from us.” 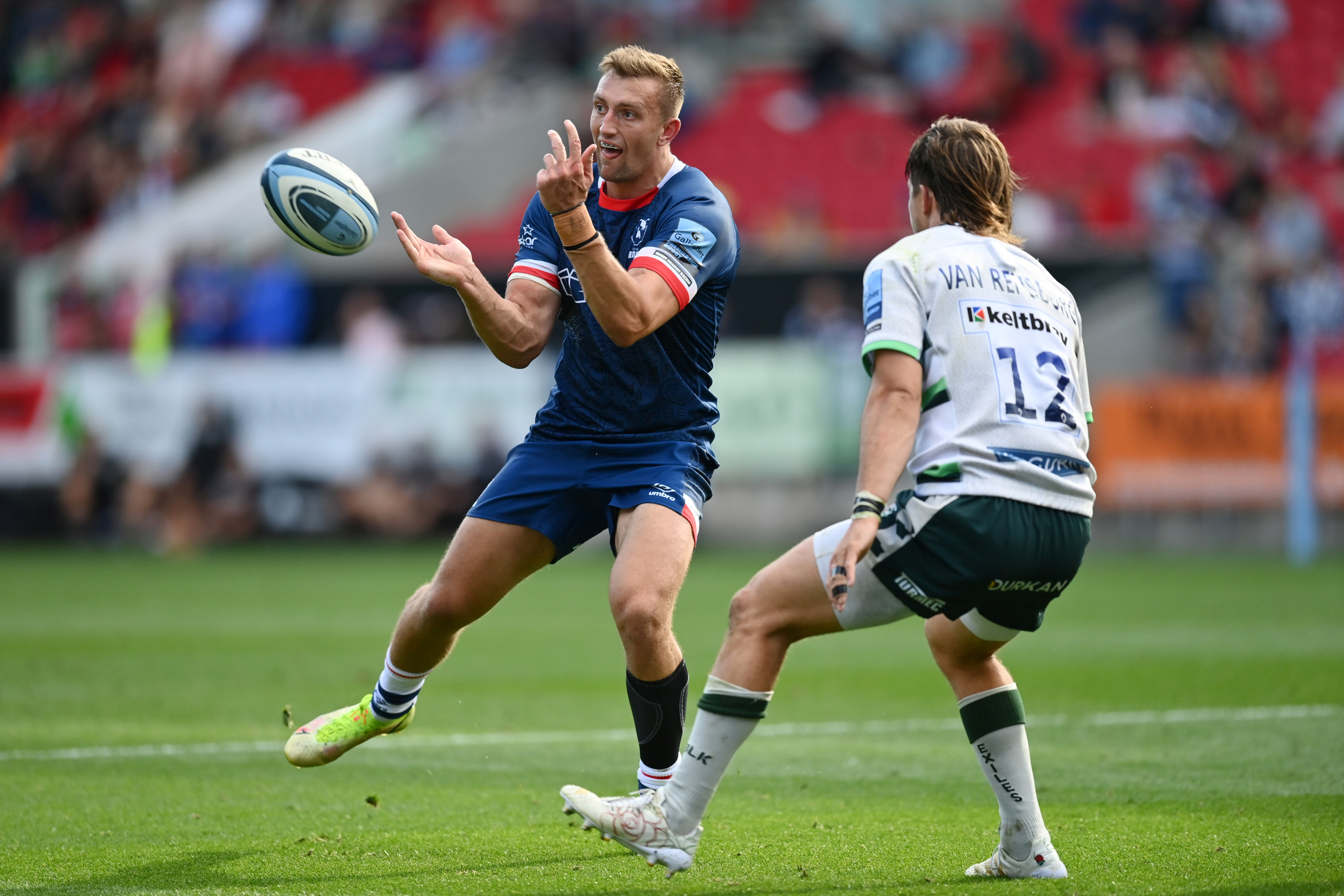 With points picked up away from home, there is scope for positives to be taken from a loss against one of two teams currently still unbeaten.

A loss against Pat Lam’s team has nevertheless grounded the Irish side in pragmatism and spurred the on-field team to hone in their focus in developing to new heights.

Davis stated: “We do take positives from it, but we also have to be realistic in recognising they were 40 points up to 24 of ours, so there’s a little bit of them putting the cue up on the rack and possibly relaxing as well.

“First and foremost, we have to look at how the scoreline blew out the 40, we got back to 26-24 and then we conceded two really soft tries by not claiming possession on the ground and not claiming a high ball.

“I felt we got back in the game at 26-24 and we let the game get away from us then- it’s these little concentration moments that we need to be better at as a team.

“The difference between us and arguably the top two teams in the competition last season are that they are able to stay on point for longer, and their lapses in concentration and physicality are few and far between.

“We need to close that gap a little bit more.” 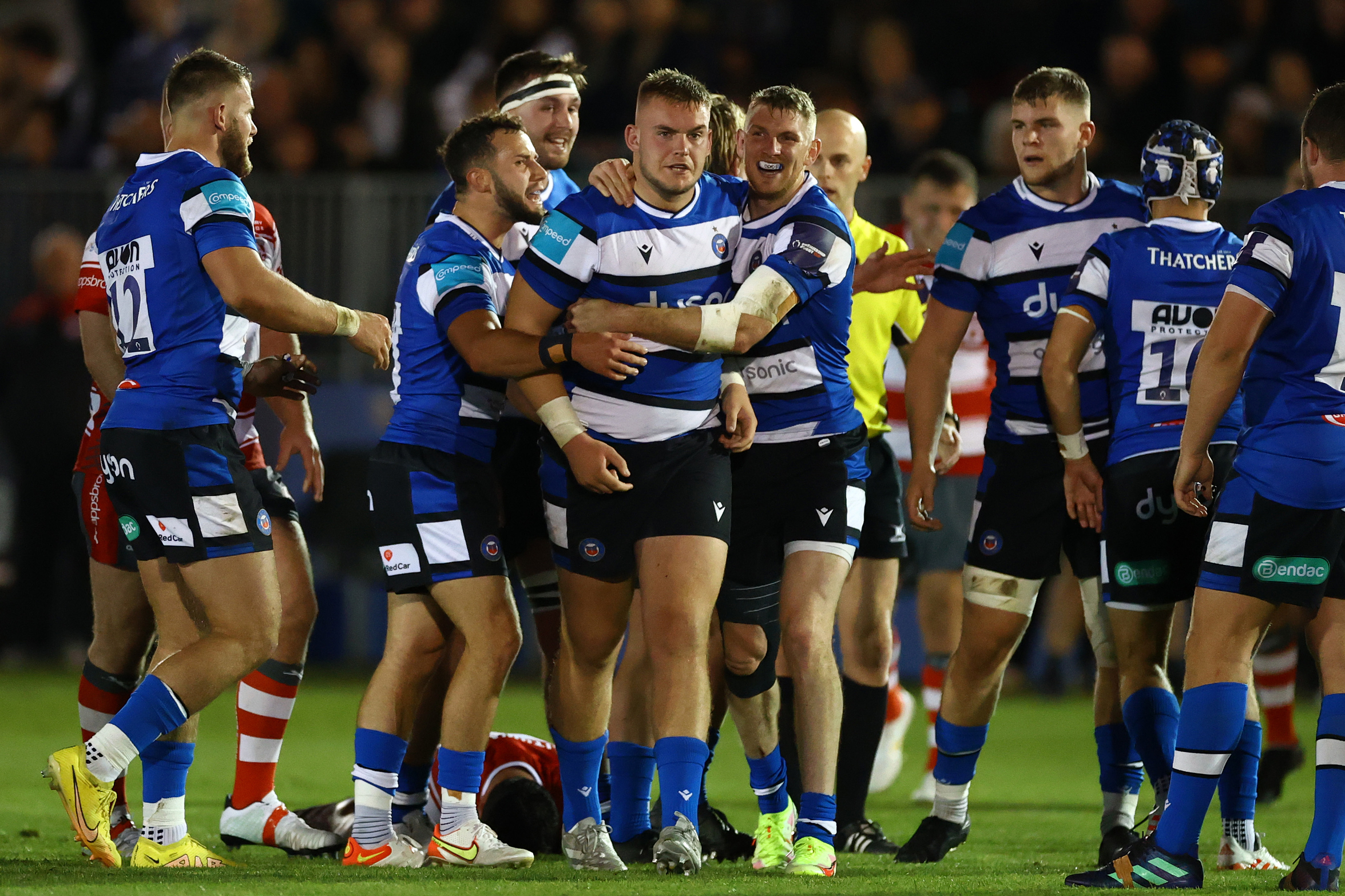 Approaching a testing encounter against Bath where Irish will have played five times in 14 days come Saturday evening, Davis comments on the current state of the squad.

“We’re in a good place as a squad, it’s been a testing two weeks because we have had the two Premiership Rugby Cup games where the young guys have come up with fantastic wins for the Club.

“We found the benefit of getting those boys last season and now this season, a few years ago a few of these players weren’t getting any game time.

“It gives them a chance to get match fitness up as opposed to starting or coming off the bench on a Saturday for the first time.

“They have made a good first of it and showed fight against Northampton, we seem to be the comeback kings winning it in the 80th minute and it shows our attitude that we will keep fighting for each other.

“Those wins can give us momentum, we are stretching our squad to the limit in terms of using every player available but we have been able to separate our teams, so we have a fully fresh squad coming into Saturday’s fixture.”

In their four competitive outings in the 2022/23 season, Bath Rugby is yet to pick up a win across three Gallagher Premiership and a Premiership Rugby Cup tie against Gloucester Rugby.

Davis nevertheless recognises the development in the opposition in relation to last term, and expects nothing other than a “torrid, aggressive and physical encounter” against the Recreation Ground Club.

“There’s always a good chance to improve, and it’s a great chance for us to perform in front of our home crowd and put in a performance for as close to 80 minutes as possible,” Davis divulged.

“In saying that, I have seen a different Bath this season because they might not have got their rewards out on the field this season, but the Bath side last season in that Wasps game would have folded by such a big score at half time.

“They didn’t fold this season, they have been behind a couple of times on the scoreboard and would have been disappointed against Sale Sharks, but I’m seeing a lot of fight, organisation and physicality.

“Sometimes they might be a little low on confidence but there’s green shoots for their supporters in the way that they are going about their business.

“We’re expecting a very torrid, aggressive and physical encounter, and we’re going to have to be on the money in all those aspects where we probably let ourselves down last week.”