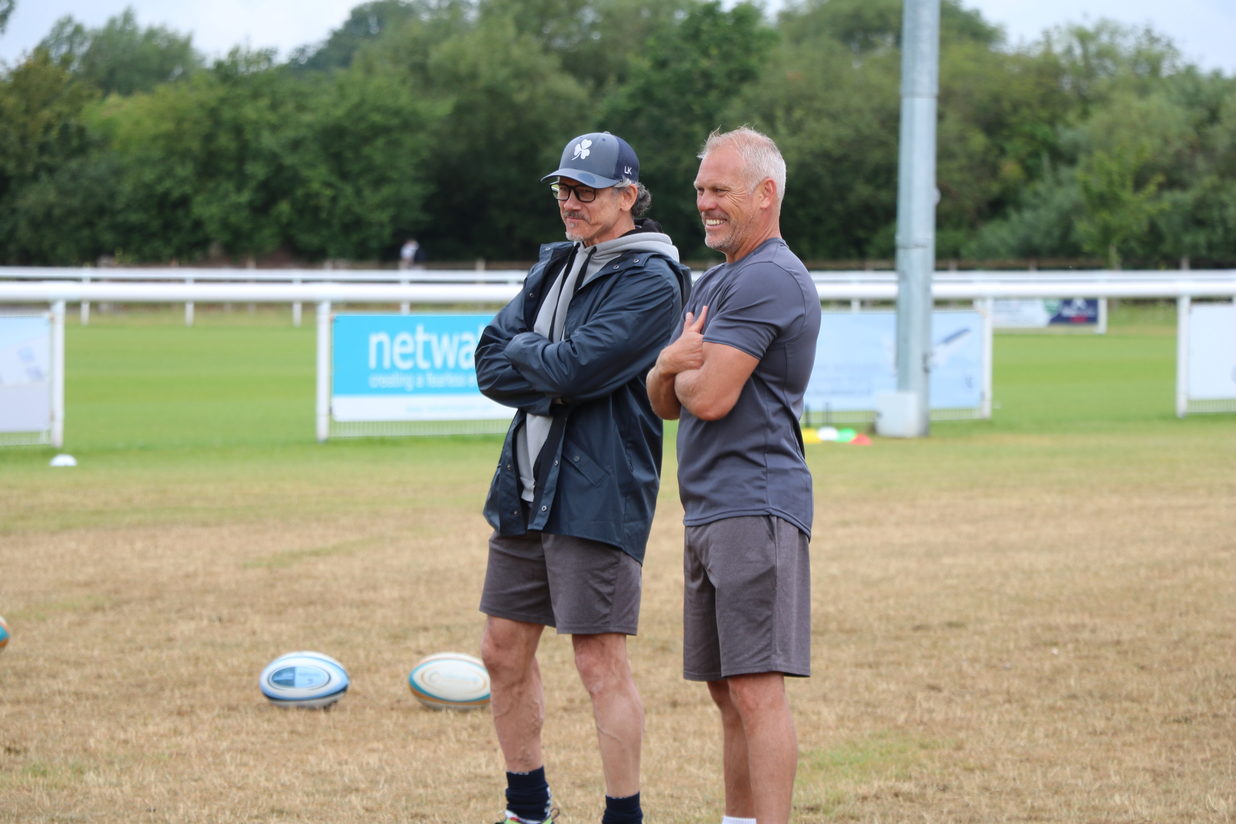 Brad Davis joined the London Irish coaching set-up at the start of pre-season training and is already enjoying life with the club.

Davis, who boasts a variety of coaching experience in the Premiership and Pro14, joins Declan Kidney, Les Kiss, Dec Danaher and George Skivington in preparing the squad for the approaching campaign.

“I’m excited to be here. Obviously joining the club after speaking with Declan and Les about its vision meant it was a no brainer to join.

“The first few weeks have gone well, and everyone has made me feel very welcome. It’s early stages but it is an exciting time. It's an opportunity for us to lay some foundations and get ready to push on.”

Davis has thrown himself straight into the action, helping to ensure the players are in great shape ahead of the new the season. Although in the early stages of his involvement, Davis has been impressed with the level of commitment shown from the squad.

“Their enthusiasm is unbelievable, and for the coaches it is about tapping them back a bit as they are so enthusiastic, and they work so hard!

“To be fair to the lads, they are buying into the sessions as we are putting a few things in place. I feel like we are on a journey and, even though we are in the early stages, I am feeling positive about it.”

Following the launch of the Gallagher Premiership fixtures, the new assistant coach is fully aware of the challenges that the club face this year.

“Yes, I tried to look at the ‘gimmes’ and which ones are the ‘easy fixtures’ but there are certainly not many of those” laughed Davis.

“We all know that it will be a difficult season, the Gallagher Premiership is a high-quality competition. The days of when you might be able to choose the fixtures that you could pick off victories are long gone. Every side is going to be competitive and we understand the task that is in front of us. The product that we want to put out on the pitch is one that we want to reflect the traditions of this club.”

Joining the existing four coaches already at the Exiles, Brad is looking forward to sharing knowledge and experiences between the group.

“It was a high-quality coaching group, even before I arrived. With Declan Kidney and Les Kiss being international coaches, it gives me the opportunity to learn from them, and I have my own experience that I am hoping to add to the set-up.

“George Skivington and Dec Danaher are both brilliant young coaches. As a coaching group, I think that we will complement each other well. The commonality that we all have is that we are ambitious, work hard and want to deliver every day. Hopefully the players take that on board, and we can put a winning formula together.”

Be part of the 2019/20 campaign with a Season Ticket. Click here for more information.