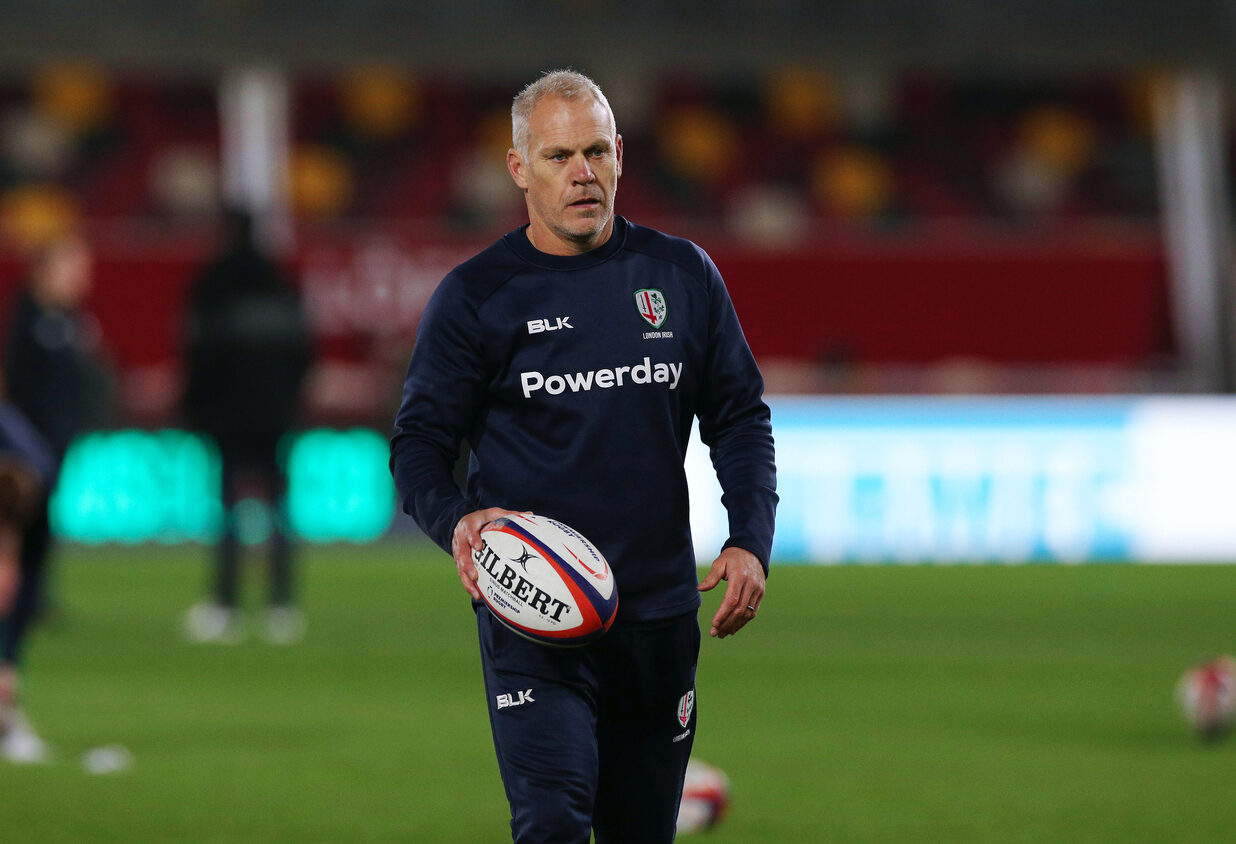 Assistant Coach Brad Davis praised London Irish’s defensive endeavour as a key factor in picking up three points at the AJ Bell Stadium after a 27-27 draw against Sale Sharks.

Friday night's result maintained the two-point gap between the Exiles and the Sharks to move the West Londoners into fifth in the Gallagher Premiership after Round 18.

On an evening when Irish picked up points in Manchester for the first time in a league setting since 2011, Davis commended the resilient efforts of the travelling Irish side.

“I thought we were brilliant, it’s a tough place to come on a Friday night but I thought we stuck at it,” Davis celebrated.

“We knew it was going to be a physical challenge and the boys fronted up brilliantly, we were good value for the draw, if not the win.

“To walk away with three points is an outstanding testament to the boys in such a short turnaround.”

Following on from a last-minute home victory against Saracens, Irish showcased their durability once again in the face of tribulation having played out a quarter of the match down to 14 men.

“During the second yellow card they managed to score twice, but we managed to get across as well.

“Once they get into your 22 and near your try line, they’re a physical unit and are hard to stop.

“Defensively, at least outside that five-metre zone, we fronted up and they didn’t really look like threatening us, I was really impressed.

“We just don’t go away; we stay in the game, and we played some great attacking rugby and defended brilliantly.”

The Exiles unrelenting fixture list sees them play out yet another demanding test against Worcester Warriors when the Sixways outfit venture to the Brentford Community Stadium this Saturday.

“Worcester have turned a corner under Steve Diamond and seem to be a much more competitive unit. We are in for a good game.”

Click here to buy tickets for the Worcester game!