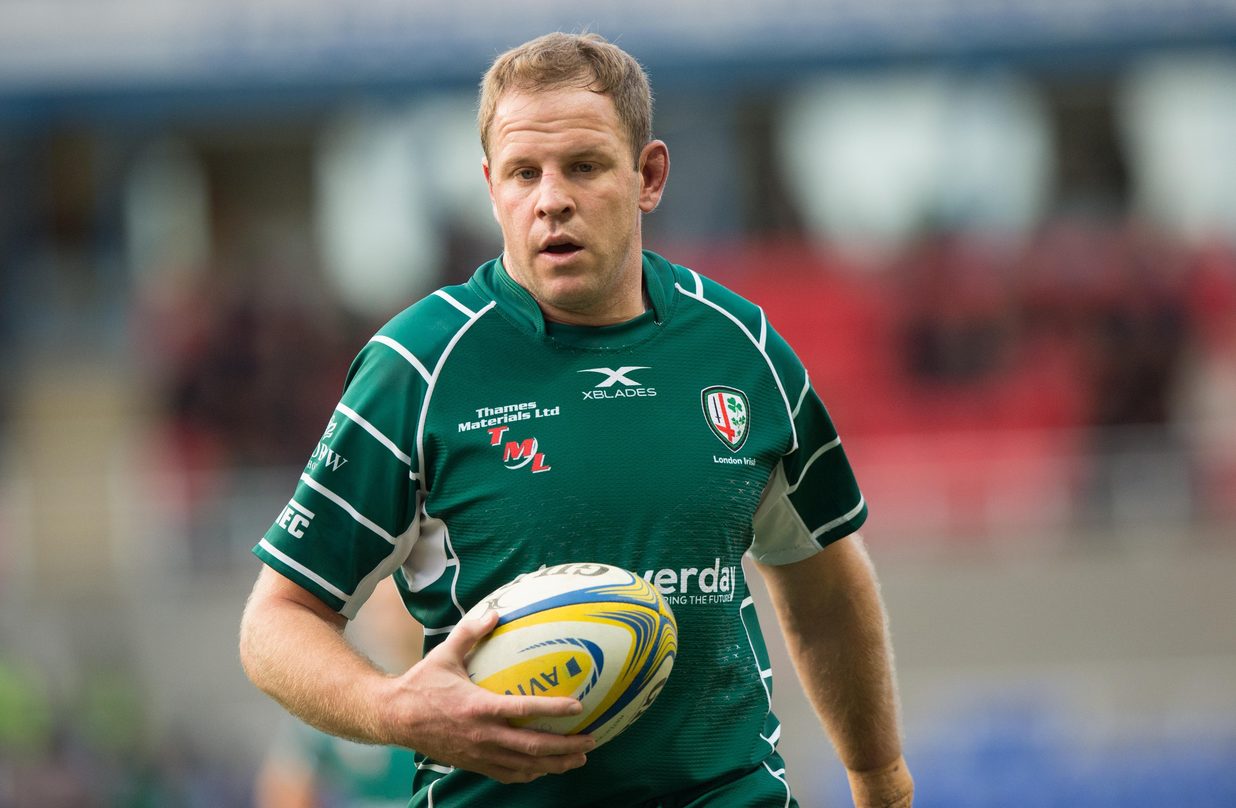 David Paice is set to become London Irish’s most capped player, surpassing Topsy Ojo’s record when the Exiles travel to Northampton Saints in the Aviva Premiership this Saturday (kick-off 3pm).

The England capped hooker, 34, will make his 283rd appearance for Irish and as fate would have it, he will break the record more than 13 years on from making his debut at Franklin’s Gardens.

Back in November 2004 Paice helped his side to a narrow 21-20 victory at the Gardens, Mark Mapletoft scoring all 21 of the Exiles’ points.

“It was a great way to make my debut and it’s quite fitting for me to return to Franklin’s Gardens and break the record this weekend,” said Paice.

“Franklin’s Gardens is a brilliant ground to play at and the atmosphere that is generated on a match day is fantastic. It’s one of my favourite grounds to play at.”

Club record try scorer Ojo broke Justin Bishop’s all-time appearance record back in October, the experienced wing marking the milestone with two tries during a 44-7 victory over Stade Français Paris in the French capital. A hamstring injury sustained at Saracens during his 282nd outing the following week has prevented Ojo from adding to his appearance haul.

“Topsy is a great friend and it’s a shame that he got injured just after breaking the record,” said Paice.

“He’s back in training now, so hopefully it won’t be long until he’s back in the team. It’s nice to talk about personal records, but the most important thing is the team, and everyone is focused on Saturday’s game at Northampton.

“I’ll of course take time to reflect on my career and be proud of my achievements once I hang up my boots, but first and foremost the emphasis has to be on working hard as a team to get some wins under our belts and climb the Aviva Premiership table.

“London Irish means everything to me and they have really looked after me during my time here.”

The Exiles travel to the East Midlands looking to bounce back from a narrow 13-9 defeat to Sale Sharks with Paice expecting a physical battle against Saints.

“It will be a tough game, but a game that we’re all looking forward to,” said Paice.

“Like us, they’ll be desperate for a win and we’ll be doing everything we can to do just that. We’ve had a good training week and thanks to the beauty of sport, we have the opportunity to put things right this weekend.”

Tickets for the London Irish v Worcester Warriors game on Sunday 25 February (kick-off 3pm) are available from £3 for under 13s and £23 for adults by calling the Ticket Office on 0118 968 1016 (Monday to Friday 9am to 5pm, Saturday 9am to noon) or online at www.lidirect.co.uk.