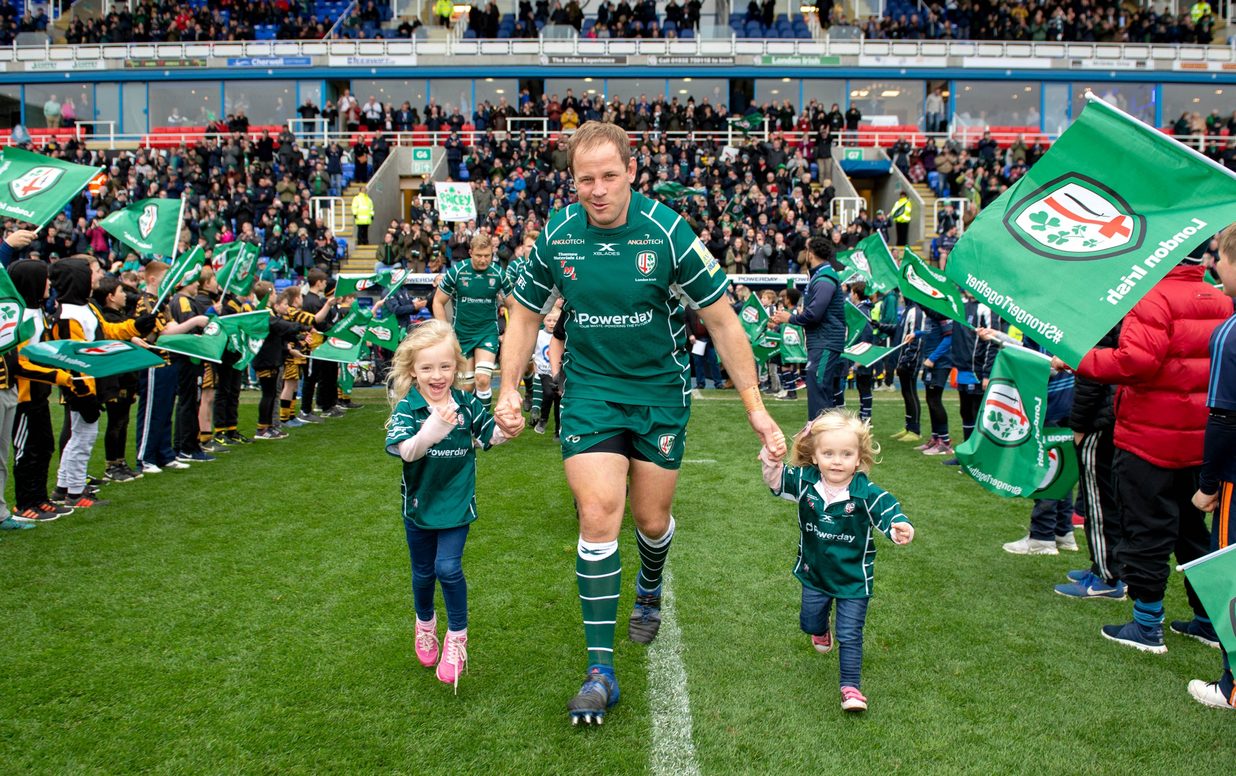 David Paice was given a standing ovation as he played his final home game for London Irish during their Aviva Premiership defeat to Saracens.

The one club man was replaced by Dave Porecki on the hour mark, supporters from both teams acknowledging the contribution of the most capped Exile of all time.

Saracens, however, failed to read the script and ran in five unanswered second half tries to win 51-14 to book themselves a home Premiership semi-final. Declan Kidney’s men trailed by just two points at the break, Joe Cokanasiga and Johnny Williams dotting down for impressive scores.

After Brad Barritt and Duncan Taylor tries coupled with penalties from Owen Farrell, the Exiles academy graduates underlined their attacking flair. Cokanasiga sprinted half the length of the field, evading the scrambling Farrell to cross in the corner, before Williams crashed over under the posts to close the gap to 16-14 at the interval. Greig Tonks’s expertly converted both tries.

Saracens came out firing in the second period, Michael Rhodes emerging from a heap of bodies on 49 minutes having gone over from a rolling maul. The north London club secured the bonus point on 55 minutes, Marcelo Bosch this time at the back of a rolling maul to squeeze over. Saracens were on song and in the final quarter Richard Barrington, Alex Goode and Schalk Brits all crossed the whitewash to guarantee their side a home semi-final against either Wasps, Newcastle Falcons or Leicester Tigers.