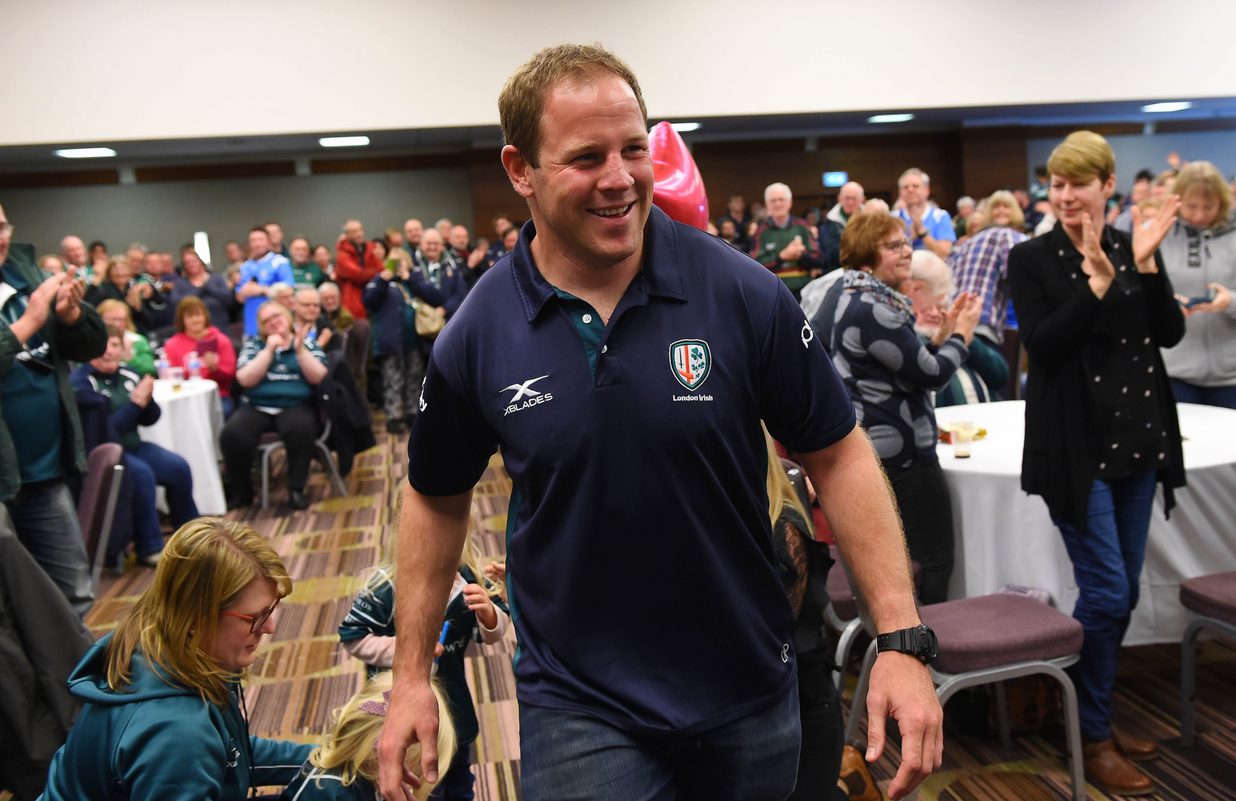 David Paice is set to play his last game for London Irish when the Exiles travel to Bath Rugby this Saturday (kick-off 4pm).

The one club man, who recently announced his retirement from professional rugby, has racked up 289 appearances for the Exiles as well as being capped eight times by England during an illustrious playing career that spans 15 seasons.

Explaining his decision to hang up his boots, the experienced campaigner said: “To be honest I made my mind up a little while ago – I don’t think it will quite sink in until the end of the season, but I’m looking forward to the next stage of my career and my life.

“It was family reasons more than anything else. I did actually promise my wife I’d retire when I was 32, so I’ve kept going for two years after that.

“London Irish means a lot to me and I’ve given a lot to them, but it had to end at some time.”

After being offered the chance to train with Irish’s academy aged 20, the hooker progressed through the ranks and became a key figure of the side which reached the Heineken Cup semi-final in 2008 followed by the Premiership final in 2009.

Now aged 34, Paice admits his plans had been very different when he first arrived in England.

“My first thoughts when I came over here was originally to only play for a year before going back to Australia,” said Paice.

“But I loved my time over here and I stayed and met a lot of good people that I’ll remain good friends with for the rest of my life.

“I’ve absolutely loved my time over here and I didn’t expect to be over here for so long – I’ve enjoyed every minute of it.”

Reflecting on some key moments in his career, Paice added: “My favourite game was the European semi-final against Toulouse in 2008. It was a great atmosphere at Twickenham, and Toulouse were one of the best teams in Europe at the time.

“We really pushed them hard and I think we could’ve won the game towards the end. Toulouse had a lot of great French players in the team at that time that I really looked up to.”

Paice played his last home game on Sunday, running out onto the field hand in hand with daughters Amelie and Charlotte.

Acknowledging that the season did not go to plan, Paice also paid tribute to his teammates for their endeavour on their return to the Aviva Premiership.

“We had a great win on the opening day, but I think we got caught a little bit in the difference between the Premiership and the Championship,” said Paice.

“We lost a lot of close games at home that we should’ve won, and I think if we did win a couple of those games, I think we’d be looking very different.

“Confidence plays a huge part in rugby. It’s been a disappointing season in some respects, but I’m proud of how the guys have stuck together, especially these last three or four months in which time we’ve shown that we belong at this level of competition.”