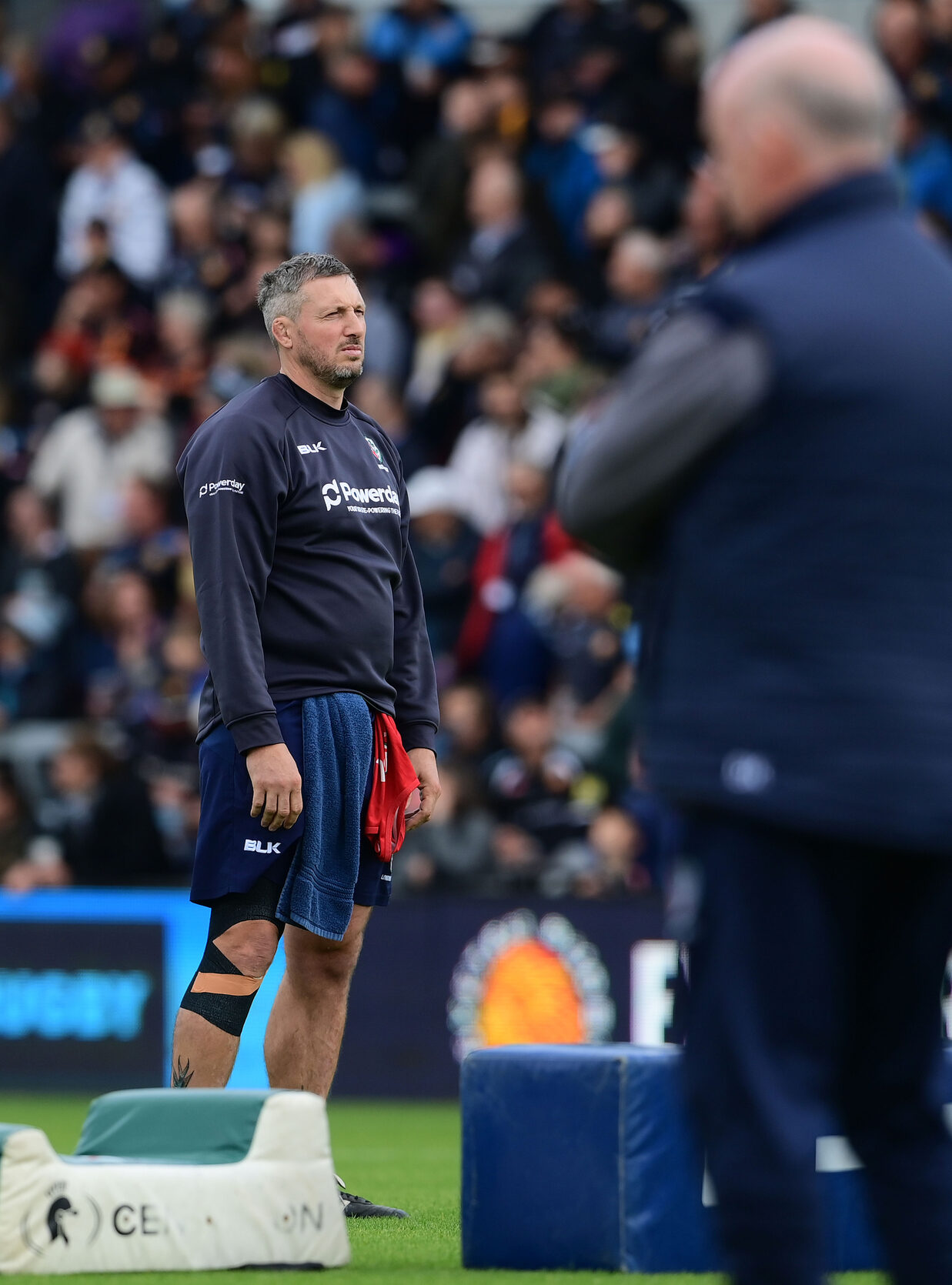 Declan Danaher expects London Irish to encounter a different test to the one faced against Section Paloise in the pool stages of last year’s EPCR Challenge Cup, declaring they look “a better, more organised” team.

Saturday evening sees the Boys in Green tackle Sébastien Piqueronies’ outfit at the Stade du Hameau, opening up their Challenge Cup journey off the back of four consecutive victories.

With Irish having triumphed 26-17 over Pau in the 2020/21 Challenge Cup, Danaher believes that Piqueronies has transformed the club into a more physical opposition since the latter’s arrival in Béarn over the summer.

“I’ve been lucky enough to watch their last four games in preparation, and after having them in our group last year, they look a better, more organised team,” Danaher declared.

“In terms of the way they are going to play, like most French teams, they take a massive amount of pride up front in their pack.

“I think the game against Newcastle will put us in good stead for that as they came at us up front, so it’s nice to have that opportunity to get those things right for the pack.”

Danaher additionally highlighted a particular on-field battle amongst the loose forwards in the that is sure the set pulses racing across both sides of the Channel.

“They also have Jordan Joseph at eight, who has played in the French sides to the U20s, so hopefully he plays as it will be exciting to see him up against some of our young back-row players like Tom Pearson and Juan [Martin Gonzalez]- they'll relish that challenge, in terms of the combative way he plays the game.

“It’s going to be tough, but of course it’s the same every week in the Premiership, the cup or in Europe.

“We have to go out and perform the way we want to play, we have our own standards and that’s what we’ll hold ourselves to come Monday whether we win, lose or draw.”

Irish’s longest serving Exile in the professional era also offered an insight into how he and the backroom staff have prepared the squad for their recent run of success.

“Week in, week out you are playing against quality opposition who are going to put you under stress and sometimes at that point it’s about controlling what we can control, being hard-working in defence and our accuracy and maintaining the ball in attack,” Danaher explained.

“It then comes down to the playmakers making the right decisions, which they have done, along with their skill sets holding up under pressure.

“I definitely believe we have grown into things, I know Declan [Kidney] and Les [Kiss] have challenged the lads to think about the game in ten minute chunks and try to string together as many positives as possible in those minutes to create more momentum.

“You started to see that around September and October, and we’re starting to do that a bit better now - not only are the coaches pushing that mindset, but the senior players are now as well.”

Referencing Matt Rogerson’s recent comments on how getting to this point of the season is a full squad effort, Irish’s assistant coach also put the spotlight on the contribution of those away from the field that enable a smooth transition between games in such uncertain times.

“We have Brian O’Leary, our Head of Performance who looks after the majority of the covid issues and Alex James, our Team Manager who sets out what the week looks like and is basically a father to 50 players and 30 staff.

“He does an incredible job to make sure the lads are prepared and ready to go, if we could get him out at full-back we would, as he has a hell of a kick on him!

“Between Alex, Brian and others like Kelly Adey who can advise the staff on how to carry out things, that brings me a level of assurance that we are in a good place and as a playing group, is something we wouldn’t have to worry about.”

Perhaps a more unique transition is that between different competitions and the different trials each side will throw at the Exiles, but Danaher maintains it is a “good head scratcher.”

“We don’t look beyond the team we play at the weekend and we don’t get ahead of ourselves, but we don’t look too far back either.

“We reviewed the game on Monday, as backs, as forwards and then as a group, taking the lessons from that before we moved on to Pau and the challenges that come with that.

“Coupling that with the travel and 8.00pm kick-off, there are a lot of excuses should you want to make them - but it goes back to controlling what we can, the lads making sure they have enough rest and they control as much as they can with the prep, and if things happen on the way there then you just roll with it.

“It doesn’t matter which competition we’re in, we still go in there with that same mentality of winning every game and putting in a performance we’re proud of.”