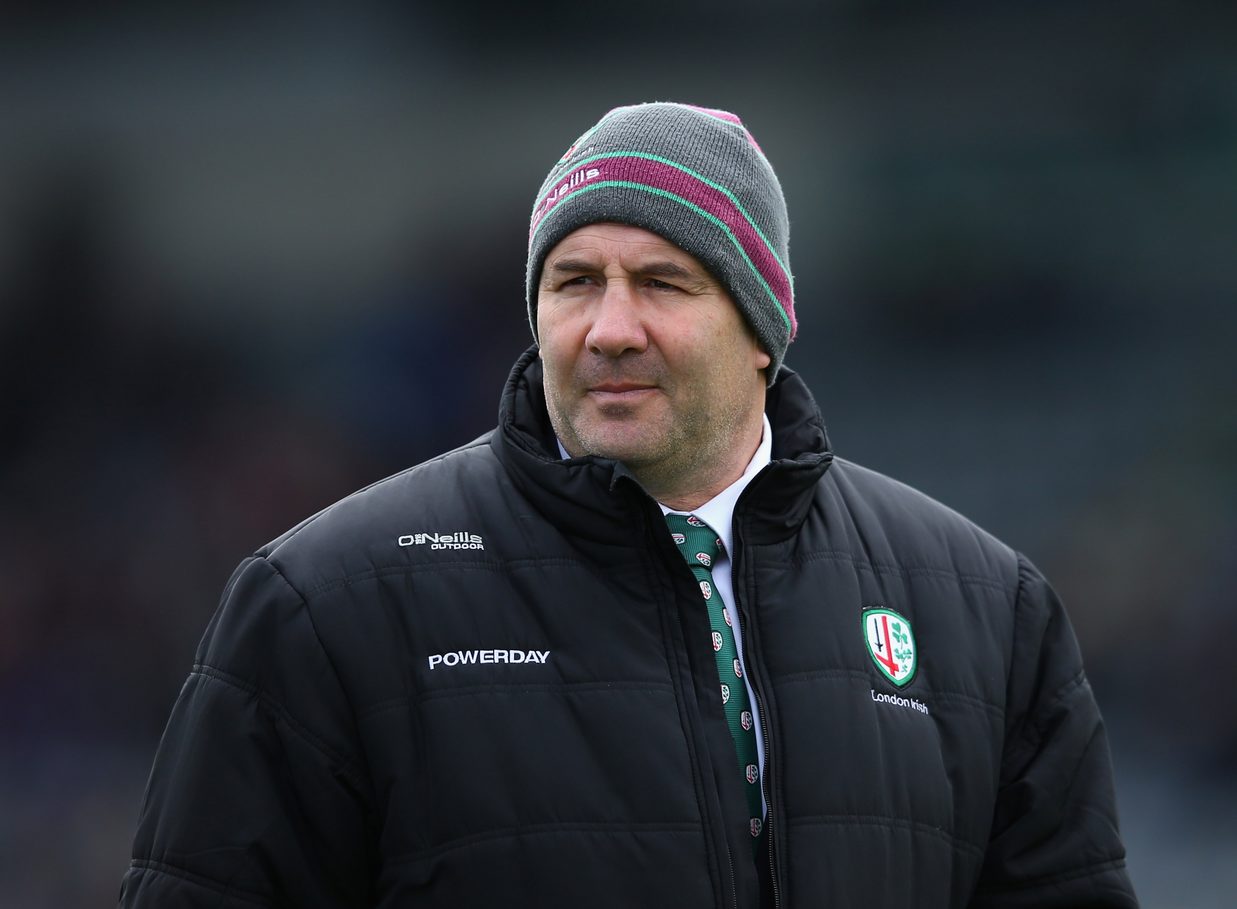 The Newcastle winger profited from a wayward Irish pass to sprint half the length of the field to touch down under the posts, with the Exiles leading 6-3 at the time.

“The try just before half-time was a big moment in the game and it certainly didn’t help as we played a lot of positive rugby,” said Coventry.

Irish, keen to overturn the Falcons’ lead, created a number of chances after the interval with Aseli Tikoirotuma, David Paice and Andrew Fenby puncturing holes in the hosts’ defensive line on a series of occasions.

Composure coupled with a clinical edge proved to be the Exiles’ undoing in the final third as Newcastle’s staunch defence reaped its reward.

Coventry said: “We created a lot of chances, but we were just unable to finish them and it’s happened a few times this season.

“It’s a sign of where we are at the moment and we are lacking a bit of confidence.”

Newcastle sit seven points clear of London Irish at the foot of the Aviva Premiership table with Irish having two games to play against Harlequins and Wasps respectively.

“I’m a positive person and you need to provide a bit of hope for the boys as it’s not mathematically certain that we are down, and it’s not a hopeless situation,” said Coventry.

“We are going to have to be really good to beat Quins and Wasps – we weren’t too far away against Quins at the Stoop in the European quarter-final last week.

“We are a competitive team and you can see that from our performances over the last couple of months. There hasn’t been a team that has really got away from us, so we are going to have to manage those moments and find a way to get across the line.

“We will continue to work hard – the guys have a couple of days off now to get refreshed and ready to prepare for Harlequins,” he added.