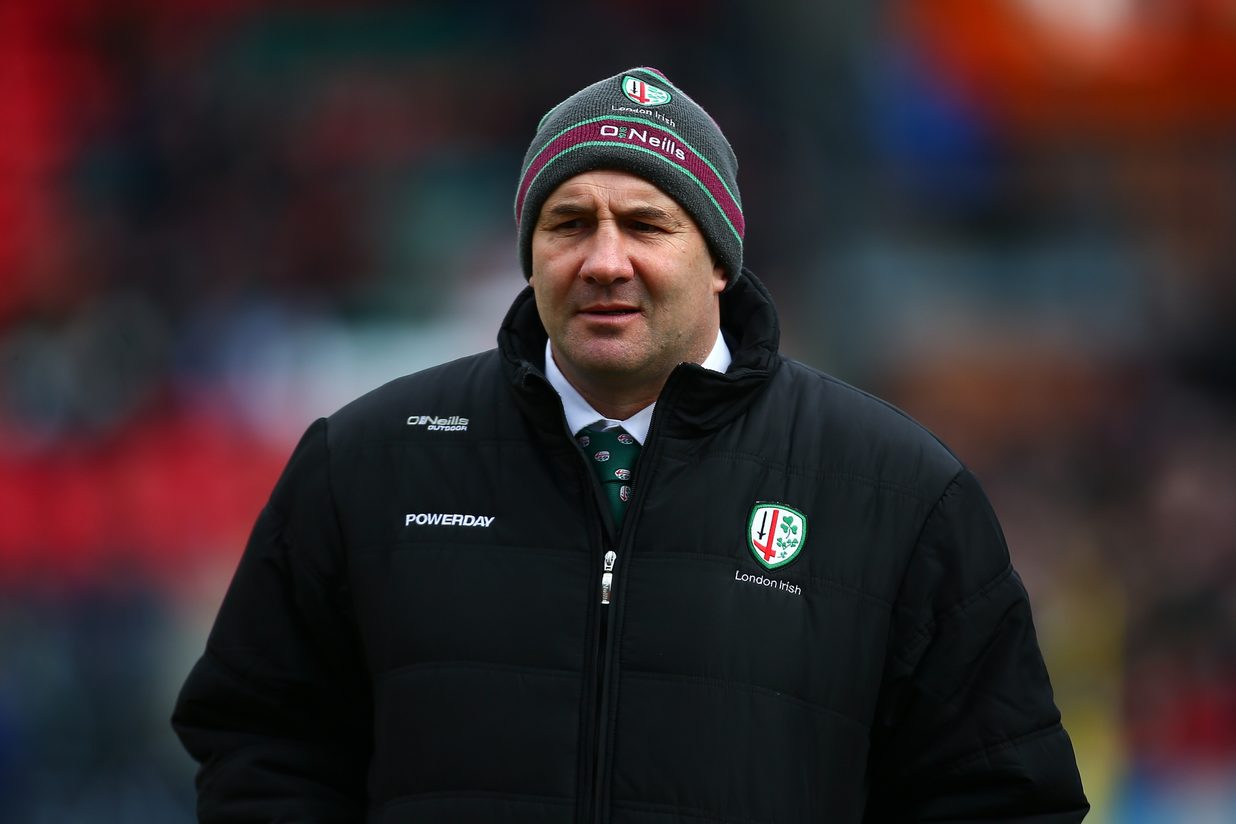 Irish were 25-9 down with just five minutes left on the clock, but a Greig Tonks penalty coupled with Alex Lewington’s score in the corner almost secured a losing bonus point – Tonks subsequent conversion striking the near post to deny Coventry a valuable point.

“I was pretty impressed with the last five minutes when we got ourselves in a state of mind to chase a point down, we played some pretty good rugby,” said Coventry.

“It’s just a pity that we weren’t able to replicate that for the remainder of the game,” he added.

Semesa Rokoduguni’s try just before the break made the Exiles’ task more difficult, with Coventry admitting that it was a pivotal moment in the contest.

He said: “The try conceded just before half-time was frustrating to see – we talked about making sure we were in the match at half-time and going in 11 points down ended up being too hard to chase down.

“We made defensive errors in midfield, particular with Kyle Eastmond breaking through. He had a pretty good day out there for them. They seemed to be able to get through us and our shape far too easily.”

Irish now gear up for their American adventure as they play host to Saracens in New York next week, before returning to the UK to face Gloucester in the St Patrick’s Day game at the Madejski the following week.

Tickets for the St Patrick’s Day game are available from as little as £22 for adults and £4 for kids – book yours now by clicking here or calling our ticket hotline on 0118 968 1016.