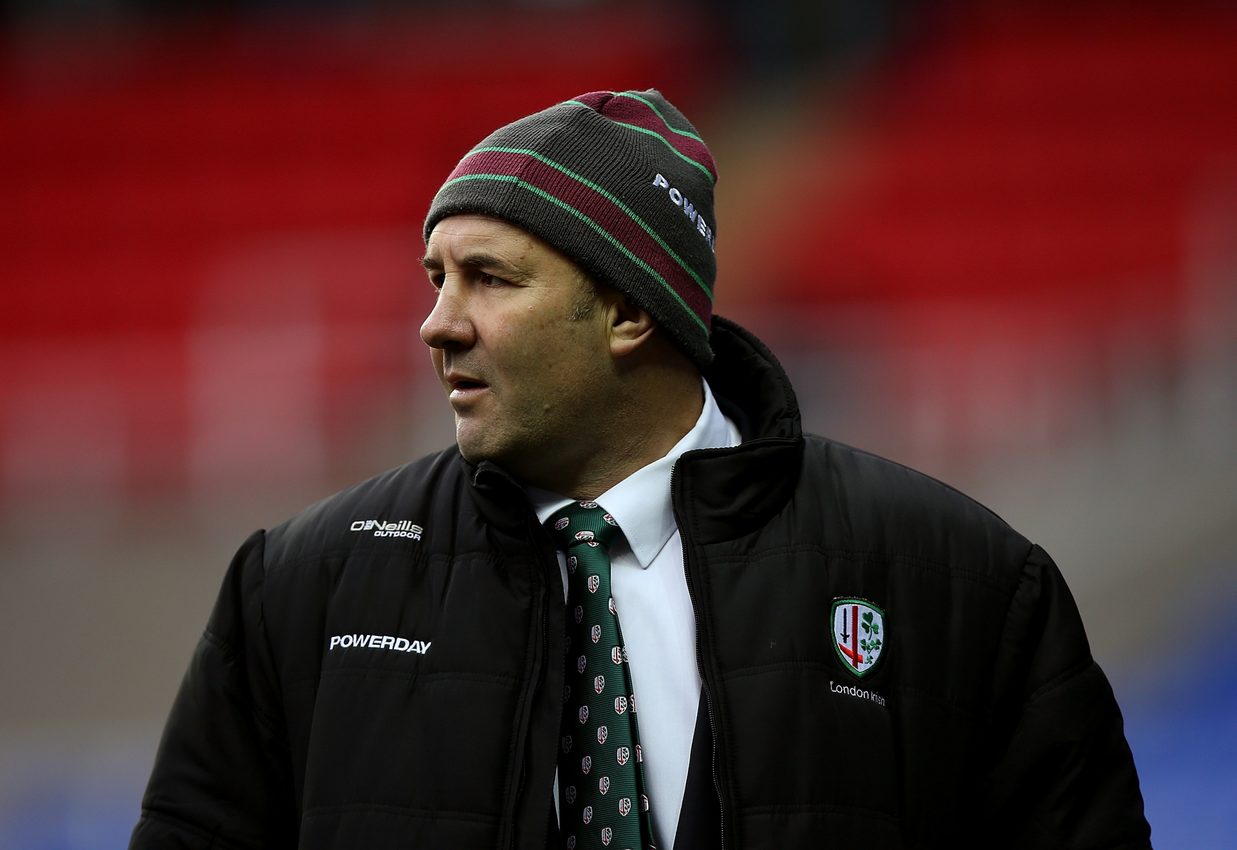 London Irish Head Coach Tom Coventry insists his side must take the positives from their US experience into this Sunday’s St Patrick’s Day showdown with Gloucester at the Madejski Stadium (kick-off 3pm).

In the searing heat of New York, the Exiles put on an encouraging display during their 26-16 defeat to reigning Aviva Premiership champions Saracens. Irish looked like they would have to make do with a losing bonus point after threatening to take all four points. However, Nick Tompkins’ try in the last minute robbed Coventry’s men of a solitary point.

“There are plenty of positives to take away from the game, and we must build on those ahead of this weekend’s game,” said Coventry, who saw his charges agonizingly edged out in the closing stages.

“We’ll rue a few of our decisions at the end of the game, and naturally we are very disappointed with the final outcome.

“Saracens suffocated us, we came out with a plan but we were not able to execute it. I thought we gave away three cheap penalties, which meant they managed to get themselves in front and then we had to play to try and get something out of the match.

Both Irish and Saracens were the trailblazers for Premiership Rugby across the Atlantic, with the sport gaining exposure on the big stage.

Coventry believes rugby can take off in the States, saying: “It’s the fastest growing sport here in the US, so there’s lots of reason to be positive about the experience.

“Unfortunately, we were unable to put the cherry on top of the cake and get the result to make it a particularly fantastic week. But, there's still plenty of positives to take away. Hopefully it becomes a trend that the Premiership can come and play here and be part of this incredible country.”

From as little as £22 for adults and £4 for kids, you can take advantage of a feast of entertainment including Aviva Premiership rugby, live music and our Supporters Village. Click here to buy your tickets online or by call our ticket hotline on 0118 968 1016.