Coventry and Skivington proud of effort versus Saracens 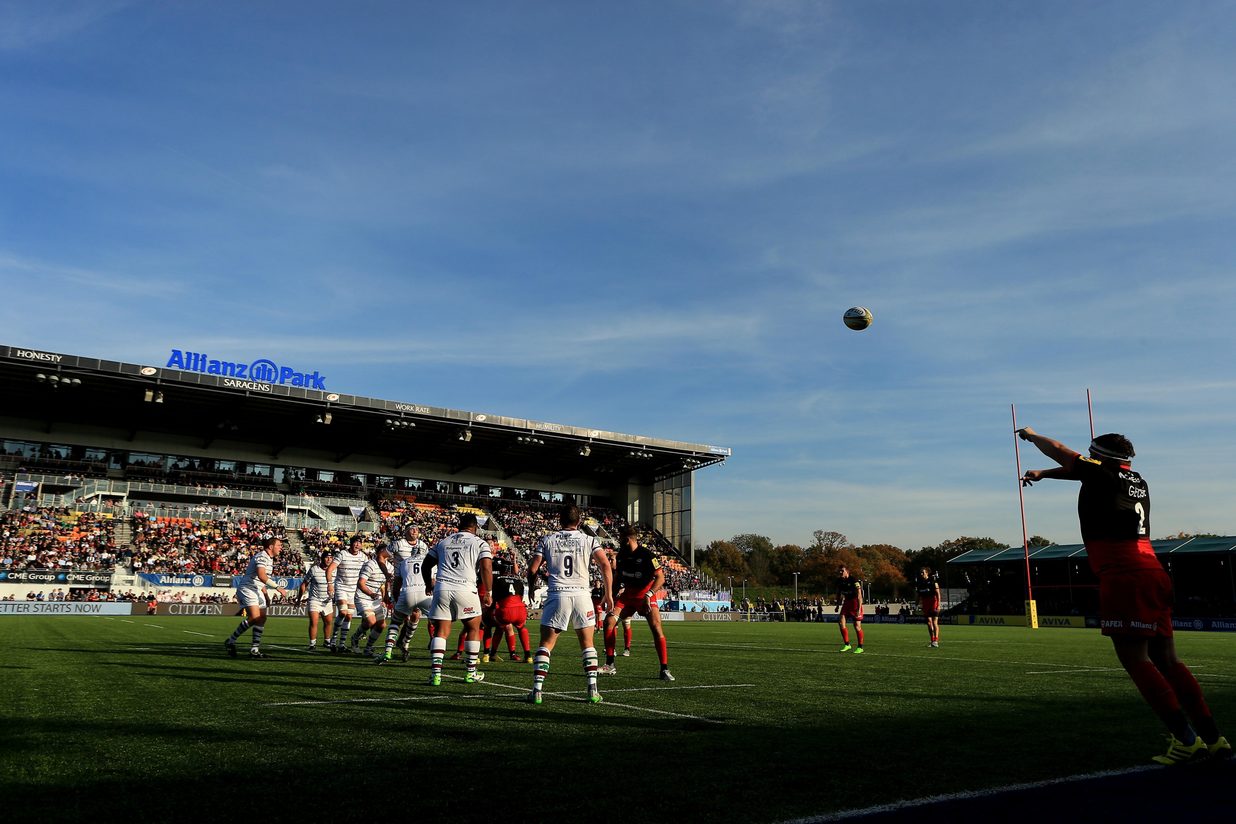 London Irish travelled to Allianz Park for their round three Aviva Premiership clash versus defending champions, Saracens, on Saturday.

In a tough, physical contest it was Saracens who came away with the win, but the 24-14 score line did not do justice to a very impressive Exiles performance.

Despite spending large periods of the game defending in their own 22, London Irish showed incredible determination, holding Saracens out on many occasions.

Aseli Tikoirotuma got his first try in Irish colours with an excellent first half effort, giving the visitors the lead at half time with Saracens restricted to just an Owen Farrell penalty to show for their efforts.

Leo Halavatau crossed for London Irish in the second half, but tries from Alex Goode and Jackson Wray and the boot of Farrell secured the win for Saracens despite London Irish putting in their best performance of the season to date.

“I think we worked really hard. That was a step up from last week, we were embarrassed after that [Exeter] game so all we asked from the boys was to work hard and put their bodies on the line.

“We are obviously very disappointed, we have worked really hard but that is the way it goes sometimes.

“We are a new outfit trying new things. I’m really proud of the effort and I am going to go give them a pat on the back now.”

London Irish Head Coach, Tom Coventry, said after the game: “It was a much better team performance today and something we can get our teeth into finally.”

“We were tough on ourselves after last week. We didn’t offer a lot and we let ourselves down. We worked very hard during the week and looked at our attitude to make sure we bring the right mentality and I think we did that for most of the game.

“We put Saracens under a lot of pressure but they hung in and took their points when they got the chance.

“There were a few errors in our game that were costly. We spent so much time defending they were always going to find a way through eventually and unfortunately the pressure told in the end.

“We have spoken a lot about building a team and earning respect in this competition. We took a backwards step last week but we took a big step forward this week.”

“Next week is another tough one”, continued Skivington. “It doesn’t get any easier. But a big challenge is what you want, we are going to go have a chat, wipe it off and get stuck into next week.”

Match tickets for the next home game against Bath Rugby are available for as little as £22 for adults and £4 for juniors. Click here to purchase your match tickets now or call 0118 968 1016.