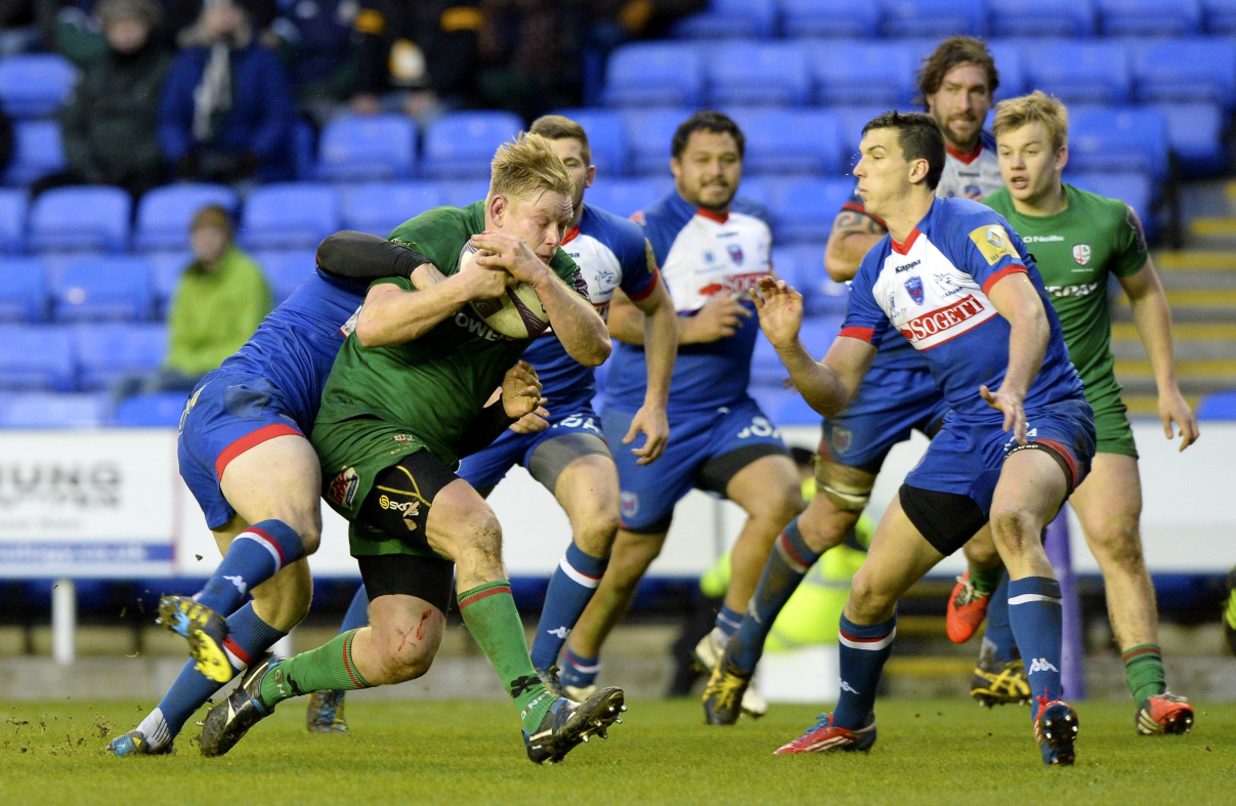 This weekend sees a return to Aviva Premiership action. After two weeks of the European Challenge Cup, which saw London Irish book their home quarter final against Edinburgh, and then two weeks of LV= Cup, London Irish face a trip to defending Premiership Champions Northampton Saints on Friday 13th February.

For the likes of Tom Court, who have had a two week break from playing, they can’t wait to get back into action.

“If you were to say two weeks ago I would be dying to play again now I would have probably laughed at you,” admitted Court, who has been ever present for London Irish, playing in every Premiership game so far this season and being a key member of the Challenge Cup squad.

“Everyone enjoys a week off every now and then,” he continued. “But after a week or so you just want to get back out there.

“I am used to playing most weeks and you get into a rhythm with your game preparation and your recovery so when you’re not playing every week sometimes it feels a bit strange, but I think everyone needs a mental break, especially from the stress and anxiety from the build up to games.

“It has been really refreshing, we had a de-load week and a training week so a chance to get a bit more volume in but mainly a chance to freshen up and prepare yourself for the next run of games.”

And for Irish the next run of games is a very important one. Currently sitting 11th in the table but tied on points with 10th placed side Newcastle Falcons on 21 points, the Exiles face; Saints, Leicester Tigers, London Welsh, Harlequins and Newcastle before their quarter final on Sunday 5th April. This will give the squad the chance to build momentum and confidence ahead of the Challenge Cup knock out as well as an opportunity to climb what is a very congested Aviva Premiership table.

Court knows the challenge facing Irish this weekend, playing the defending champions in their own backyard on a Friday night, but the Irish prop admits it is these sorts of games that he relishes.

“I am looking forward to it, for a lot of the guys I think some of the away games at the revered home grounds in the Premiership like Franklins Gardens have resounding reputations for being tough to play in but that is what we enjoy.

“The crowd always get into it, and with their very strong home record, it is going to be a game the boys remember and it will be very tough but I think that is one thing as a professional you take in your stride and you use an atmosphere like that to drive you on and build you up.

“Some of the most memorable away trips around are the ones where the crowd are cheering and screaming and booing, those are the sort of things you use to get into your head and drive you on rather than let it intimidate you.”

The last time the two sides met back in October it was the Saints who left with spoils. In a closely fought game that saw the Exiles push the champions right to the end, it ended in a 12 – 19 win for the visitors that day but Court is confident that if the Exiles stick to their game plan they can go one better this time around.

“I think the big thing for us is obviously they are a very dangerous team and they have threats from one to 15 and coming off the bench.

“The more we stick to the process and get the basics right the better we are and the closer it will be at the end of the match and that gives us a better chance of coming away with points or a win.

“I think the boys are very aware of how threatening and dangerous Northampton can be, especially off turnover ball, their back three especially score tries for fun.

“We need to make sure we get the defence and organisation right. I know it sounds quite boring and methodical but you look at any team, even at the international level, the teams that get the basics right and stick to their structure are the ones that will open up teams and get the opportunity to score tries.”