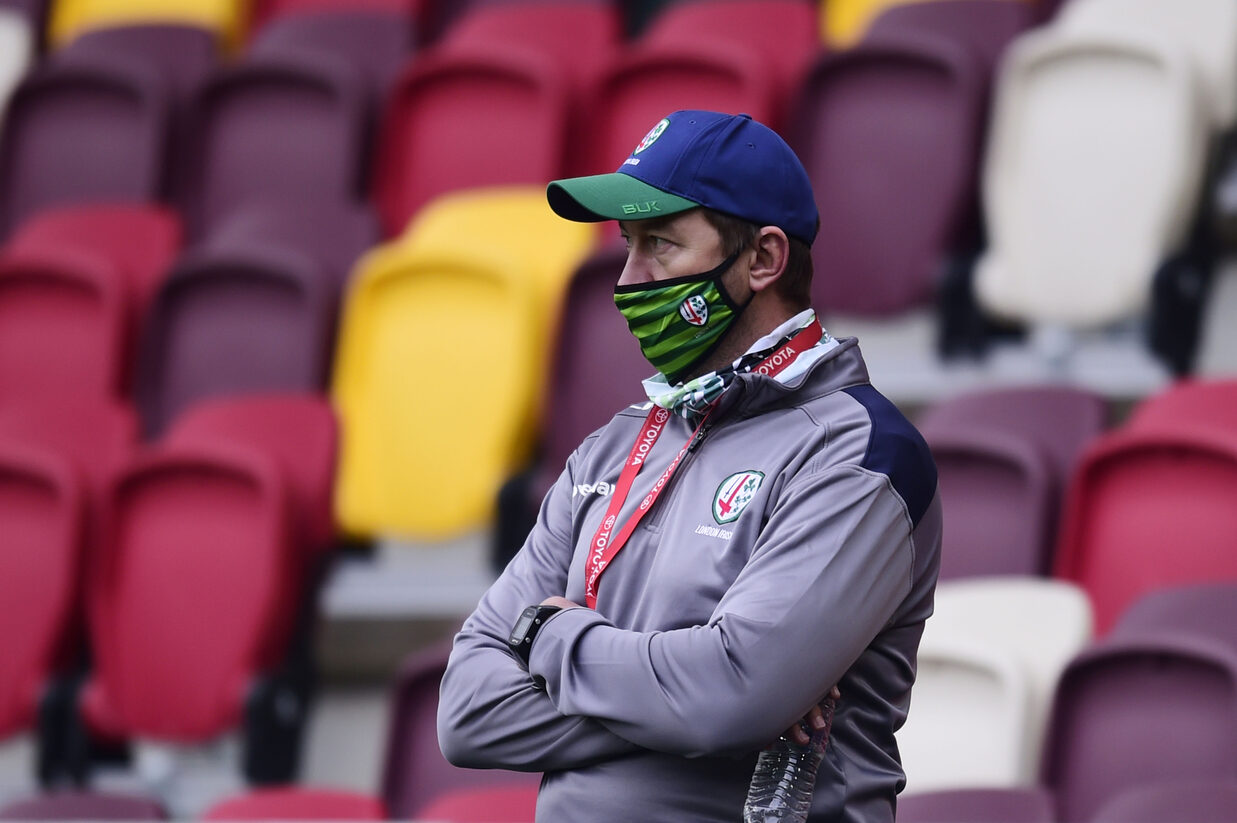 Assistant Coach Corniel van Zyl was in a buoyant mood as he left the training paddock after another day spent helping the squad prepare for Saturday’s trip to Northampton Saints.

Irish managed a remarkable comeback to draw with Sale Sharks 31-31 at the Brentford Community Stadium in Round 2, but van Zyl is hoping to see some improvements that the squad have been working on this week.

“We felt that we could complete our 22 metre entries a bit better and be a bit more clinical,” he said.

“We did have a few good phases in there, but we want to improve on this further. The game is about points scored vs points against. That has been a work-on this week as we prepare to face Northampton on Saturday.

“Discipline and defence are other areas that will stop points being scored against us, so we have worked on that as well.”

Our hosts on Saturday are a team that like to play an expansive style of rugby, and that can build pressure on opposition. Corniel is aware of the challenges that Irish face in Round 3, as he went on to explain.

“The scoreboard pressure is an important thing. We don’t want to be coming back like we did against Sale in very game,” he said.

“Starting well in Northampton is a focus for us. It will be an exciting game, I’m sure. Both teams like to play with the ball, a bit of a mix between Northern Hemisphere and Southern Hemisphere. It will be all about getting in the right position of the field and putting pressure on them.

“Every week in this league presents a different challenge.”

Click here to secure your tickets to home fixtures!